We use cookies to provide you with a better experience. By continuing to browse the site you are agreeing to our use of cookies in accordance with our Cookie Policy.
Home » Top-line growth central to Kellogg’s turnaround efforts

NEW YORK — Kellogg Co. is a company in transition. After years of removing costs to improve profits through efforts like Project K and the adoption of zero-based budgeting, management is shifting its focus to growing the top line. The initiative is significant and has many moving parts, most notably plans to divest the company’s cookies, fruit-flavored snacks, pie crusts and ice cream cones business and the reorganization of its North American sales and supply chain structures.

“If you go back to 2016 and ‘17, all that hard work that was being done helped establish our cost base and actually got us to O.P. (operating profit) growth,” said Steven A. Cahillane, chairman, chief executive officer and president, Nov. 13 during the company’s annual investor day conference. “But you’ve heard me say before that the cost basis is a finite thing, and growth is infinite.

“The type of business that we’re running in ‘16 and ‘17 is not sustainable over time unless you get the top line growing. So, this year has been about driving those investments into the brands and stabilizing our top line.”

“Keeping something like this quiet while running an auction would be virtually impossible,” Mr. Cahillane said. “And, so, being transparent and talking about what we’re going to do and how we’re going to do it is what we elected to do. And again, it’s about shaping a growth portfolio and allowing us to sharpen our focus against our real power brands, which are doing extremely well and we believe will continue to do even better as we sharpen our attention on our investment behind it.” 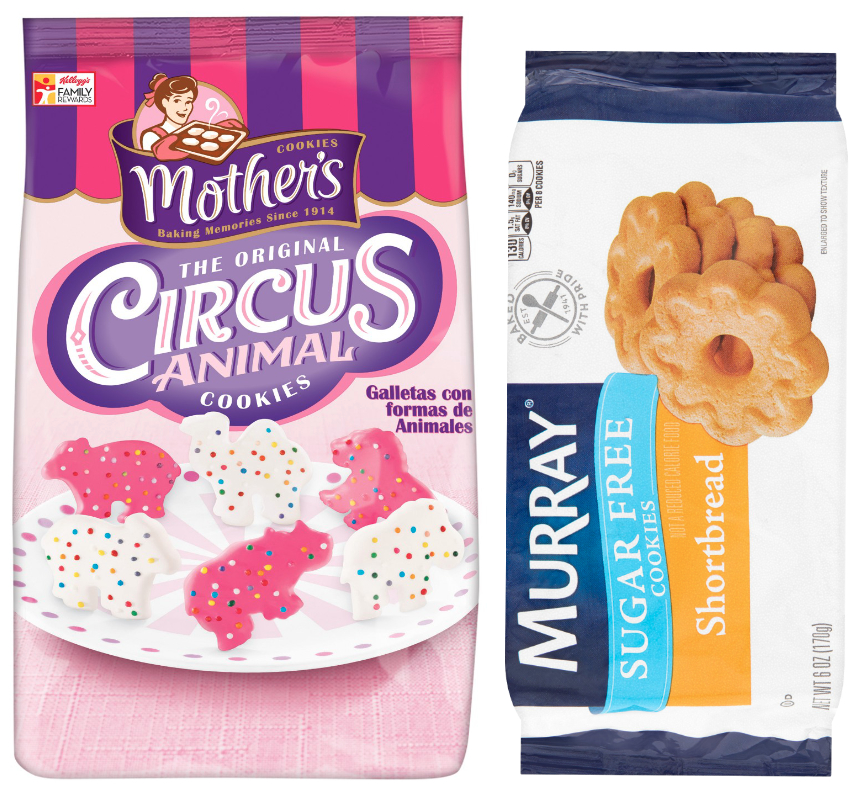 “We have four sales representatives in one aisle of a supermarket, driving four vehicles to and from,” Mr. Cahillane said. “We have four top account executives calling on the headquarters of our customers, and they don’t want that. They don’t like it; they find it inefficient.”

“And we’re eliminating management layers. … We’re taking two full layers out of the organization. This will streamline communication, create a much more agile organization and one that is much more responsive to changes in the external marketplace.”

Management did not issue fiscal 2019 guidance during the investor day presentations, but Mr. Cahillane said the company is aiming for 1% to 3% top-line growth, mid-single-digit operating profit growth, which will drive 6% to 8% earnings-per-share growth.

“That’s the algorithm that works in our business, and that is the journey that we were on,” he said. 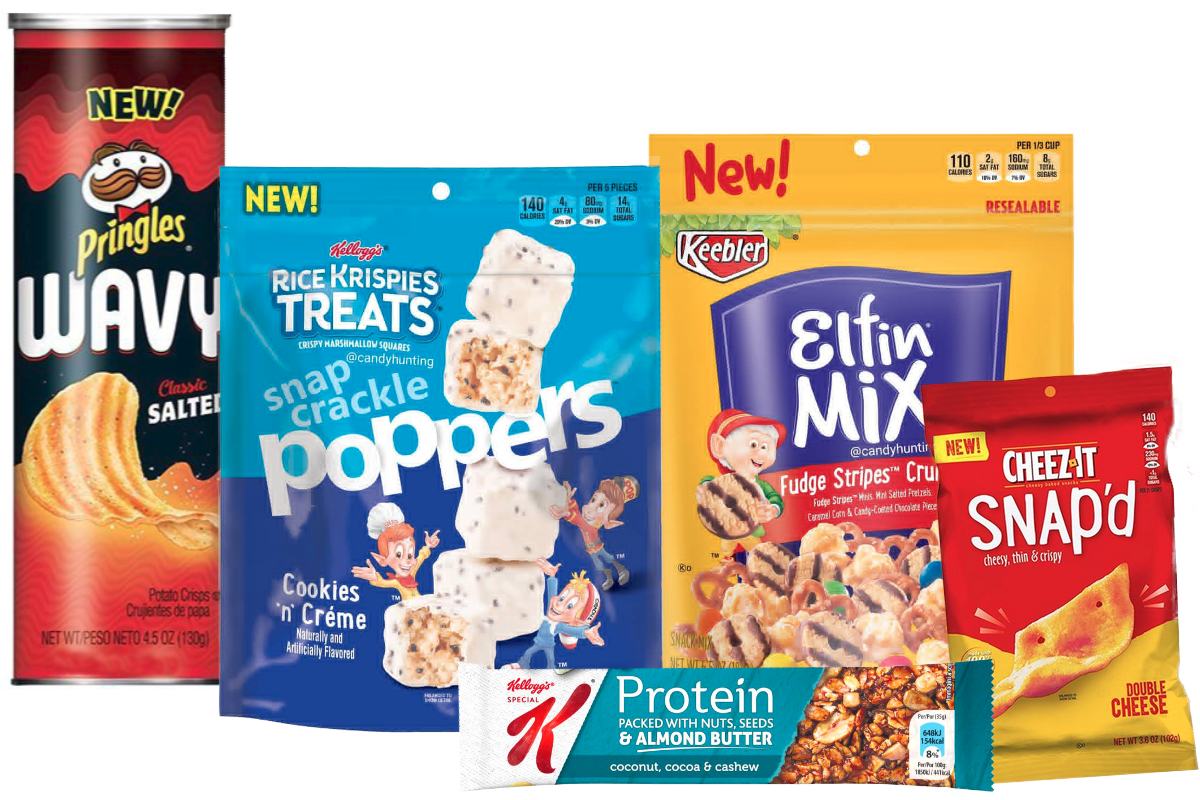 While Kellogg Co. has a significant presence in snacking through its Pringles, Rice Krispies Treats and Cheez-It brands, the company is focused on extending its reach to serving more on-the-go and single-serve occasions.

“Snacks in the context of total Kellogg (sales) represents slightly less than 50% of the company,” Mr. Hood said. “And as you look at that across the markets, it’s 80% in the U.S.”

Most of the company's snacks business is in the U.S., and a driver of growth in the category was Kellogg’s exit from its direct-store delivery system (D.S.D.), said Mr. Hood.

“As you think about the D.S.D. exit, where were we?” he said. “We were in a place where we had a — I shouldn’t say narrowly focused business, because we were focused on the majority of the market from a channel standpoint — but all of the growth was happening outside of the channels where we were focused. 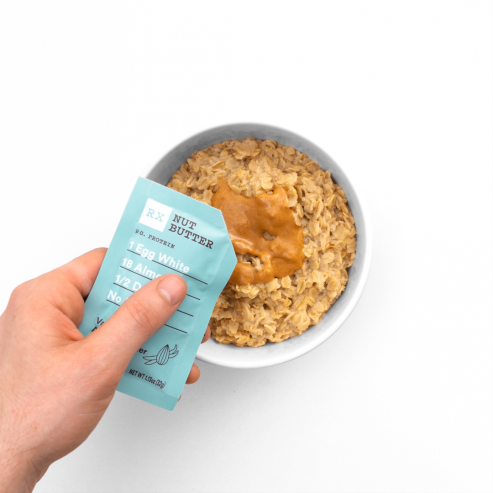 “We had a large, scaled food mass-route-to-market system, but consumers were migrating into multiple channels and, in particular, channels where on-the-go formats were growing significantly. We didn’t have a lot of P.&L. room for investment behind these businesses…”

The transition has allowed Kellogg to extend its reach into new categories and generate improved rates of consumption. Mr. Hood said Pringles, Rice Krispies Treats and Cheez-It are up 20% on year-to-date consumption.

Snack innovation on tap in the coming year includes a wavy variety of Pringles, a bite-size variety of Rice Krispies Treats called Poppers, Cheez-It Snap’d, which are a thin variety of Cheez-It crisps, Special K protein bars, and extending the RXBAR brand into nut butters.

“The combination of all these innovations adds up to a pretty big number for us next year,” Mr. Hood said. “I can safely say that’s the biggest and most aggressive innovation program that we’ve had for many, many years.”

Another initiative underway at Kellogg is the simplification of the cereal aisle, from packaging design to improved manufacturing efficiency.

Another initiative underway at Kellogg is the simplification of the cereal aisle, from packaging design to improved manufacturing efficiency.

“You can’t get good efficiency if you’re running different pack sizes all the time,” Mr. Cahillane said. “You actually can’t display on the same pallets. You can’t have big island displays of products… So, simple things like simplifying the cereal aisle in 2019 are big opportunities for us as well.”

The sale of cereals in developed markets makes up a little over 25% of Kellogg’s sales.

“Right now, we’re investing in the foundation of this business so that it will have stability over time,” said Doug Vandevelde, senior vice-president of global breakfast category for the company. 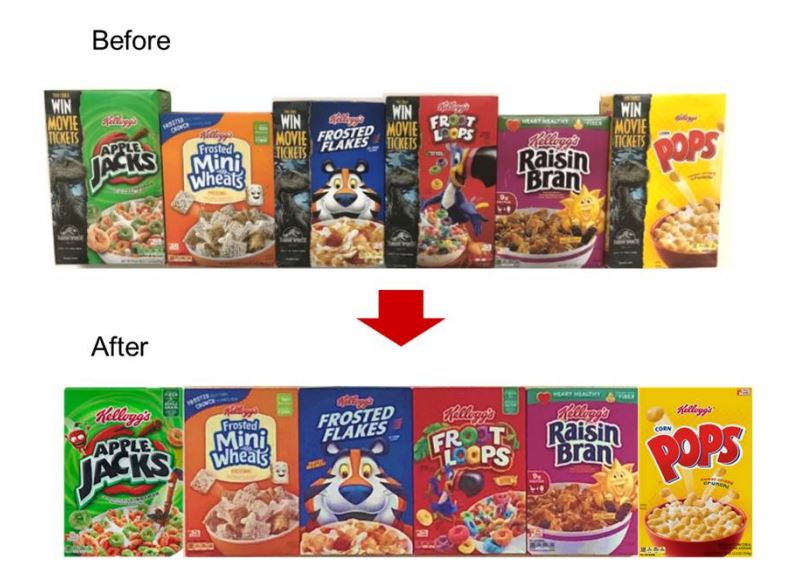 “What will come with that is harmonized cube sizes, which will make us more efficient over time,” Mr. Vandevelde said. “We’ve also moved to reduce case packs. Reduced case packs will allow us to match brands with velocity, with channels, with customers and actually help us improve our distribution over time.

“Within this, we’ve got an improved pricing architecture, a real focus on R.G.M. (revenue growth management) here and getting price realization. And all this will net an optimized assortment. So, a more productive shelf. Our best and highest-turning s.k.u.s in the most distribution possible.”

Mr. Cahillane and his management staff repeated many times during the presentations that Kellogg’s algorithm works when the top line grows, and investments made during the past few years were intended to spur that growth.

“We could probably do a bit of a mea culpa in terms of this year in saying, we wanted to deliver more in terms of our O.P. performance,” he said. “But faced with the choice of continuing the momentum in the top line of the business and investing in that, that’s what we chose to do. Because it is hard work to get a business like ours to return to top line momentum.”