We use cookies to provide you with a better experience. By continuing to browse the site you are agreeing to our use of cookies in accordance with our Cookie Policy.
Skip To Content
Home » Retail headwinds challenge J.M. Smucker in second quarter

ORRVILLE, OHIO — A difficult retail environment challenged the J.M. Smucker Co. during the second quarter of fiscal 2019. Those challenges combined with an expected weaker third quarter due to the sale of the company’s baking mix business prompted management to lower its guidance for the rest of the year.

Mark R. Belgya, chief financial officer, said during a Nov. 28 conference call with earnings analysts that the total sales reduction is due to continued lower net price realization on coffee and peanut butter, and the impact of delayed distribution for pet innovation. He added that the earnings guidance was reduced due to an increase in the company’s effective tax rate, an increase in freight costs, unplanned legal costs recorded during the second quarter, and a shift in timing of $5 million of synergy realization related to the Ainsworth (pet food) acquisition from this fiscal year to next.

“We anticipate third-quarter e.p.s. to decline approximately 20% from last year’s third quarter,” he said. “This is primarily due to an increase in marketing expense, higher input cost for the pet business, lost profits related to the divested baking business and higher interest expense. The prior year’s third quarter also included a low effective tax rate, as the company recorded its initial benefit of the U.S. income tax reform.

“Fourth-quarter e.p.s. growth will be driven primarily by innovation launches within the U.S. pet food segment, distribution expansion for the Nutrish brand and the realization of acquisition synergies.”

In U.S. Retail Pet Foods, the company’s largest business unit, sales rose 32% to $728.1 million when compared with the same period of the previous year. Segment profit ticked up 1% to $123.9 million during the quarter.

Excluding the acquisition of Ainsworth, business unit sales fell $7.2 million, or 1%, during the quarter and segment profit fell $18.1 million. Higher raw material and freight costs were cited as reasons. 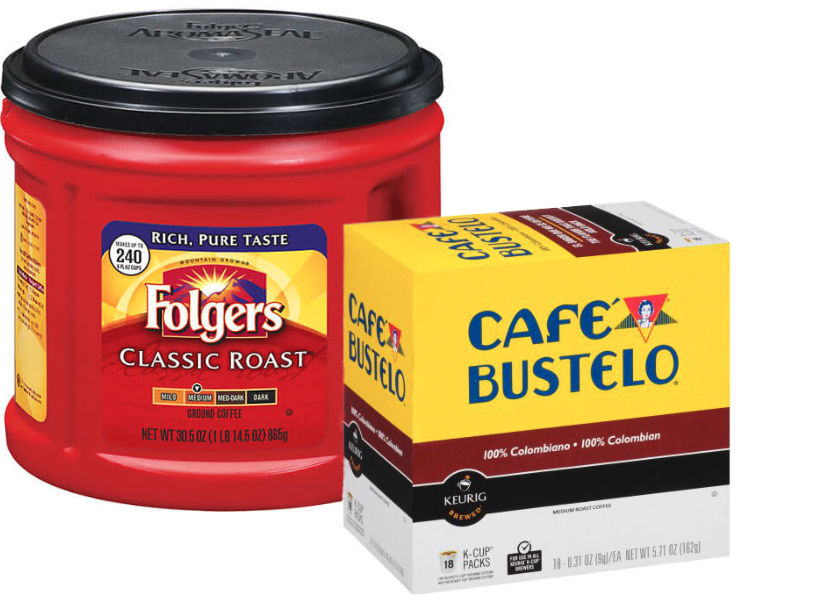 Mr. Belgya added, “Sales for the Folgers brand declined 1% due to lower green coffee cost being passed through to consumers as volume/mix was flat compared to the prior year, and Café Bustelo net sales increased 12%.

“Coffee segment profit increased 15%, reflecting the benefit of favorable green coffee cost and our lower contracted K-Cup cost, which were fully lapped this quarter. This segment profit growth was achieved despite a 40%-plus increase in marketing expense for the quarter, primarily in support of the 1850 brand.”

The Smucker’s, Crisco and Uncrustables brands performed well during the quarter, with Uncrustables sales rising 17%. Sales declined for the R.W. Knudsen brand, and Jif peanut butter sales were flat.

“Segment profit increased 3% in the quarter, as the $27 million gain from the divestiture more than offset the loss of the prior year operating earnings related to the baking business,” Mr. Belgya said. “Excluding these items, segment profit declined 9%, reflecting lower net pricing, primarily for peanut butter and oils and higher peanut cost.”