We use cookies to provide you with a better experience. By continuing to browse the site you are agreeing to our use of cookies in accordance with our Cookie Policy.
Home » Plant-based becoming a 'pillar of food infrastructure'

KANSAS CITY — Not long ago, frequent dietary advice was to eat more fruits and vegetables. Choosing whole grains then became important. Now the two have partnered with legumes, nuts and seeds to bring plant-based foods to the center of the plate.

Plant-derived foods and ingredients are being converted into culinary creations designed to alleviate hunger, provide nutrition and satisfy. They are increasingly being served not because there is a booming vegan or vegetarian movement, but simply because people are choosing non-meat entrées as they heed the recommendations of nutritionists, environmentalists and animal activists who encourage going meat-free a few times per week.

“We are entering a completely new phase of innovation in foods and beverages,” said Julie Mann, global plant protein program manager for Ingredion Inc.. “This is truly a paradigm shift. Plant based is becoming a pillar of food infrastructure. The changes we are making today may influence the future well-being of the people as well as our planet.”

The less is more lifestyle

Flexitarian, “lessitarian,” or “reducetarian" ... whatever the term, several consumers are making efforts to eat less meat. Many vegetable-centric prepared foods, however, rely on animal products, such as butter, cheese, eggs, honey and yogurt, for flavor, functionality and nutrition.

“The addition of dairy-based items as well as eggs to plant-based foods can add richness and depth of flavor,” said Aspen Burkhardt, culinary council member, of  LifeSpice. “An ingredient may also provide some functionality, such as emulsification, leavening and probiotics (from yogurt).”

When making a dish such as cauliflower fried rice, Ms. Burkhardt suggested adding extra vegetables and including the traditional scrambled egg to add protein. With a vegetable wrap or falafel, yogurt sauce adds a desirable acidic/sour note. 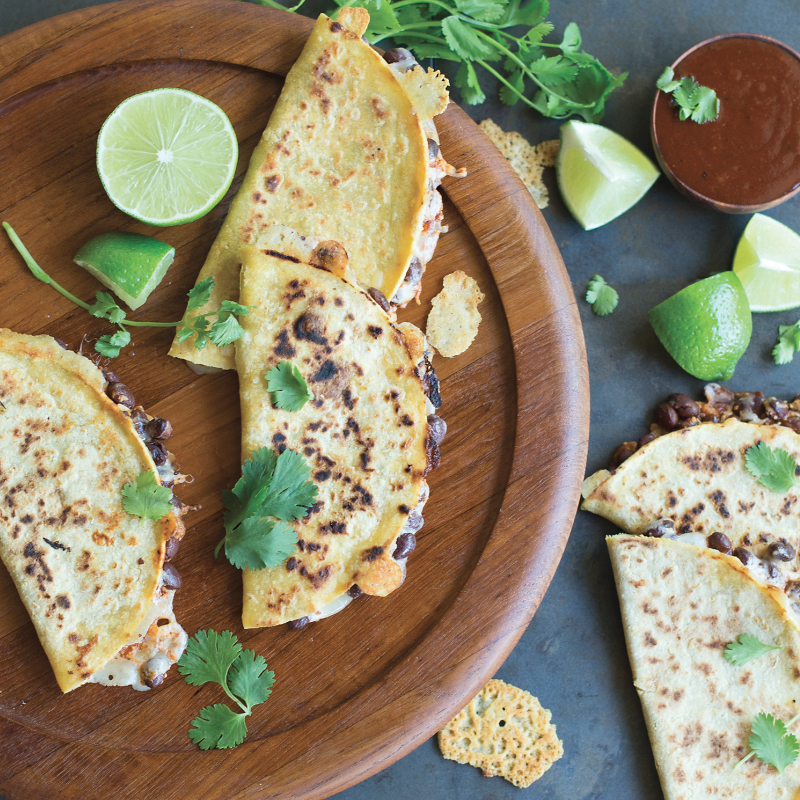 “Maybe it is a little browned butter with herbs over vegetables, such as butternut squash, carrots and parsnips,” Ms. Burkhardt said. “Maybe a sprinkle of cotija cheese on mushroom and squash tacos.”

Whatever it is, it’s a small percent of the total dish. The consumer still looks at the food as being a plant-based meal.

“Instead of thinking in terms of nutritional requirements or a diet, which people view as rigid, today’s consumers prefer to think in terms of lifestyle choices,” said Shayna Snyder, account director for Culinary Visions.

For many, this means more plant-based foods, namely fruits and vegetables, prepared using traditional meat preparations and cooking techniques. This often involves the use of bold flavors to give the ingredients bigger sensory appeal.

“The term flexitarian in no way indicates a vegan status,” said Judson McLester, executive chef and ingredient sales manager for McIlhenny Company/Tabasco Brand Products. “The nature of the term ‘flex’ is utilized here to denote that this group of people is not easily defined and prefers to consume both meat and plant depending on their mood, social setting and impulse desire.

“A key trend to note here is the changing palate of the everyday consumer,” Mr. McLester said. “Complex, spicy flavors are no longer the exception, but the rule for the majority.”

Eighty-seven per cent of 1,500 surveyed consumers said they want to add more vegetables into their diet, according to the 2018 Mindful Dining Study from Culinary Visions. Still, 82% of consumers surveyed said they love meat.

“Consumers are flexible on how they integrate more plant-based foods into their routine and may choose to eat plant-based one day a week or one meal a day, depending on their goals and ideals,” Ms. Snyder said. “The key to this is the freedom to continue eating animal-based foods.”

There is a growing number of plant-derived foods and ingredients to choose from, with opportunities to blend and season them to deliver on nutrition and flavor.

“Instead of making a 100% beef burger to grill, a consumer who is looking to add more plants into the diet might mix the ground beef with some lentils or beans,” said Tim McGreevy, chief executive officer of the USA Dry Pea and Lentil Council. “This option adds fiber, micronutrients, and even makes the burger more affordable. 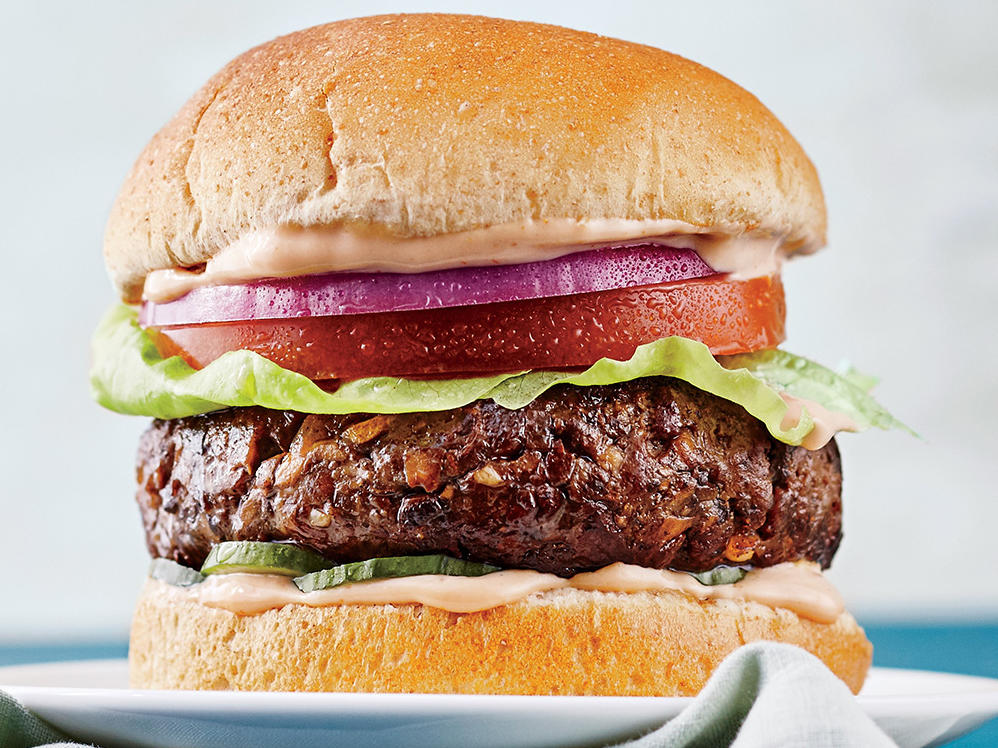 Pulses, the dried form of legumes such as chickpeas, lentils and peas, have become a preferred plant-protein source. They may be the characterizing component of an entrée or side dish or a covert ingredient in a prepared food, such as functioning as a gluten-free alternative to traditional wheat flour.

Ingredion recently showcased a number of plant-based meals at the Institute of Food Technologists' Annual Meeting and Food Exposition in Chicago. The high-protein toasted rye ramen featured fava bean noodles. The same noodles were included in a shitake mushroom broth with roasted apple sofrito. Pea protein isolate was used to boost the protein content of the bun that featured a vegan sausage made from fava bean flour and pea protein isolate and flavored with fennel seeds, oregano and cracked red pepper.

“We have found that fava bean helps boost dairy notes even when dairy is not present in the formula. It also boosts the overall creaminess of soups and sauces,” said Maria Cristina Serrano, senior culinologist at Ingredion. “Lentil flour boosts umami notes, such a roasted garlic and rotisserie chicken.”

Pulses, legumes, seeds and specialty grains are available in many formats, including whole, flour, flakes, grits, meals and more, according to Tara Froemming, marketing coordinator for Healthy Food Ingredients. With so many options, there are more opportunities for incorporating the plant-based ingredients into a variety of applications.

An example is the use of the ancient grain freekeh in meatless meatballs.

“The freekeh is cooked, cooled and mixed with ground almonds, shredded potatoes and a bit of mozzarella cheese,” said Anne Druschitz, corporate research chef for Edlong. “Adding some whole egg binds the mixture together in order to form it into meatballs before they’re baked in the oven.”

The cheese and egg contribute protein. Since the mozzarella cheese has a neutral, non-characterizing profile, cheese flavors may be used to impart more distinctive cheese notes at a lower cost.

Beth Warren, chief commercial officer at Edlong, said, “Plant-based proteins can taste beany and grainy, as well as have a dry or waxy mouthfeel. Masking or formulating to reduce these undesirable attributes is vital to creating a rich, delicious product with a taste profile that consumers expect.

“The foundational characteristics of milk and cream flavors, which are available in dairy-free formats, often provide the rich mouthfeel to a pulse protein without contributing dairy taste characteristics. They improve the overall taste parameters before considering a flavor profile to deliver the authentic taste.”

Working with a clean canvas

Some non-characterizing flavors add dimension without being discernable. When omitted, the food loses its craveability. Certain hot sauces and even ground pepper, for example, may be used in this manner. And a little goes a long way.

“In some applications, Tabasco ingredients are added solely for the umami taste,” Mr. McLester said. “At low usage levels you don’t really get the heat, rather the ingredients function as flavor enhancers.” 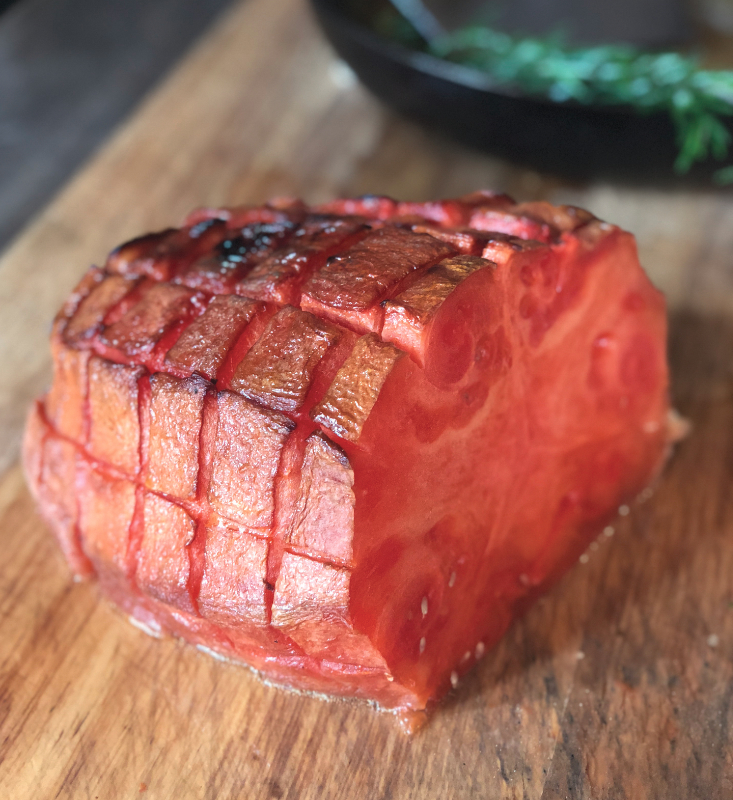 Ducks Eatery, a mostly meat-focused restaurant in New York, now serves what is being called a vegan “wagyumelon” ham. It is a whole watermelon that is brined, dried and smoked, taking up to six days to prepare, according to Ms. Druschitz.

“Then it gets scored, pan-seared and basted in its own juices,” she said. “The same restaurant also makes a burger out of cantaloupe, which is smoked, baked and dehydrated.

“Reducing the moisture in vegetable ingredients through cooking methods like roasting, baking and drying concentrates their inherent flavors and provides textural qualities that are closer to animal-based protein sources,” Ms. Druschitz said. “Adding additional texture properties like creaminess from a yogurt sauce or crunchiness from nuts and seeds takes the eating experience to the next level, where even the most dedicated carnivore doesn’t even miss the meat.”

Flavors, herbs, spices and even meat play a role in transforming plant-based foods from a side dish to the entrée. They may be directly added to the food or indirectly in the form of a sauce or topping.

“We have found that our smokes, grills and cooking method flavors are easily incorporated into center-of-plate offerings and sauces,” said Lydia Suazo, business development director of savory ingredients at Red Arrow Products. “This includes vegetarian and vegan flavors that can greatly up the savory taste of most dishes.”

Jason Behrends, business development at Red Arrow Products, added, “Grill flavors and smokes provide the consumer with the savory, umami flavors they are looking for and elevate plant protein products. Even adding smoked ingredients, such as smoked garlic or smoked ginger, can make a huge difference in the eating experience.”

Cauliflower has become a star attraction in many main courses because of its versatility. It is neutral in color and flavor, and it's easy to prepare. It may be riced, diced or sliced into steaks. And it bakes, grills and steams easily.

“Chefs and food companies are using something familiar — cauliflower — that takes on the flavor of almost anything,” Ms. Burkhardt said. “It’s often easier for people to accept a familiar food presented in a new way. The downside is this carbohydrate doesn’t sustain the body as well as something higher in protein.” 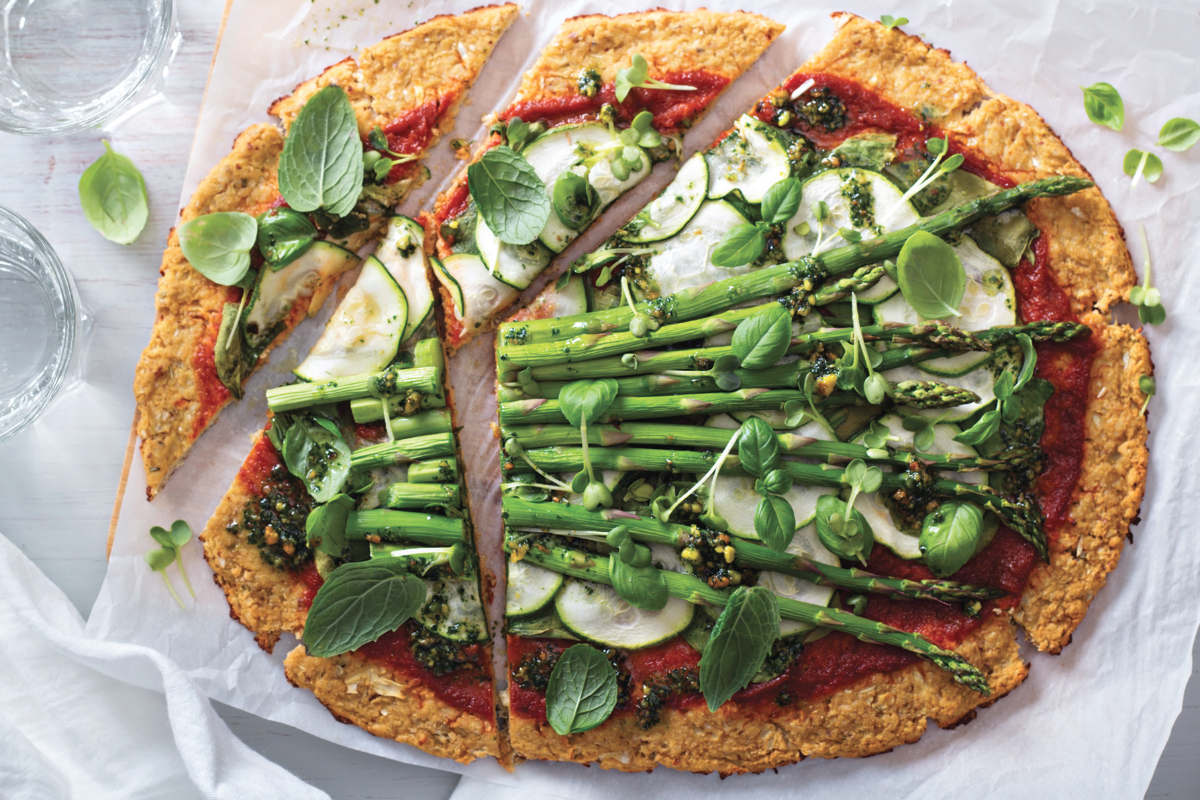 That is why it’s often prepared with dairy ingredients, namely cheese. Melted cheese on a cauliflower pizza crust provides protein, flavor and desirable browning. It also holds other toppings in place. The toppings may be more vegetables, meat substitutes or real pepperoni or Italians sausage.

Jackfruit is also gaining traction as a meat alternative because of its textural similarities to foods such as pulled pork, shredded chicken and fajita beef. Similar to cauliflower in terms of having a neutral flavor, jackfruit readily takes on flavor from seasonings and sauces while mimicking the appearance and mouthfeel of meat.

Mushrooms are great for stuffing. Larger mushrooms with heartier fillings turn the familiar appetizer into a main course.

Vegan interpretations of popular meat-based foods is what you will find at VegeNation in Las Vegas. One of owner/executive Chef Donald Lemperle’s popular dishes is grilled cauliflower — cut to resemble chicken wings — slathered with traditional Buffalo sauce. Another is a dish featuring portobello mushroom sliders with vegetable slaw and sriracha aioli. Other “veganized” menu items include antipasto, chicken pot pie and spaghetti with meatballs.

“Get creative in the kitchen,” said Mr. Lemperle. “It’s all about experimenting, keeping an open mind and feeling good about the impact your plant-based meal is making for animals, the planet and humans.”