KANSAS CITY — Restaurants across the country are embracing plant-based substitutes for meat, eggs and more. At Silver Diner, a Mid-Atlantic chain, customers may order the Just Egg Benedict, a dish prepared with an egg alternative made from mung bean. Just Egg, from San Francisco-based Just, also is launching on the menu at Bareburger, a fast-casual concept with 34 locations in the United States. The product contains about the same amount of protein as chicken eggs with no cholesterol or saturated fat.

“We’re always on the lookout for innovative, sustainable but above all delicious foods like Just Egg to enhance our offerings,” said Euripides Pelekanos, chief executive officer and co-founder of Bareburger. “Vegan options at Bareburger are never an afterthought; we strive to create forward thinking plant-based dishes without sacrificing flavor. Simply put, we always want to do what feels right for our company and our guests.”

Qdoba Mexican Eats, San Diego, is introducing meatless options in select locations with plant-based protein from Impossible Foods, Redwood City, Calif. The product tastes and cooks like beef and is seasoned with a blend of tomatoes, garlic, smoked chilies and paprika. Menu items include the Qdoba Impossible Bowl, with cilantro-lime white rice, black beans, three-cheese queso, pico de gallo and guacamole; and the Qdoba Impossible Taco, which includes red onions, cilantro and salsa verde in a corn tortilla. The fast-casual chain tested Impossible in Michigan and will offer it at more than 730 locations across the country.

“During our test, we quickly learned that consumers loved our unique take on Impossible, making it an easy decision to launch nationally,” said Jill Adams, vice-president of marketing for Qdoba. “Our Impossible offering appeals to both meat lovers and vegans, while also delivering on the big, bold flavors that we’re known for at Qdoba.” 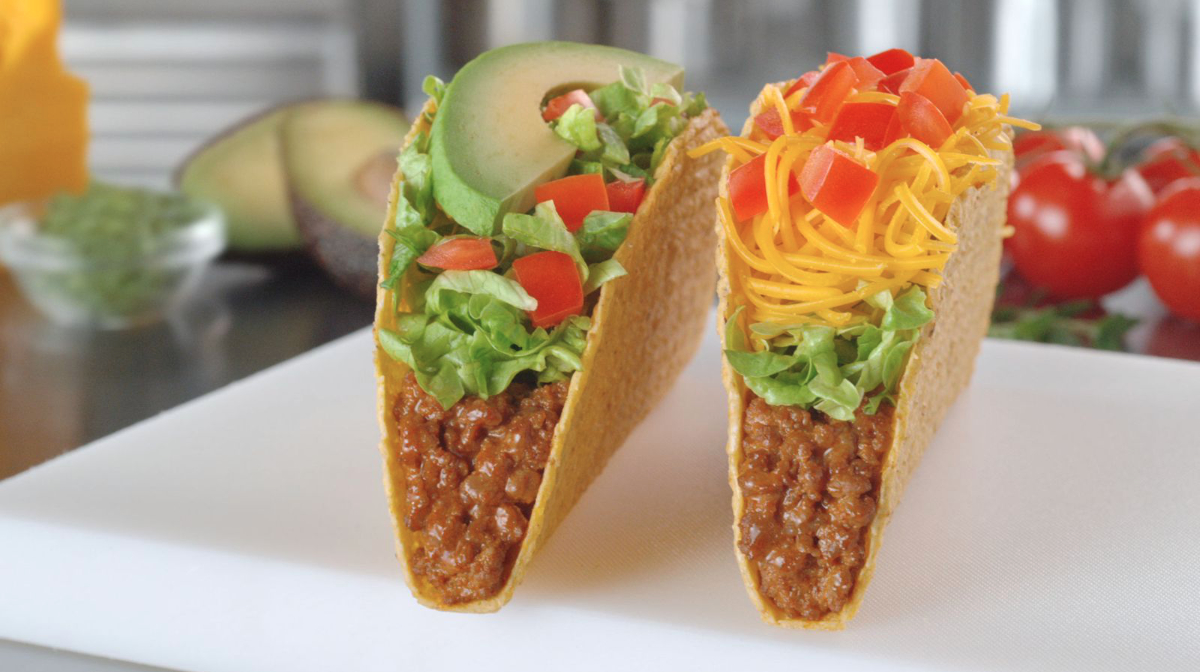 Meanwhile, beefless crumbles from Los Angeles-based Beyond Meat are rolling out at Del Taco Mexican fast-food locations later this month. Following a successful pilot test in South California, the restaurant will expand its offerings of Beyond Avocado Taco and Beyond Taco, each featuring seasoned Beyond Meat crumbles with lettuce, tomatoes and cheese or avocado in a crunchy shell.

“With a growing demand for vegan and vegetarian options among our guests, we saw an opportunity within the space to partner with Beyond Meat to develop a proprietary blend of seasoned, 100% plant-based meat,” said John Cappasola, president and c.e.o. of Del Taco. “After receiving overwhelmingly positive feedback from fans during our tests in Southern California, it only made sense to introduce our Beyond Tacos to a different community where Del Taco has a large and passionate fan base.”

Earlier this year, Burger King announced a test of the meat-free Impossible Whopper with an Impossible Foods burger at St. Louis-area locations, and Carl’s Jr. unveiled the Beyond Famous Star burger with Beyond Meat’s Beyond Burger patty.