We use cookies to provide you with a better experience. By continuing to browse the site you are agreeing to our use of cookies in accordance with our Cookie Policy.
Home » Slideshow: Cottage cheese is cool again

CHICAGO — While conscious aging — growing into your best self over the years — may help hide wrinkles and reduce ailments, certain food perceptions are a giveaway of one’s generation. If you are over 50, there’s a good chance you think of cottage cheese as something your mom, aunt or grandmother ate with canned peaches and a slice of Melba toast. Younger consumers have no recollection of this mash up and positioning, and as a demographic that craves clean, simple, high-quality protein, many are finding cottage cheese to be delicious and satisfying.

The cottage cheese category is ready for a comeback, according to a study from Culinary Visions, Chicago. The survey presented 2,000 consumers across the United States with 25 chef-inspired recipes featuring cottage cheese and discovered high interest in concepts that reimagined cottage cheese with a contemporary twist.

“Cottage cheese has been around forever, and mainly thought of as a diet food,” said Gerard Meyer, chief executive officer of Muuna. “The same was true for yogurt, but yogurt innovated while cottage cheese remained stuck in the past. At Muuna, we decided to reimagine cottage cheese, inside and out, down to our unique, beautiful cup. Today’s consumers want good food that tastes delicious, but 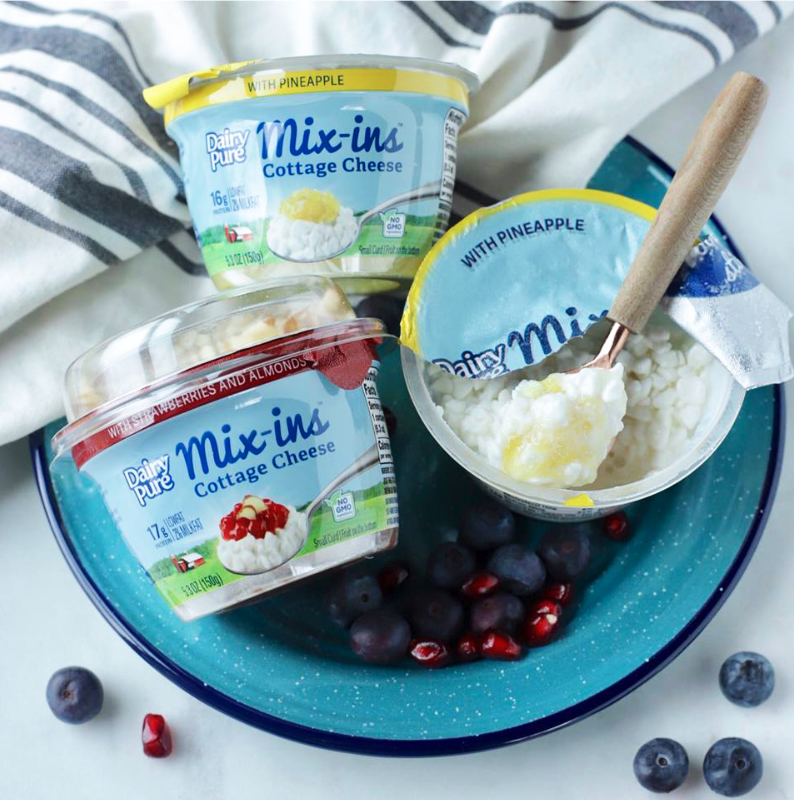 cottage cheese has developed a reputation as boring and bland. So, we spent years creating a proprietary recipe that delivers a melt-in-your-mouth, creamy cottage cheese combined with premium, real pieces of fruit, which will surprise and delight your taste buds.”

Joe Reske, senior director of marketing at Dean Foods, Dallas, said, “We saw an opportunity to shift the perception of cottage cheese as old-fashioned and provide exciting options in a category that has long suffered from a lack of innovation. Our new line of Mix-ins does just that. Our campaign highlights the nutritional benefits of eating cottage cheese, as well as the convenience and innovative flavors Mix-ins offers, all aimed at helping consumers maintain an active and flavor-filled lifestyle, while mixing up their snacking routines.”