We use cookies to provide you with a better experience. By continuing to browse the site you are agreeing to our use of cookies in accordance with our Cookie Policy.
Skip To Content
Home » Protein remains a powerful force in food and beverage innovation

Protein remains a powerful force in food and beverage innovation

KANSAS CITY — The protein trend is white hot and shows no sign of cooling any time soon. Consumer interest in the nutrient is driving innovation and leading to a plethora of products featuring protein claims.

“Protein has been a growth engine throughout the grocery store,” said Chris DuBois, senior vice-president of strategic accounts for Information Resources, Inc., Chicago. “Products with protein claims are growing at 9% per year, three times faster than total U.S. grocery.”

From a sales growth perspective, bakery products featuring a protein claim have seen sales rise 17% compared to a year ago, according to I.R.I. Other categories where products highlighting a protein claim have seen double-digit sales growth include cookies and crackers (14%), frozen meals (13%), frozen meat (13%), refrigerated meals (13%) and snacks (11%).

“It’s not just protein,” Mr. DuBois said. “We are seeing an evolution. The protein story has had a nice run, but now we are seeing it (protein) performing well with other attributes.”

Food and beverage products containing protein and probiotics have seen sales growth of 59% compared to a year ago, according to I.R.I. Other combinations of claims seeing significant sales growth include protein and no antibiotics (41%), protein and whole grains (27%), and protein and G.M.O.-free (21%).

“It’s not just protein. We are seeing an evolution. The protein story has had a nice run, but now we are seeing it (protein) performing well with other attributes.” — Chris DuBois, I.R.I.

“Those are big numbers,” Mr. DuBois said. “They are numbers anybody can be happy about.”

Propelling the trend is consumer interest in adopting a flexitarian diet.

“People are looking for meat substitutes,” Mr. DuBois said. “They want the protein benefit in a non-meat format. That’s why we are seeing a lot of companies innovating in that space.”

“We (I.R.I.) did a lot of work over the years about what is going on, and we are seeing a greater sophistication of brands, flavor profiles and forms being brought to market,” he said. “The older (plant-based) substitutes were a lot more utilitarian in taste and texture.”

For anyone wondering how long consumer interest in meat substitutes will last, Mr. DuBois recommended they visit the dining hall of a nearby college.

“It’s shocking to see how prevalent these options are,” he said. “College food service operators have been catering to students who don’t eat meat for a while. 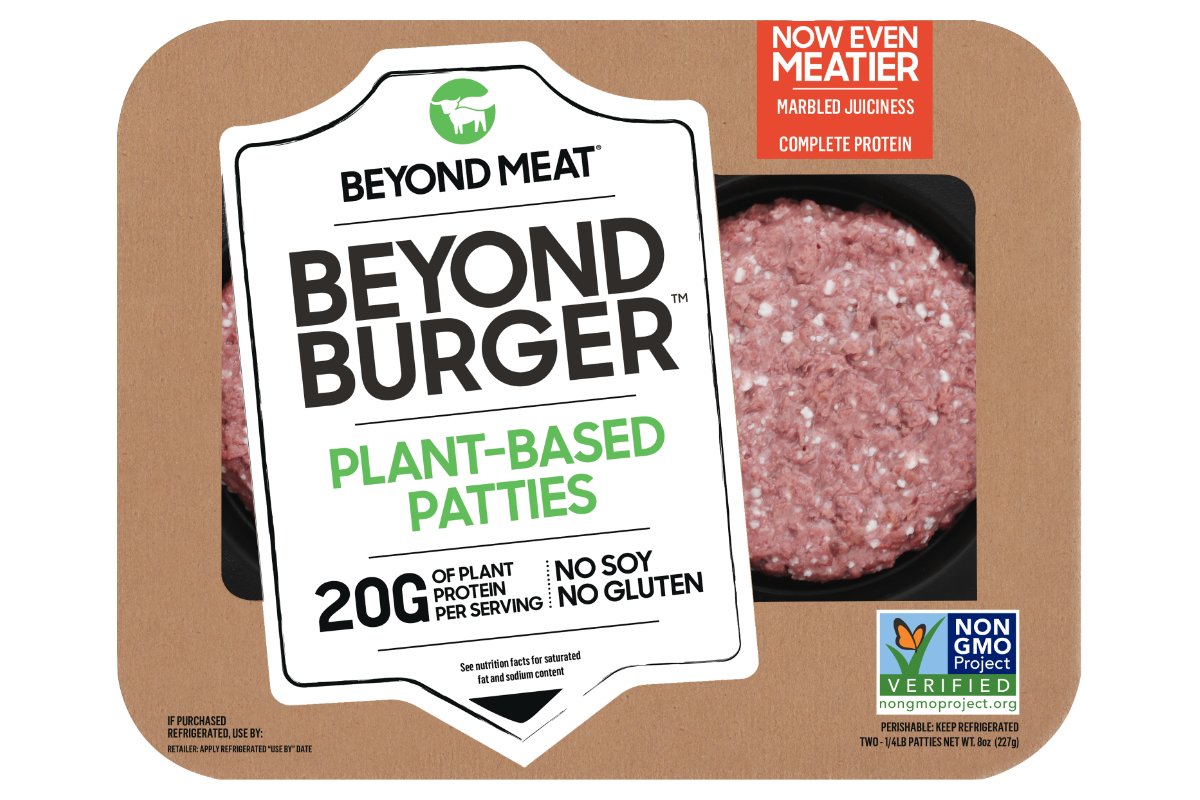 Meat substitutes have a health halo

An issue of concern for the manufacturers of animal-based protein products is how consumers perceive plant-based protein versus animal-based options. That perception was reflected in the International Food Information Council Foundation’s 2019 Food and Health Survey. When asked “How would you rate the healthfulness of each of the following?”, respondents ranked protein from plant sources as the third healthiest ingredient behind fiber and whole grains. Rounding out the top five ingredients perceived as most healthy were omega-3 fatty acids and probiotics.

Animal protein ranked 10th on the list of 12 ingredients, with fortified foods in the No. 11 slot and sodium in the 12th slot. Even more troubling for animal protein manufacturers is the number of survey respondents who said they perceive animal-based protein as unhealthy rose in 2019 when compared to IFIC’s 2018 Food and Health Survey.

A consumer study published by DuPont Nutrition & Health in late 2018 showed similar results. It said increasing demand for plant-based, alternative proteins is fueled by consumers’ perception of the food being healthier and more environmentally friendly. Ninety-six per cent of the people surveyed attributed their motivation for eating non-animal-based proteins to the overall health halo associated with the products. Health attributes respondents specified included heart health, illness prevention and long lifespan.