We use cookies to provide you with a better experience. By continuing to browse the site you are agreeing to our use of cookies in accordance with our Cookie Policy.
Home » Urban shoppers are driving demand for grocery delivery

JACKSONVILLE, FLA. — Food retailers looking to cash in on the growing demand for delivery might want to stick to the city, according to a new report by Acosta.

As city growth continues to outpace that of suburban and rural areas, delivery and non-traditional grocery channels have become increasingly important to the growing urban dwelling demographic.

Convenience is key in the city, where crowded stores and long lines are the norm. Sixty per cent of urban shoppers reported ordering groceries online, and one in four said they ordered groceries online at least once a week. Urban shoppers were 90% more likely to rank online capabilities among their most important attributes. Suburban and rural shoppers, on the other hand, tended to value competitive pricing and high-quality fresh foods over delivery and convenience.

Increasing demand for delivery isn’t the only way urban shoppers are shaking up the traditional grocery shopping world. The report also found they are less reliant on traditional grocery channels for key product groups, including paper products, health and beauty products, condiments and frozen foods. 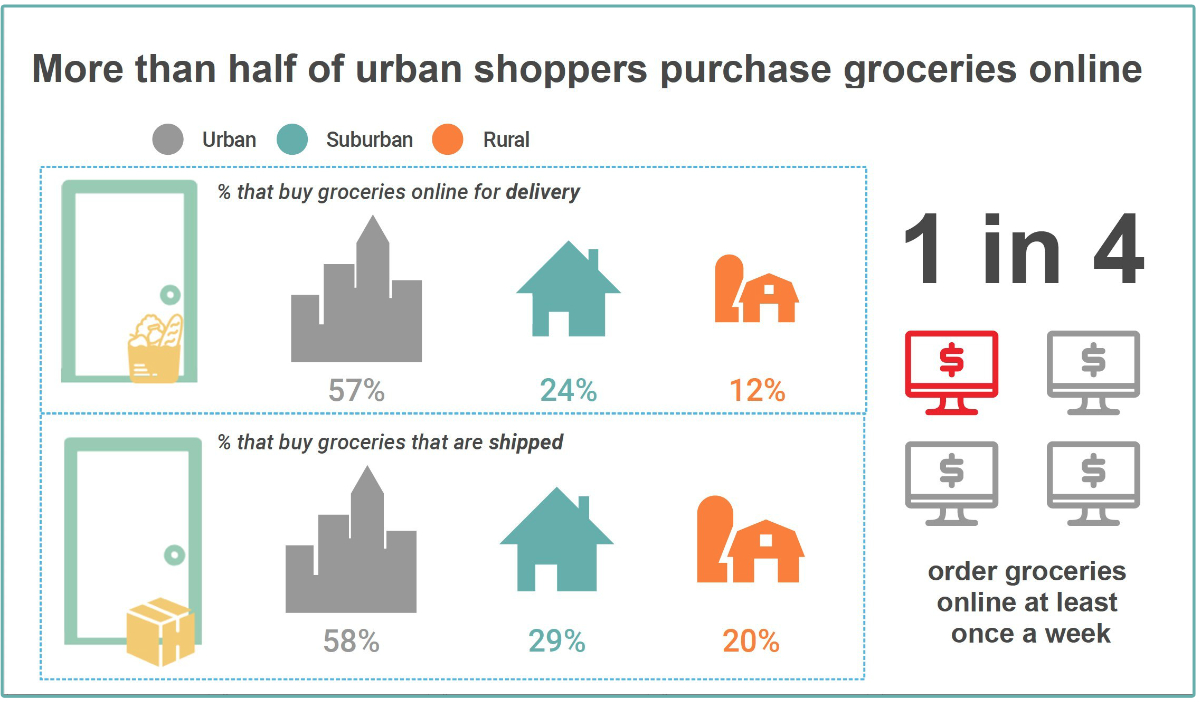 When it comes to in-store shopping experiences, city dwellers love the perimeter. According to Acosta, they were more likely to report utilizing added-value perimeter offerings, and more than half said they made trips specifically for prepared foods.

Acosta recommended retailers boost online capabilities to ensure delivery and pick-up services are simple and convenient. While limited space might mean limited assortment, opportunity also exists for urban grocers to attract in-store shoppers with items that play into the organic, all-natural, sustainable and socially conscious realms. Ensuring a competitive perimeter is also key, as is providing faster checkouts and organized aisles, according to the report.