CHICAGO — Americans have a love-hate relationship with soup. On the one hand they appreciate the convenient nutrition and comforting effect of a bowl of hot soup, while at the same time are adverse to the processed nature and sodium content of many soups. Food service soup, including self-serve stations in supermarkets, help some consumers overlook the negatives, especially when they are loaded with nutrient-dense ingredients representative of today’s clean label focused, plant-based food movement.

Chicago-based Mintel asked 2,000 internet users 18-years and older this past March their opinion of packaged soup. Almost three out of five (59%) agreed it is too processed while 71% said it has too much sodium. More than one-fourth (28%) of those that are parents to children under 18 indicated they appreciate on-the-go packaging for soup, but for the most part, did not find soup convenient for their children’s snacking and portability needs.

There is a lot of room for growth in convenience, namely sipping cups and microwavable bowls. That may help sales.

In general, packaged soup is a flat category. Soup sales grew 1% from 2014 to 2019, and through 2024, when adjusted for inflation, the category’s total sales will be 5% shy of 2019’s performance, according to Mintel’s June 2019 “Soup in the U.S.” report. Yet, many retailers dedicate a large amount of shelf space to packaged soups, mostly in the center-of-store ambient aisle, but increasingly in the refrigerated deli department for more “fresh” concepts.

“To reassure consumers and gain their trust, brands are being forthright about the ingredients, production processes and supply chains used to make and distribute their products,” said Billy Roberts, senior food and drink analyst at Mintel. “Such transparency and explicit ingredient details should counter at least some of the products’ over-processed image.”

One of soup’s best growth opportunities is in plant-forward dining, according to Blount Fine Foods Corp., Fall River, Mass., a supplier of soup’s to food service. The company defines plant forward as eating more fruits, vegetables, whole grains and legumes, and less meat and animal products. This does not mean vegan or vegetarian, as bone broths, egg noodles and cheese seasonings remain components of many plant-forward soups.

Most consumers surveyed by Mintel recognize that soups are an easy way to add more vegetables to the diet, a fact that resonates especially among parents. This is fueling the inclusion of more plant-based proteins, namely beans, lentils and peas, in many new products.

“With plant-based proteins in forms that act as replacements for beef, chicken and sausage, the potential is there for more vegetable- and protein-rich soup concepts that mimic heartier recipes,” Mr. Roberts said.

Another bright spot for packaged soup is internationally inspired recipes. Many are less about the broth and more about the noodles, vegetables and protein.

“Posole is increasingly being served in restaurants, often with hominy and garnish, plus there’s lots of pho and ramen,” said Kara Nielsen, vice-president of trends and marketing, CCD Innovation, Emeryville, Calif.

The use of organic ingredients in soup production is becoming increasingly common, according to U.K.-based Euromonitor. While shelf-stable soup sales struggle, growth is expected among the organic brands.

And, as consumers shift to healthier eating habits that emphasize consuming fresh foods, ready-to-eat soup has become a strong performer for many retailers, according to Euromonitor. Hot-to-go soup bars provide the fresh perception consumers crave. 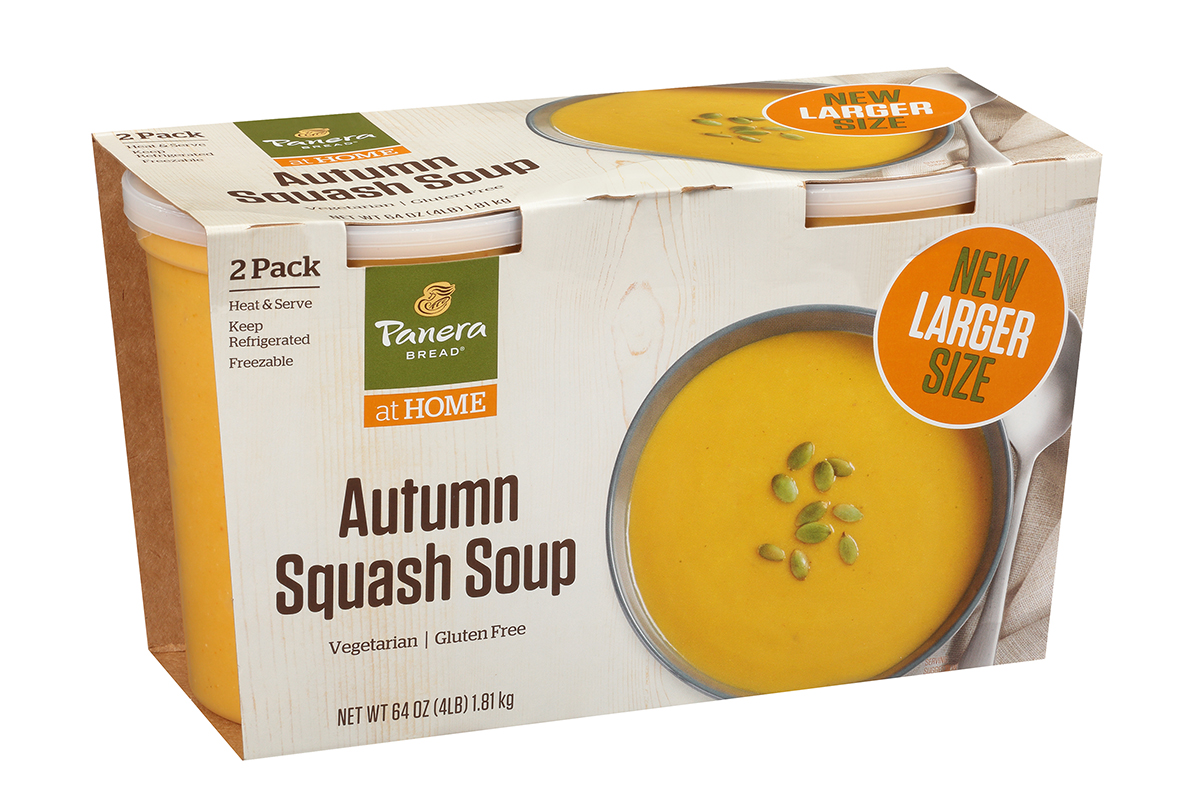 Many shoppers think such soups are made in the store; however, most of the time, companies such as Blount are providing them in bulk bags shipped frozen or refrigerated. Retailers simply heat the soup by dropping the frozen bag in boiling water and then transferring it to kettles in a warming station.

Blount’s on-trend offerings include Mexican Style Meatball Soup, also known as albondigas. This is beef stock with vegetables, spicy peppers and beef and pork meatballs with a hint of lime juice and cilantro. The kale soup with “chourico” features uncured spicy pork chorizo sausage in a chicken broth with kale, potatoes and red kidney beans. The roasted red pepper and smoked gouda bisque provides butterscotch and nutty undertones with a rich, delicate texture. The organic ancient grain minestrone soup offers classic minestrone flavor with an ancient twist from the hearty medley of farro, quinoa and barley.