We use cookies to provide you with a better experience. By continuing to browse the site you are agreeing to our use of cookies in accordance with our Cookie Policy.
Home » Former PepsiCo, Heinz exec has big plans for plant-based cheese

“The plant-based cheese category is at a tipping point, not too dissimilar to where I think plant-based meat was 10 years ago,” he said. “There’s a lot of people in the space whose product quality and nutrition aren’t good.”

Most plant-based cheese alternatives start with coconut oil, which gives a creamy mouthfeel and allows the product to melt or spread like traditional cheese. The downside of oil-based vegan cheeses is they tend to have a weak nutritional profile and are high in saturated fat, Mr. Lambeth said.

Instead of oil, Treeline starts with cashews, which are ground and cultured with the probiotic Lactobacillus Acidophilus. Label-conscious consumers won’t find any food starches, oils, gums, thickeners or artificial preservatives listed on the package. Instead, the products are made with water, lemon juice, sea salt and natural flavors such as herbs, garlic, scallions, pepper and chilies.

“The difference is simple ingredients versus artificial ingredients,” Mr. Lambeth said. “We culture our products like other cheeses and yogurts, unlike our competitors. The result is a soy-free, gluten-free product with simple ingredients, really good nutritionals and healthy fats.”

The process draws on traditional cheese-making methods. Treeline’s products are available in more than 3,000 stores nationwide, including Whole Foods Market and Kroger, as well as some regional restaurants. Additionally, Treeline has partnered with vegetarian meal kit company Purple Carrot.

Mr. Lambeth’s first priority for the company is establishing mainstream distribution. Another focus is expanding the company’s presence in fast-casual restaurants, schools and universities.

Treeline launched its first dairy-free cream cheese last year. Before that, however, there wasn’t much product development beyond a handful of line extensions. That is something else Mr. Lambeth wants to change.

“We feel tremendous runway to mainstream our forms and flavors, whether that’s cream cheese or shredded cheese, grated cheese or sliced cheese, whether that’s mozzarella or cheddar or other types of cheese that are popular with flexitarian consumers,” he said. “We’re pivoting, because a lot of companies in this space really gear only toward vegans and not flexitarians. To do that, you have to meet those consumers where they are in their usage.”

Like most plant-based categories, vegan cheese alternatives are growing at double digits, with U.S. sales reaching $160 million last year, up 19% from the year prior, while conventional cheese was flat, according to the Plant Based Foods Association. Innovation within the category is accelerating, as new brands introduce varieties and forms of dairy-free cheese to keep up with an increasingly competitive landscape. Since 2016, more than 200 companies have entered the North American market.

“I’m not worried about any particular upstart or new entrants,” Mr. Lambeth said. “For me, the category is still wide open for someone to take a real leadership position.” 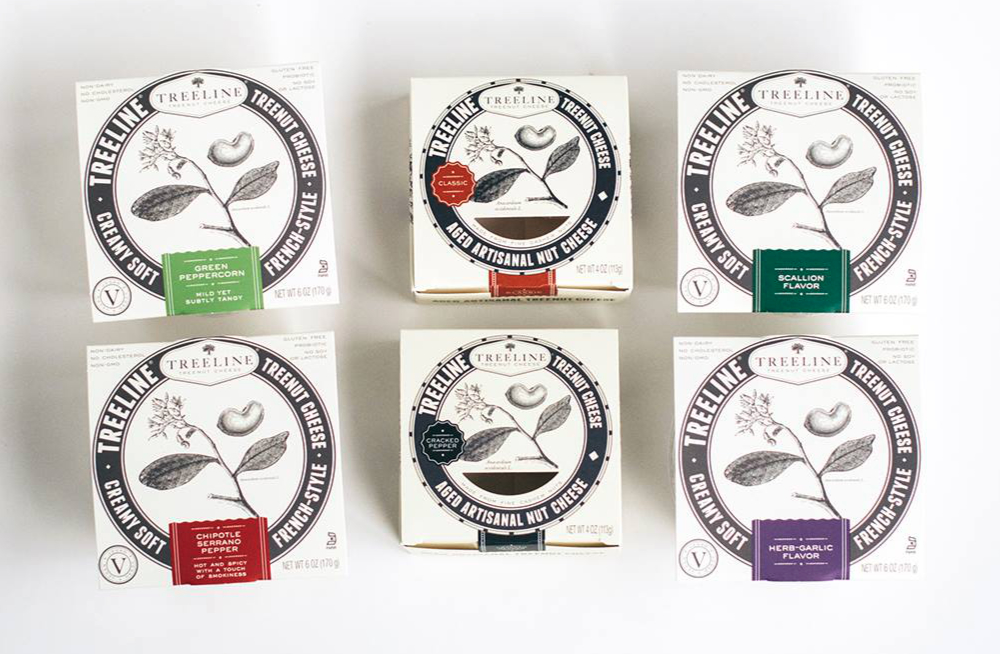 Growing interest in plant-based foods doesn’t necessarily correspond to an increase in vegetarianism or veganism. Many consumers turning to plant-based products don’t follow a strict diet and still consume animal products. To grow, plant-based companies must expand their customer base to include these crossover buyers.

A big part of Mr. Lambeth’s growth strategy involves in-store execution, which he said is critical to securing Treeline’s place as a leader in plant-based cheese alternatives. This includes a focus on merchandising, pricing, shelving, displays, branding and placement strategy.

“One thing I’ve learned along the way, and I think a lot of people forget this, is that the vast majority of product decisions that consumers try are made in-store,” he said. “It’s not a TV ad. It’s not a coupon. It’s not a digital place. It is literally a consumer in the store discovering your product, picking up your package, looking at it and saying, ‘Hmm, I’m going to try this.’”