We use cookies to provide you with a better experience. By continuing to browse the site you are agreeing to our use of cookies in accordance with our Cookie Policy.
Home » U.S.D.A. lowers 2019 corn, soybean, wheat forecasts 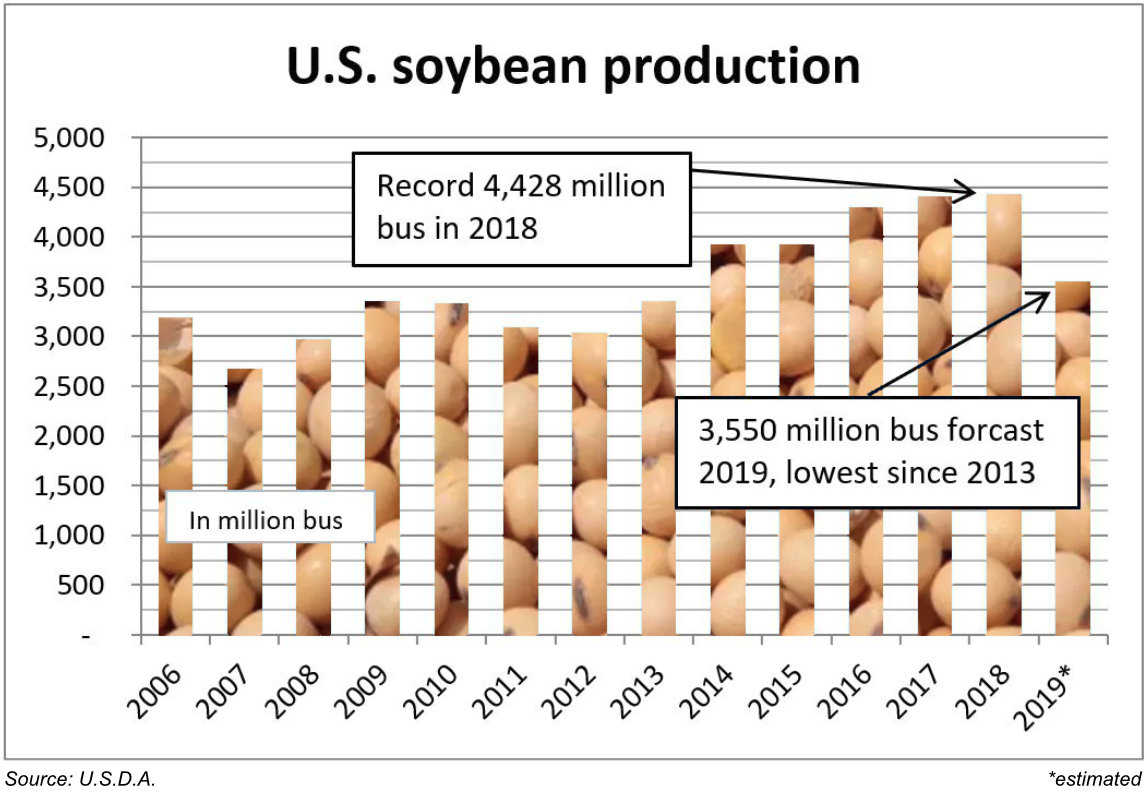 The U.S.D.A. corn production and soybean yield and production forecasts all were above the average of pre-report trade expectations while the corn yield forecast was below the average. The trade had expected the U.S.D.A. to lower harvested area for both corn and soybeans, but those numbers were left unchanged.

Nearby Chicago corn futures were modestly higher while soybean futures were lower after the 11:00 a.m. Central time release of the report. Minneapolis spring wheat futures also were higher.

Because of late harvest of the spring wheat and durum crops in the Upper Midwest, the U.S.D.A. resurveyed farmers in some states and revised wheat estimates from its September Small Grains 2019 Summary. Winter wheat estimates were not revised. 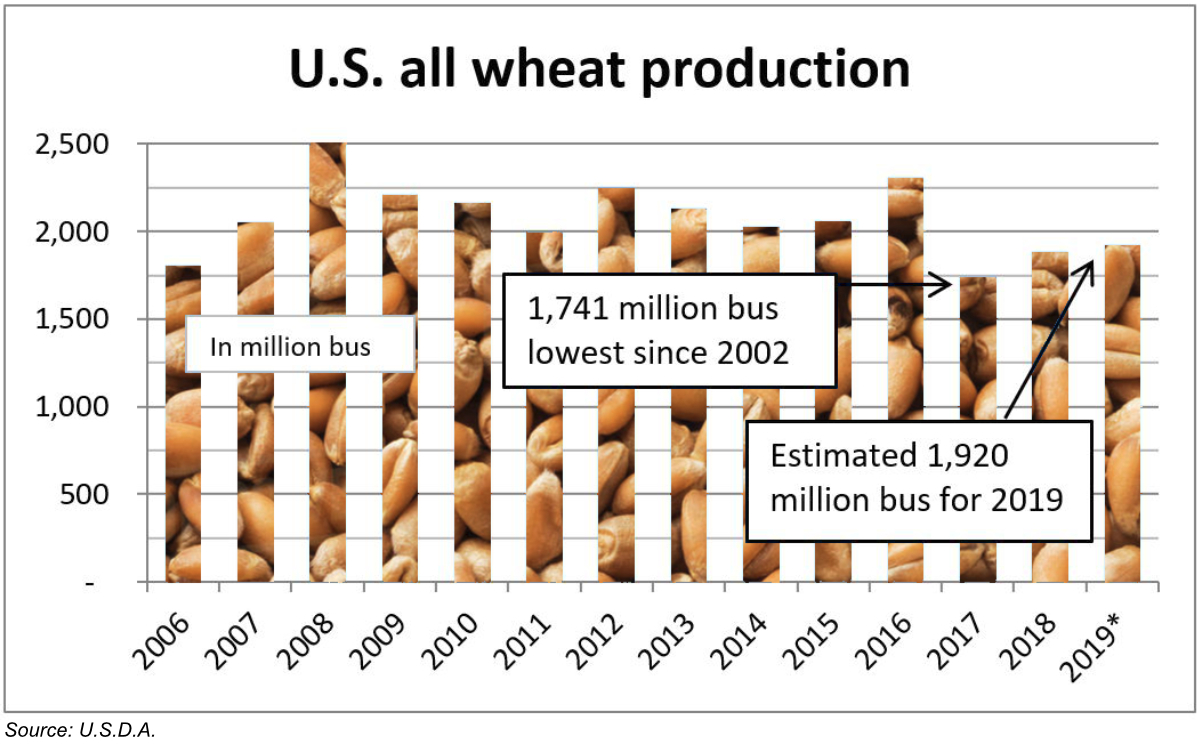 “Due to late season precipitation and a mid-October snow, producers in Montana and North Dakota reported difficulties completing harvest activities and noted quality concerns,” the U.S.D.A. said of the durum and other spring wheat crops.