KANSAS CITY — It takes approximately 10 lbs of milk to make 1 lb of cheese, demonstrating that cheese is a dense source of milk solids, namely high-quality protein (contains all of the essential amino acids in the ratio that the body requires) and a range of fats. Despite the overarching plant-based movement influencing consumers’ grocery spending, this “concentrated” animal-derived food continues to experience year-after-year growth, once again showing that what consumers say and what they do does not always jive.

Per-capita consumption of cheese has more than doubled in the 40-year period from 1978 (16.8 lbs) to 2018 (37.9 lbs), according to data from the Economic Research Service of the U.S. Department of Agriculture. New forms, varieties and uses are responsible for most of this growth.

Cheese is the one category where plant-based alternatives have little power. While there are a number of players trying to reproduce the flavor, melt, mouthfeel and stretch of natural cheese, dairy cheese controls this space. 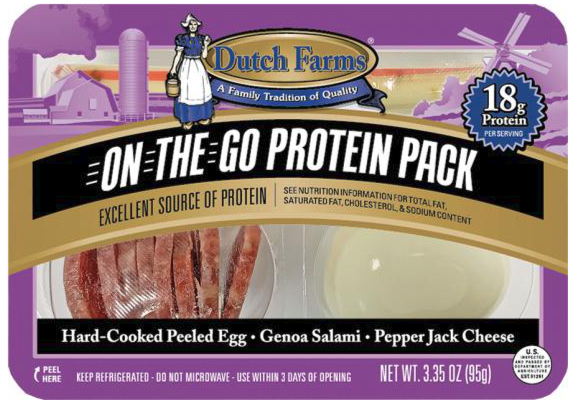 Cheese also is used in many prepared foods positioned as plant-based products, as plant-based and vegetarian does not mean vegan. Cheese may be found in everything from vegetable lasagna to salad kits to pea protein snack puffs. In fact, it’s estimated that approximately one-third of all cheese consumed in the United States is as an ingredient in prepared foods, which is likely due to its versatility and its ability to make everything taste better. Traditional favorites such as cheddar and mozzarella comprise more than half of all-natural cheese consumption, according to the U.S.D.A., but authentic ethnic cheeses and creatively flavored American-type cheeses are gaining traction, especially as snacking and entertaining foods.

While cheese may be shining, other dairy categories are struggling as consumers explore the many varied new plant-based options entering the marketplace. Processors are adding value to differentiate, and in many instances, it’s working.

Fluid milk sales have been declining for the past few decades and may finally be stabilizing at retail. While skim and low-fat white milk retail sales were down 4.7% ($6,453.3 million) for the 52 weeks ended Aug. 11, 2019, whole white milk sales were up 2.6% ($4,326.4 million). Value-added brands in each of these segments experienced noteworthy growth. 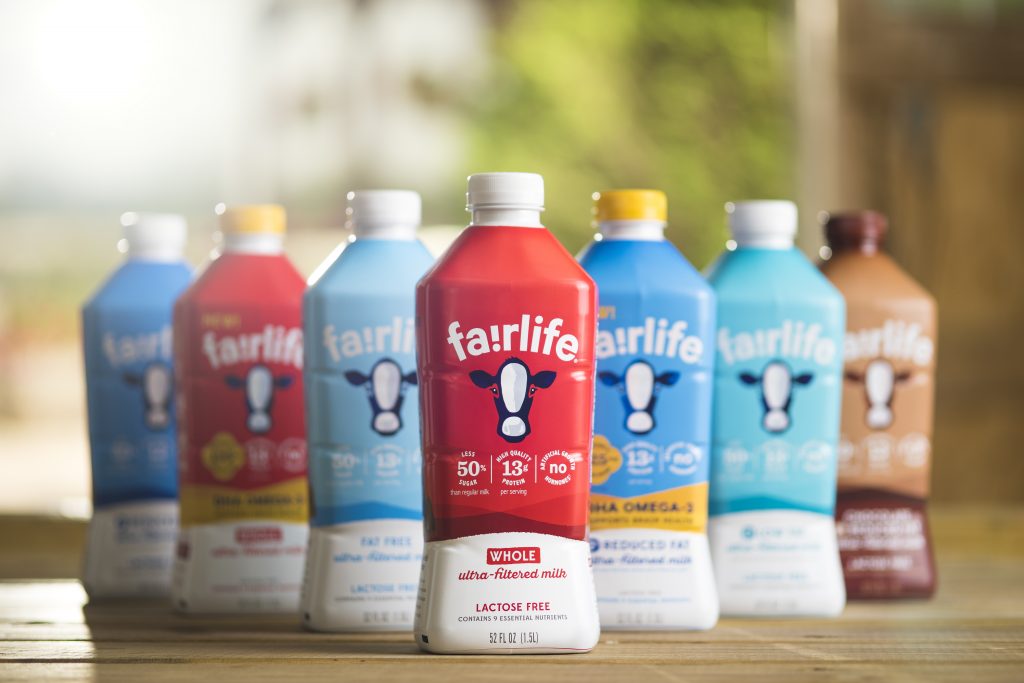 The Lactaid brand of milk produced by H.P. Hood, Boston, has a strong following of milk-loving consumers who have a lactose intolerance or sensitivity. Lactaid low-fat and skim milk sales were up 2.3% to $416.3 million, while Lactaid whole milk sales increased 11%, ringing in at $165.9 million.

This endorsement presents a great deal of opportunity for creative packaging of single-serve portions of white milk. Value-added formulations may make sense for children over five. Value comes in the form of fortification and enrichment, as well as adding flavor while keeping added sugars low or even better, at zero grams per serving.

Prairie Farms, Edwardsville, Ill., (13.6%, $60 million) and Kemps L.L.C., Minneapolis, (14%, $24.1 million) both experienced noteworthy growth. Much of this may be attributed to their limited-edition and seasonal flavors, which create an urgency to purchase and explore. 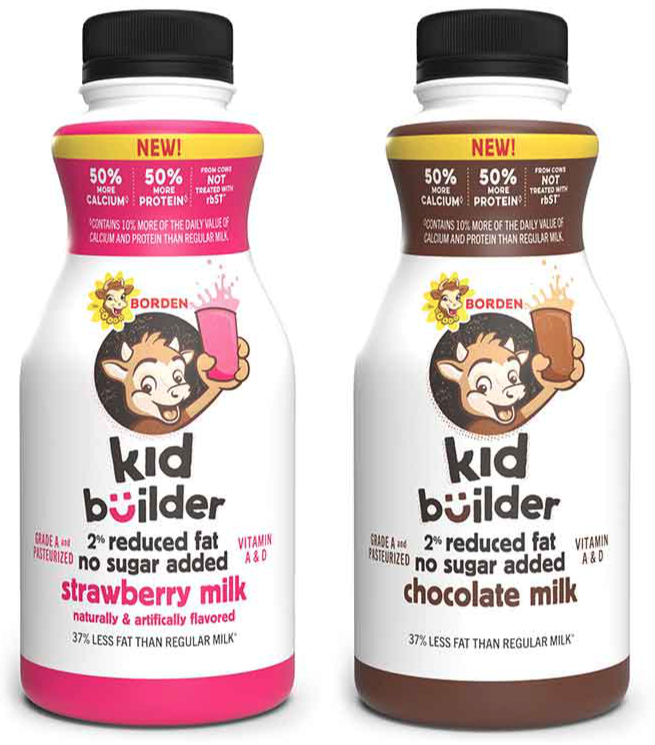 Dallas-based Borden Dairy sees this space as an opportunity and recently rolled out Borden Kid Builder milk in chocolate and strawberry flavors. The no-sugar-added, enriched 2% fat milk is designed for older children’s taste preferences and nutritional needs, as it contains 50% more protein and calcium than regular milk.

Live Real Farms, a new brand owned and managed by Dairy Farmers of America, Kansas City, Kas., has taken an entirely different approach toward fluid milk innovation with its new Dairy Plus Milk Blends. Using a unique blending process, the company combines cow’s milk with either almonds or oats.

While protein content and quality continue to be important messages for dairy processors, the appeal of high-protein, lower-calorie ice cream appears to be waning. Category leader Halo Top, which entered into an acquisition agreement with Wells Enterprises Inc., Le Mars, Iowa, on Sept. 9, 2019, was down 36% in retail sales to $214.3 million, which is approximately 3.8% share of the multi-serve packaged retail ice cream category. Overall, the category was down 1.6% in sales, ringing in at $5,552 million. Frozen novelties, on the other hand, have been a bright spot, with sales up 5.1% to $4,575.8 million. This may be attributed to the portion-control attribute that helps limit calorie intake, while also allowing for some indulgence.

Yogurt retail dollar sales dropped 1.8% to $7,080.3 million. This is attributed to increased competition from plant-based brands coupled with a greater variety of high-protein foods in the marketplace. Whole milk yogurt sales are strong, while non-fat sales remain in the red, where they have been the past few years.

Butter consumption, on the other hand, is at an all-time high, with per-capita consumption in 2018 at 5.8 lbs. This includes retail butter, as well as butter used in baked foods and the preparation of all types of foods, even coffee. Butter, along with its close relative ghee, and all types of dairy creamers, have been experiencing unprecedented retail sales growth as a result of consumers’ growing interest in high-fat, low-carbohydrate diets such as keto.