We use cookies to provide you with a better experience. By continuing to browse the site you are agreeing to our use of cookies in accordance with our Cookie Policy.
Home » Interest in ready-to-eat entrees surges

KANSAS CITY — With convenience still at the very top of most consumers’ wish lists, demand for ready-to-eat entrees continues to surge.

And more and more, time-starved shoppers are turning to their retail grocery perimeter departments for meals that deliver not only convenience but also flavor, quality and value.

Dallas-based FreshOne, L.L.C.’s FreshTake entree lineup can include as many as 30 stock-keeping units at any given time, but the core of the company’s offer is about 12 items, said Bill Ford, FreshOne’s director of sales and marketing.

Beyond the core 12 items, FreshOne’s culinary team creates items for specific regions of the country, Mr. Ford said. These might include Asian, Mexican or fish dishes.

“Families want to get back to the dinner table,” he said. “They’re tired of fast food, and they’re tired of spending money for quality food in restaurants.”

What FreshOne is aiming for, he said, is “a restaurant quality meal you can take home, sit at the table and spend time with their family.”

More and more families, he added, want to do just that. Yes, they’re busier, but Mr. Ford said they realize and understand that family time around the table is something that they value and want to protect.

FreshOne believes its products are well-qualified to meet the need of time-starved people who nevertheless want to preserve some of the old- fashioned family values.

“We did a lot of consumer focus groups around this, and we think we understand what families have asked for, and we’re trying to accomplish that in terms of the products, sizes and even the values they’re trying to instill at home around the table,” he said.

FreshOne has come up with a unique way to helping to make this happen. All FreshTake entrees have a sticker on the package that contains a question for a family member to ask at the dinner table to spark conversation. One example: “If you could be a superhero for a day, who would you be and why?”

The company also has a dedicated web site, freshtakefamily.com, that features about 300 of those questions, plus advice for parents on how to better relate to their kids. A lot of people become FreshOne customers through the site, Mr. Ford said.

“We want to help them, encourage them,” he said. “We did a workshop with families a few years ago. A mom raised her hand and said, ‘I just want to know what’s going on in our kids’ heads.’ I understand what they’re thinking. So we created all this content to help families understand what their kids are learning. They’re learning values. Moms and dads really want the values to come from them.” 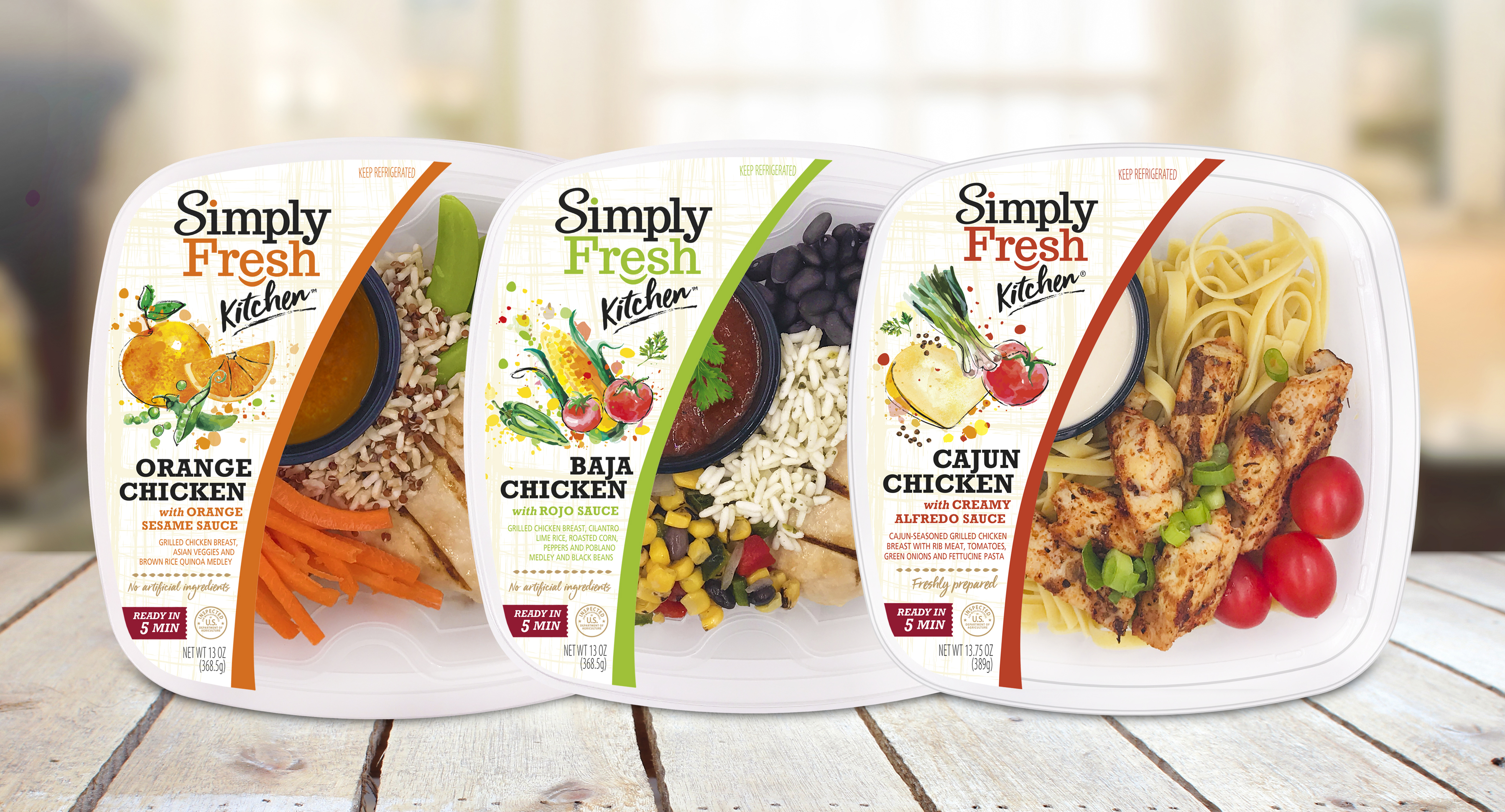 All items can be merchandised either packaged or in hot cases in prepared foods sections.

“For us it isn’t all about quantity but also quality,” Mr. Shoshan said of FiveStar’s entree options for the retail perimeter, which range from Truffle Mac ‘n Cheese to Chicken Parmesan. “We are regularly adding new and unique recipes to our innovation pipeline, which is in constant motion, while not deviating too far from the time-honored and proven classics.”

Reinventing and reimagining old favorites — while also staying on-trend with timely and relevant flavors — is FiveStar’s specialty, he added.

Many of the culinary trends with retail consumers start in restaurants, Mr. Shoshan said. Currently, Mexican and Italian cuisine is popular and has a high level of acceptance by consumers, he said. Spicy, ethnic and plant-based are three of the buzz words resonating with consumers today, he added.

“Consumers are seeking variety and want many options,” he said. “The growth in interest for plant-based entrees is a newer phenomenon, and we offer both many protein and plant-based offerings so every consumer has their needs met.” 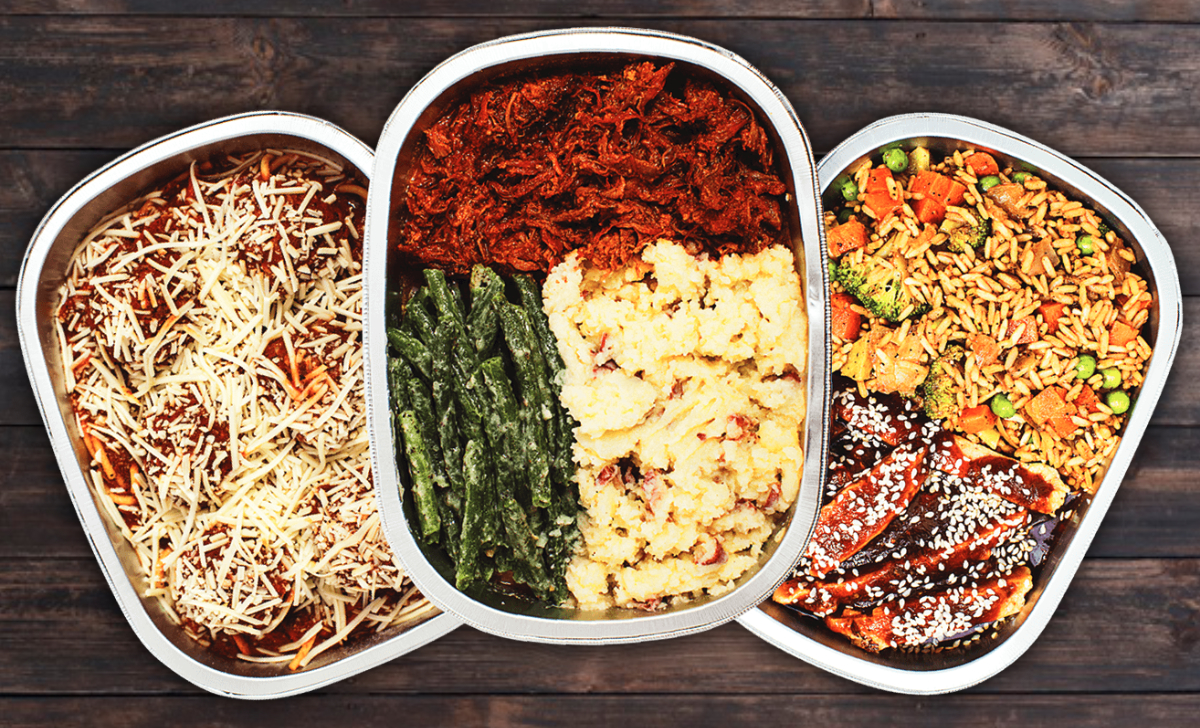 As important as its family-first messaging is, for FreshOne, it all comes back to the quality of the food. The fish items and Asian items are among FreshOne’s more recent efforts to appeal to different target markets, Mr. Ford said.

Fish is a healthier option for families that want variety but may not want beef, he said.  FreshOne’s grilled salmon and Alaskan pollock with lemon herbs have sold very well in some markets, he said.

Other recent hits include cheesy chicken enchiladas and a just-introduced southwest casserole.

“The trends are more healthy, less salt, and more variety,” he said. “The variety piece is really interesting. One thing we’ve learned is that moms and dads want diversity around kitchen table. They may pick up pollock for them, but the kids may want spaghetti and meatballs or fettucine Alfredo.”

Parents can still buy four individual FreshOne meals and spend just a fifth of what they would eating out at a restaurant, Mr. Ford said.

“You can’t go to a drive-through without spent $8 to 10 on lunch, and it’s not the best thing for us to be eating,” he said. “We’re trying to change that equation.”

The latest offering from Simply Fresh Kitchen is Street Tacos, a kit featuring chipotle slaw, seasoned steak and other ingredients.

“It makes for an excitingly tasty combination,” Mr. Shoshan said. “Consumers are seeking food that is freshly made, fresh looking and full of flavor. This product delivers on the high taste expectation that consumers are seeking and allows them to construct the final dish easily and using fresh ingredients.”

The prepared entree category is definitely growing, Mr. Shoshan said, but it’s in need of culinary innovation as people seek more choices. Today’s consumers want foods that are highly flavorful, convenient and fresh. Five Star’s Simply Fresh Kitchen is up to the task, he said.

Indian entrees — and beyond

That lineup has grown steadily through the years, she said. Initially, Café Spice started with six meals and two “small bites.” Thai meals followed after that, and the rest is history.

“The prepared entree category is definitely growing,” Ms. Malhotra said. “Consumers are looking for hearty meals that they don't have to spend hours cooking.”

In addition to convenience, the trends Café Spice is tracking include clean eating, plant-based foods, comfort foods, the use of all-natural ingredients, antibiotic and hormone free meat, gluten free and food that is “full of flavor.”

“In addition, consumers are happy to see the food they are eating, which is why we use a partial sleeve rather than a box or full sleeve,” Ms. Malhotra said.

“It’s tough to say what's the most popular,” Ms. Malhotra said. “However, Chicken Tikka Masala is a classic and the most popular entree in all Indian restaurants. Everyone also seems to love meatballs — ours are also gluten free.”

Other trending dishes include Aloo Gobhi (which is made of potatoes and cauliflower) and yellow tofu curry, plant-based meals that are “comforting and delicious.”

“These are popular because consumers are looking for plant-based meals that have lots of flavor,” she said.

One of Café Spice’s newest dishes, Chicken Coconut Curry, taps into the regional trend popular now within the ethnic space.

“We wanted to include something from the southern region of India,” Ms. Malhotra said. “Coconut is also a trending ingredient. Consumers are loving it.”