We use cookies to provide you with a better experience. By continuing to browse the site you are agreeing to our use of cookies in accordance with our Cookie Policy.
Home » Upfield US CEO sees plant-based demand accelerating

HACKENSACK, NJ. – Tim Brown, president and chief executive officer of Upfield US, Inc., the global company’s US-based business unit, sees it as a startup with scale. The maker of such well-known spreads brands as Country Crock, I Can’t Believe It’s Not Butter, Imperial and more is capitalizing on consumer interest in plant-based products with clean label attributes to identify and execute against opportunities with consumers.

Upfield Group BV, Amsterdam, The Netherlands, was born out of the sale of Unilever’s spreads business in 2018 to the investment firm KKR in a deal valued at approximately $8 billion. Globally, the company had sales of €2.8 billion ($2.4 billion) in 2019.

Upfield markets itself as the No. 1 plant-based spreads company globally. Other brands owned by the company include Flora, Rama, Blue Band, Proactiv and Becel.

Mr. Brown joined the company in 2019 after stints as president and chief operating officer of Chobani, LLC, Norwich, NY, and as CEO of Nestle’s North American water business. In an interview with Food Business News, he called the current market a transformative time for the plant-based trend and sees Upfield one day extending its reach beyond plant-based spreads and cheese. Today, the focus is on contemporizing the business.

“Initially the company started with the legacy of the way Unilever managed the category,” Mr. Brown said. “It was modest. It was dated to a large degree. It was defined by margarine. It wasn’t very ambitious; it was quite conservative.

“Right from the start with the KKR management team ambition came to the forefront. They increased the focus on creativity and flexibility to do things that hadn't been done before or hadn't been done in a while.”

Moves made by Upfield underscore management’s commitment to the plant-based trend. In 2019, the company introduced Country Crock Plant Butter and in August of this year announced the launch of Flora Plant Butter in the United States.

The Flora product is vegan and dairy free and may be used 1:1 in baking and cooking as a replacement for conventional butter, according to the company. It is formulated with palm, sunflower and canola oils and is being marketed as a premium brand. Like traditional butter it is available in salted and unsalted varieties and comes in an 8.8-oz brick format.

The Country Crock variety is available in sticks and tubs in formulations featuring different oils. Both tubs and sticks are available in almond oil and olive oil varieties and there also is an avocado oil stick variety as well.

“It's in the realm of things like Beyond Meat or Impossible Foods,” he said. “This isn't an alternative per se. We're saying this is butter in the same way Beyond says this is hamburger, but it comes from plants and not from an animal.

“We're building on the idea that we can use science to innovate to meet emerging desires of the flexitarians. All of these brands are gaining momentum. They're not being consumed by just vegans or vegetarians. It is by the broad public.” 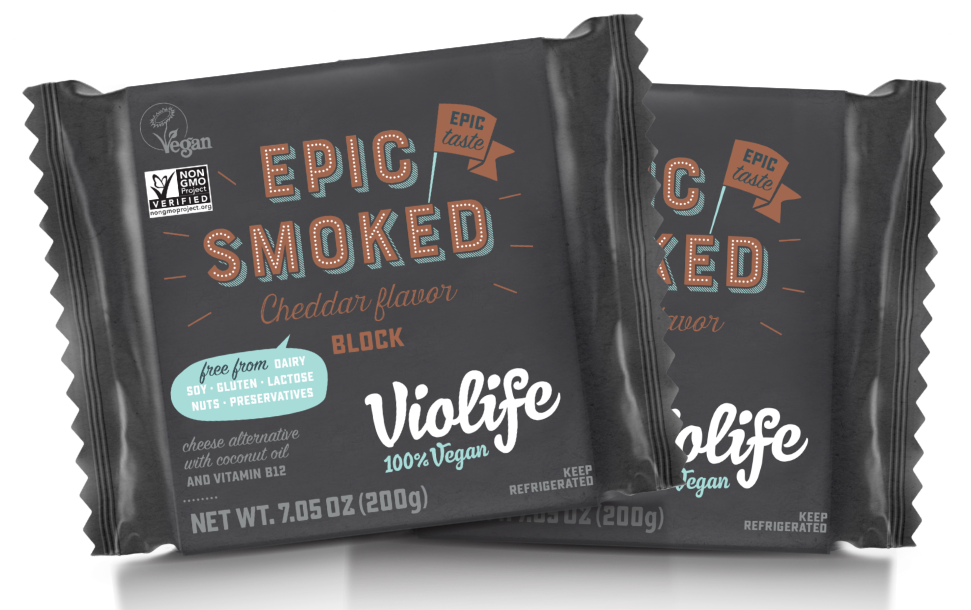 Management’s vision of looking outside the “base category of yellow fats to cheese” led to the January acquisition Arivia SA, Thessaloniki, Greece, maker of the Violife brand of plant-based cheese, Mr. Brown said.

“It’s disruptive,” Mr. Brown said of Violife. “It has an identity in dairy alternatives much like what I was describing between plant butter and Beyond Meat. When you walk down the cheese aisle at Whole Foods, Violife stands out.”

Country Crock is Upfield’s largest brand in the United States and Mr. Brown said the focus has been on modernization.

“We’ve worked on the formula to make sure it’s clean label and that people know about it,” he said. “We want them to know the origin of the ingredients. We’re also contemporizing the package and the label to be relatable to the naturality of the brand.”

With the I Can’t Believe It’s Not Butter brand the focus is on health and usage, said Mr. Brown. This past June the company announced the brand is now certified by the American Heart Association and packages will soon sport the group’s Heart-Check logo.

“We’re working on the health and nutrition to speak to the health benefits of the brand,” Mr. Brown said.

In speaking about the overall spreads market in the United States, Mr. Brown emphasized 2020 is “distorted” because of the coronavirus (COVID-19).

“We had two decades to essentially a 50:50 balance between in-home and away-from-home eating and it affected the spreads and butter categories,” he said. “It was kind of a dormant behavior. But now people are baking more, eating family dinners with side dishes. We are all as a society spending more time at home eating more as family. It has been great for the category.

“I think after we get through all of this it is going to stick. I think we are going to see more of a priority around eating at home and the family dinner. It's not going to snap back.”

Regarding future merger and acquisitions, Mr. Brown was vague, but said the company is “super pleased” with Violife and “open to more expansion” in the plant-based category.