We use cookies to provide you with a better experience. By continuing to browse the site you are agreeing to our use of cookies in accordance with our Cookie Policy.
Home » Zero Egg debuts in US market

Zero Egg debuts in US market

SAN FRANCISCO — Zero Egg, a plant-based egg alternative developed by an Israeli startup, is launching in the United States. Available to foodservice operators and food manufacturers, the initial products are offered in powder form and may be used to create traditional egg-based dishes or in baking applications.

Zero Egg features a blend of plant proteins from soy, potato, pea and chickpea. The product contains no cholesterol and is lower in fat and calories than conventional eggs. Compared with other egg replacements, Zero Egg is more versatile and affordable, said Liron Nimrodi, co-founder and chief executive officer.

“Zero Egg is a game-changer because we are working with major foodservice players and food manufacturers to transform the industry by not only making plant-based food more accessible, but the norm,” Ms. Nimrodi said. “Designed with a clean taste and a texture to be used in a wide variety of dishes where eggs are traditionally used, Zero Egg offers increased flexibility and affordability.”

Founded in 2018, Zero Egg is distributed in Israel and Europe. The company recently established US headquarters in San Francisco and is partnering with Gordon Food Service to distribute the products nationwide. Zero Egg is manufactured in Cookeville, Tenn., and requires significantly less land, water and energy and produces fewer greenhouse gas emissions than conventional animal eggs.

The company is planning to launch a consumer product in retail next year.

“We’re launching ‘the egg for everyone’ on World Egg Day to crack old food paradigms and proudly demonstrate that Zero Egg is the best choice as the only plant-based egg that does it all,” said Isabelle Francois, general manager, Zero Egg North America. “We’ve seen a huge shift in vegan meat, milk, and cheese offerings at full service and fast-casual restaurants, especially among the flexitarian crowd. Now it’s time to not only disrupt the plant-based egg category, but to become the leader of it by offering the most ethical, tasty, versatile, and economical egg alternative on the market.” 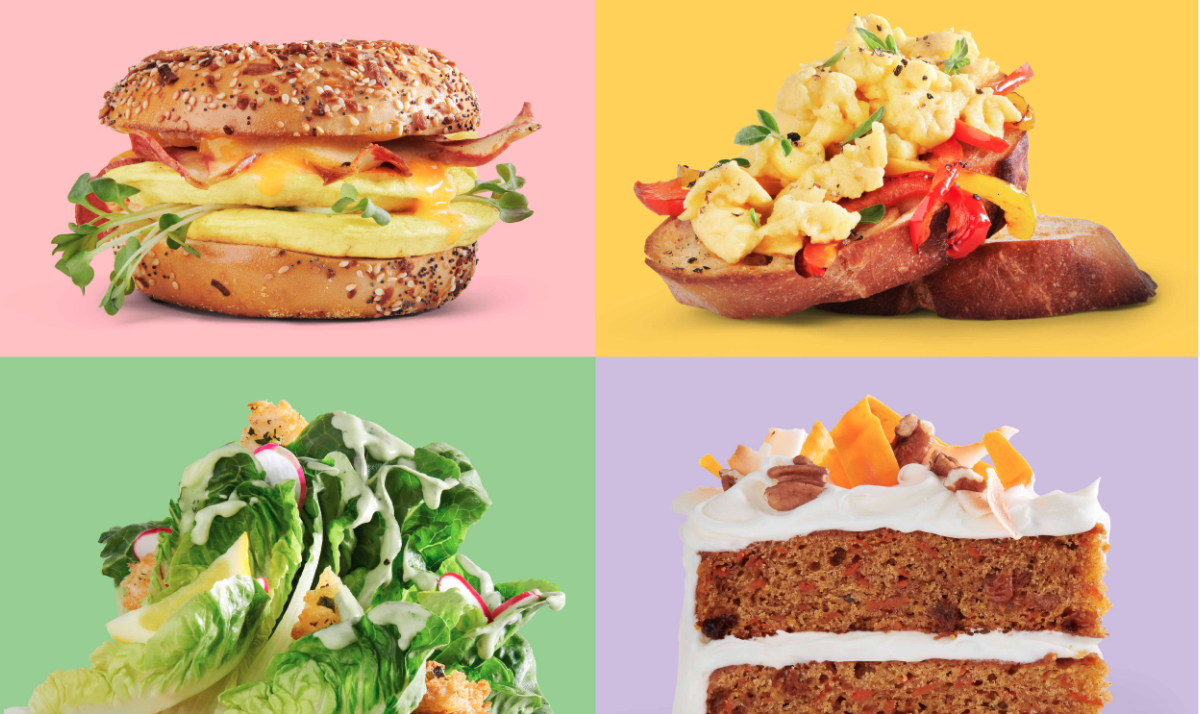 Ahead of the US debut, Zero Egg executive chef Mario Rodriguez prepared several items to demonstrate the versatility of the product, including a Caesar-style dressing, an assortment of muffins, a breakfast sandwich, and chocolate chip cookies.

“Zero Egg is like nothing I have seen in my career,” Mr. Rodriguez said. “By simply mixing the powder with water and oil, you can use it to make scrambles, omelets, quiches, French toast, waffles, cookies, sauces, among many other dishes. It’s ready to use in minutes and can be made and stored in large batches, so it’s perfect for busy breakfast rushes and ideal for food manufacturers looking to create and launch new animal-friendly items.”

“The pent-up demand for plant-based eggs is huge, and Zero Egg is uniquely positioned to satisfy the needs of foodservice and retail operators given its functionalities, taste, and competitive pricing,” said Dan Y. Altschuler Malek, managing director at Unovis Asset Management-New Crop Capital and Zero Egg board member. “Ninety billion eggs are sold each year in the US alone; just think of the impact if just 10% of them were replaced with Zero Egg, which is not only ethical and less expensive but also super delicious.”