We use cookies to provide you with a better experience. By continuing to browse the site you are agreeing to our use of cookies in accordance with our Cookie Policy.
Home » Taste and price are table stakes for trendy food items

Taste and price are table stakes for trendy food items

CHICAGO — Consumers are most concerned about how trendy foods taste, what they cost and how good they are for their health, according to a new report from Kearney.

The management consulting firm surveyed 1,000 consumers about the factors that go into trying a new food trend. Nearly 80% said taste is their first consideration, followed by price (61%) and health concerns (55%). The results were even more conclusive when respondents were asked what it takes to incorporate a new trend into their regular diet, with 87% saying it depends on taste, 64% on price and 59% on healthfulness.

“The real message here is that successful new products develop from communities of consumers with evolving tastes and preferences,” said Katie Thomas, leader of the Kearney Consumer Institute and co-author of the study. “Food manufacturers and retailers can take cues from what consumers actually like, need, and what really motivates everyday purchase behavior, rather than being overly reactive to a quick hit flavor.”

Recommendations and advertisements attracted respondents to try new food trends but were less effective at convincing them to add trending items to their regular diets, Kearney found.

“It’s always said that ‘new products are the lifeblood of the food industry,’ and that may be true, but our survey suggests that the reason pumpkin spice products remain perennially popular, while some ‘hot’ foods like celery water might not be remembered three months from now, is simple: Consumers prefer the taste of pumpkin spice over celery,” said Steven Cunix, manager in Kearney’s consumer practice and co-author of the survey. 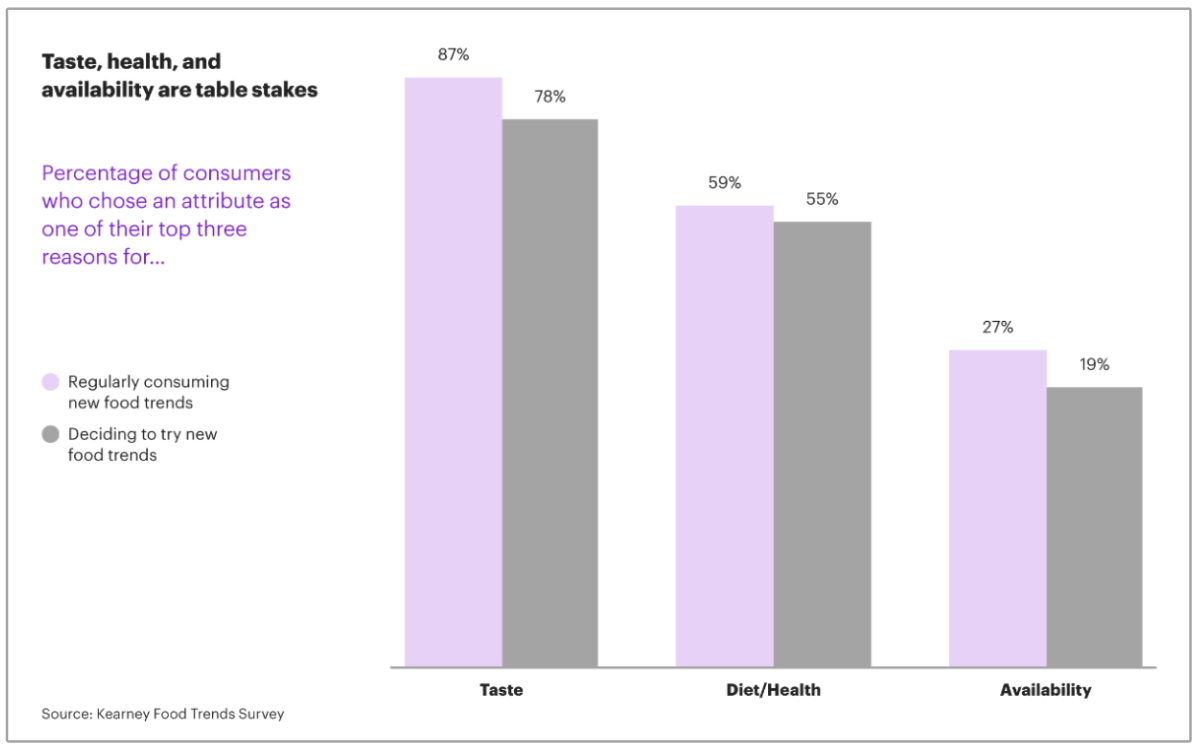 Younger consumers were slightly more concerned about a trend’s healthfulness. A little more than a quarter of respondents ages 18 to 24 cited health as the No. 1 deterrent, compared to 20% of consumers ages 65 and older. 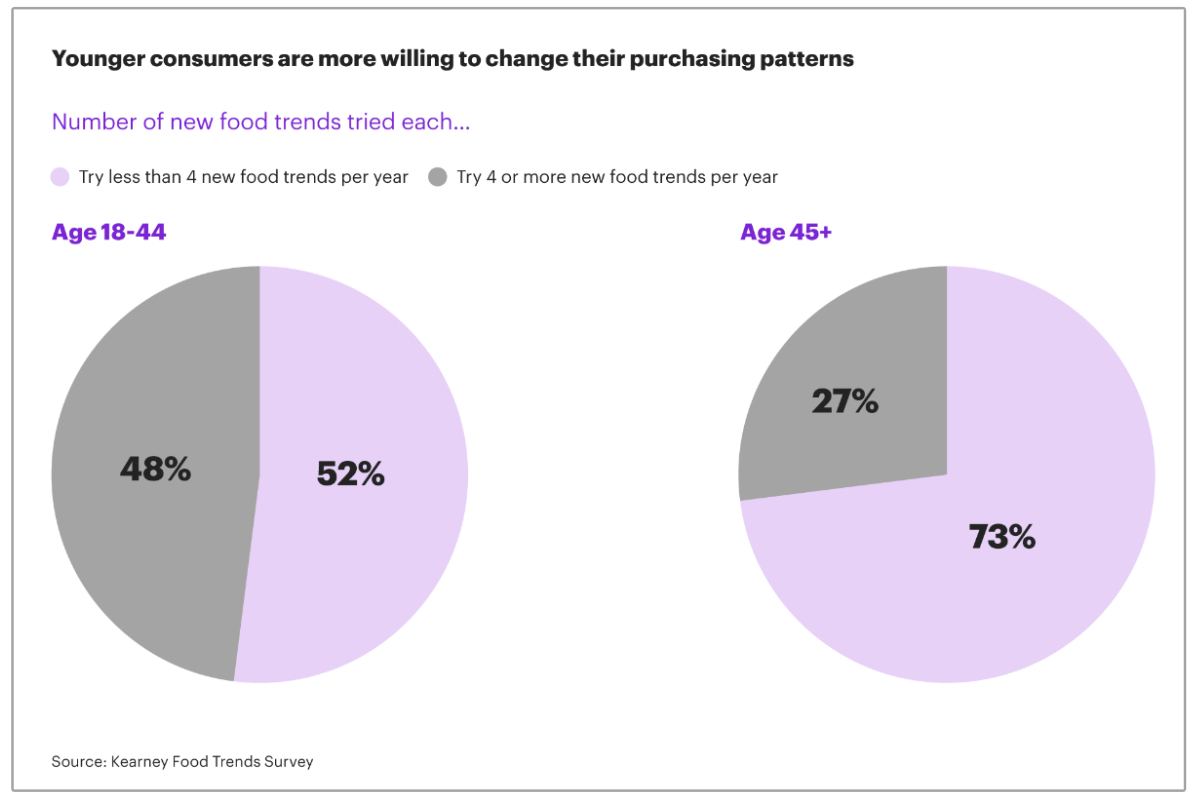 The impact of the coronavirus (COVID-19) may have prompted more consumers to consider availability. It was the fourth biggest deterrent to trying a new trend, with 40% of consumers citing it as one of their top three deterrents and 12% citing it as their No. 1 deterrent. Older respondents and those in households without children were more likely to cite availability as a larger issue, Kearney found.

Seven-in-ten consumers said they had tried fewer new food trends since the onset of the pandemic, with 28% citing financial concerns as the primary reason, followed by shopping less (15%) and availability (12%). Among the 29% who reported trying more trends during the pandemic, 15% said it was because they wanted to experiment with new products, and the same portion said it was because they were home more often.

Trends Health and Wellness Coronavirus/COVID-19
Subscribe to Our Newsletters