We use cookies to provide you with a better experience. By continuing to browse the site you are agreeing to our use of cookies in accordance with our Cookie Policy.
Home » Lil Bucks planting seeds of sprouted buckwheat craze

CHICAGO — Sprouted buckwheat is set for a breakout year in the United States, following the recent quinoa craze. A Chicago-based entrepreneur is planting the seeds of a national trend.

Emily Griffith, founder and chief executive officer of Lil Bucks, already has collected a handful of industry accolades and in February won the top prize in a Naturally Chicago pitch competition. Scores of investors have signed up to back her brand in an equity crowdfunding campaign, far exceeding her initial goal for the raise.

Lil Bucks offers a line of crunchy snacks and toppings featuring sprouted buckwheat, a popular superfood in Australia that is rich in protein, fiber and magnesium. The company sources organic buckwheat, a regenerative crop, from farms in Minnesota and North Dakota. The products are processed in allergen-friendly facilities.

Lil Bucks products are sold in nearly 200 retail outlets, including Erewhon in Los Angeles and Whole Foods Market in the Midwest. Ms. Griffith expects the brand will expand to more than 500 stores this year.

Like so many early-stage businesses, Lil Bucks encountered its share of challenges last year as the pandemic halted opportunities to meet with buyers and investors. Ms. Griffith observed other packaged food startups raising capital on Republic.co, a platform for open-access regulated crowdfunding. 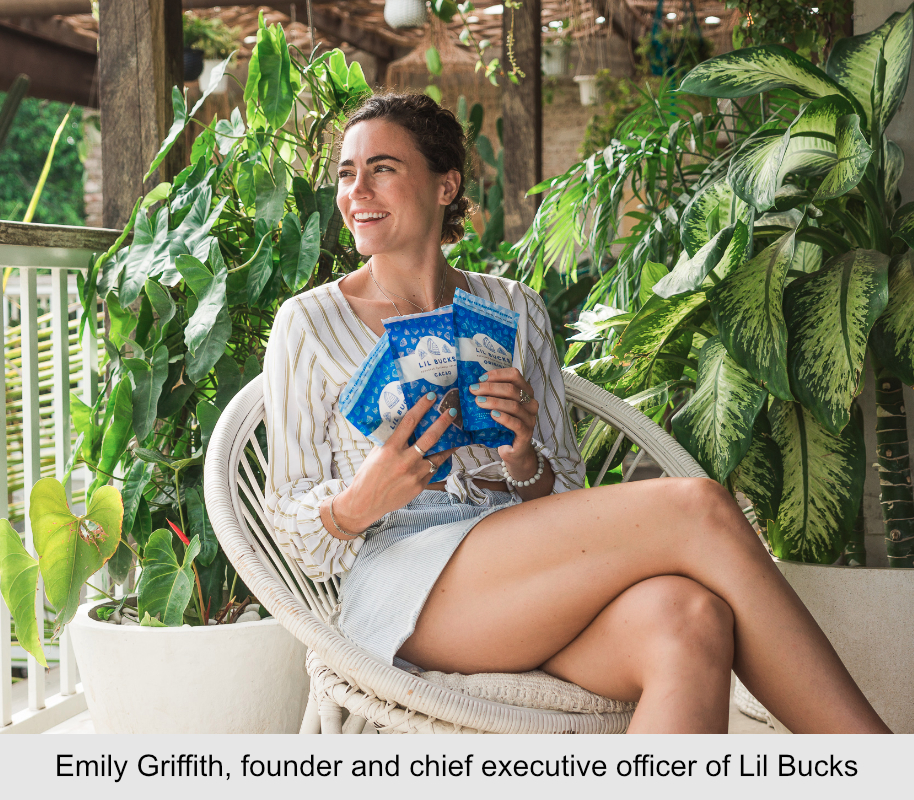 Until recently, only high-net worth individuals or institutions were permitted to invest in private companies. A regulatory framework enacted by the US Securities and Exchange Commission allows founders to sell ownership or a financial stake in the company through online portals to non-accredited investors.

“It’s a great way to get in front of more people and activate those friends and customers who are already Lil Bucks champions and want to be on the journey,” Ms. Griffith said. “Maybe they can invest $300. Some are investing $5,000.”

She set a goal to raise $25,000 through her crowdfunding campaign. With over a month to go, she had raised more than $111,200 from over 150 investors. Ms. Griffith planned to use the proceeds to build her team and expand retail distribution.

“I’m still the only corporate employee,” she said. “We actually just put out our first job posting for a marketing coordinator, and we also want to bring on a part-time vice president of sales.”

The crowdfunding campaign coincided with Lil Bucks’ participation in the Good Food Financing & Innovation Conference, a digital event and pitch competition featuring eight Chicago-area brands. Ms. Griffith was awarded a package of services valued at more than $100,000, including a booth at Natural Products Expo East in Philadelphia, which she said “aligns perfectly with our expansion strategy.” 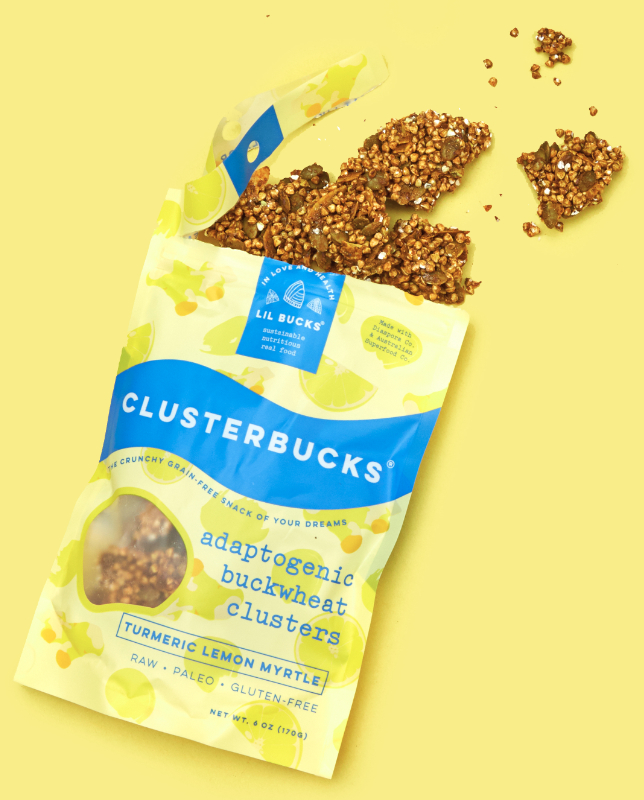 Ms. Griffith, who has a digital marketing background, discovered buckwheat several years ago while living in Australia, where she tasted a “life-changing acai bowl” topped with the nutrient-dense seeds. To support the launch of Lil Bucks, she freelanced as a designer and digital marketing consultant, specializing in food, wellness and travel brands. Clients included Hormel Foods and Four Loko. In the early days of the business, she also packed the product in a commercial kitchen at The Hatchery, a Chicago-based food and beverage incubator.

“Once I launched Lil Bucks, I was still freelancing for a year and a half, so I had two full-time jobs, which was completely insane,” she said. “I didn’t come from a startup world, and I didn’t know how raising money worked … I was like a hamster on a wheel.”

An expanded team, operations and branding support, increased exposure and continued marketplace traction are setting the stage for a strong 2021. Ms. Griffith conservatively forecasts $850,000 in sales this year, marking significant growth from $144,000 in 2020 and $35,500 in 2019. Future product launches will include additional flavor varieties of Clusterbucks, crunchy protein balls, sprouted buckwheat baking mixes and more.

“We’re playing in snacks and breakfast, and the thinking behind that is almost like a Simple Mills strategy, where we’re disrupting a couple key aisles like they did,” Ms. Griffith said. “We want to do snacking and breakfast, so we envision the future innovations being in those two categories as well.”