We use cookies to provide you with a better experience. By continuing to browse the site you are agreeing to our use of cookies in accordance with our Cookie Policy.
Home » Variety seekers, sugar avoiders drive sparkling water category

SEATTLE — Sparkling water has bubbled over with growth and interest from consumers in recent years. Sales of flavored sparkling water grew 24% between 2020 and 2021, according to data from Nielsen, with the category expected to experience annual growth of nearly 13% through 2028.

“We refer to our consumers in two key areas right now,” Mr. Hall said. “There’s the variety seeker, the consumer who is trying multiple different items. Then there’s the sugar avoider, and that’s who our primary consumer is.”

Talking Rain began producing Sparkling Ice 30 years ago. While the category has been around for quite some time, the past decade has seen explosive growth, said Mr. Hall, who joined the company in 2007 and was promoted to CEO in 2018. 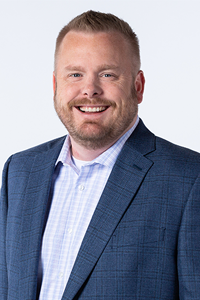 “I think a couple of things happened,” he said. “There was a change in the consumer mindset and the idea of better-for-you started shifting. I think that’s when people started gravitating to things like sparkling water. People want the carbonation, but they don’t want the sugar and calories. They still want to feel like they’re consuming something other than plain water.”

CPG companies like PepsiCo, Inc. and The Coca-Cola Co. are staking a claim in the space, but independent brands like Talking Rain’s Sparkling Ice and National Beverage Corp.’s La Croix still lead the category. Sparkling Ice has been the No. 1 sparkling water brand for 23 consecutive IRI reporting periods, dating back to March 2020.

Package diversification and functional benefits are key areas of focus for Talking Rain. Launched four years ago, Sparkling Ice + Caffeine is on track to reach $100 million in retail revenue this year and has become a significant platform for the Seattle-based company.

“We’re finding that the consumer wants a little bit more than just the refreshment,” Mr. Hall said. “They want some functionality in terms of performance or energy.”

Familiar flavors are trending in the sparkling water category. Talking Rain has seen success with tried and true tastes like strawberry lemonade, its fastest-growing flavor. It plans to introduce a watermelon lemon variety to its Sparkling Ice + Caffeine line.

Talking Rain also is expanding its reach in the alcoholic beverage space. The company in 2020 launched Sparkling Ice Spiked, a hard seltzer beverage featuring zero sugar and 80 calories per can. Varieties include lemonade refresher, strawberry citrus smash, cherry lime chiller and grapefruit smash. From concept to reality, the product was developed in around six months, earning 100% national distribution in a year and a half. The company last month added Sparkling Ice Spiked Cocktails to its lineup. The new cocktail-inspired hard seltzers are 6% alcohol, sugar free and come in two tropical flavors: mango mojito and strawberry margarita.

Launching and developing the alcoholic beverage line helped Talking Rain expand its capabilities, which is a key part of its innovation strategy, Mr. Hall said.

“In some cases, we may never actually launch it or do anything with a product, but we still want to make sure we’re up to speed,” he said. “That’s what is neat about the alcohol line. It made us a more capable company. We’ve learned a lot through that process which we’re applying to the overall business.”