“We are pleased with our strong finish to the year. We were able to capitalize on the momentum provided by our robust product innovation and continued distribution gains to increase our market share.” — William Toler, president and c.e.o. of Hostess

“We are pleased with our strong finish to the year,” said William D. Toler, president and chief executive officer of Hostess. “We were able to capitalize on the momentum provided by our robust product innovation and continued distribution gains to increase our market share. We are optimistic about the continued growth opportunity from our product innovation, including our Hostess Bakery Petites platform and the new breakfast opportunities from our acquisition of the Big Texas and Cloverhill brands.”

Investors appeared similarly pleased by the Hostess results. In trading on March 1 on the Nasdaq exchange, the company’s shares closed at $14.13, up $1.89, or 15%. The share price remained well below the 52-week high of $17.18. 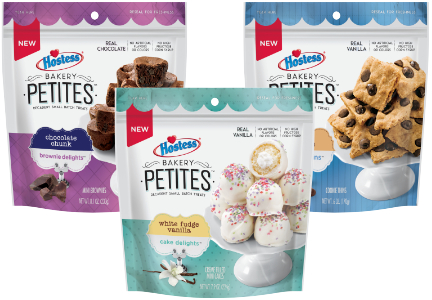 “The company’s strong performance was led by the introduction of Hostess Bakery Petites, a premium snacking platform made with no artificial flavors or colors, and no high-fructose corn syrup, which contributed 3.1% of the net revenue increase,” Hostess said.

In a Feb. 28 conference call, Mr. Toler credited the Bakery Petites for the sales growth together with other new product introductions, including Chocolate Cake Twinkies, White Fudge Ding Dongs and Golden Cupcakes.

“Gross margin was also affected by a shift in product mix due to higher growth in multi-pack sales than other pack types,” Hostess said.

“As we expected and highlighted on our Q3 call, higher cost of transportation continued in Q4 and, as a percentage of revenue, increased more than 100 basis points due to tightening of transportation capacity,” he said. “We expect this tightening to continue into 2018 and are working through offsets to soften the impact to our margin.”

Asked about the impact of higher transportation costs on gross margin during the fourth quarter, Mr. Peterson said it was 120 points.

“We continue to work on various transportation moves in order to get some more dedicated lanes,” he said. “We are working with new carriers certainly. We’re turning over every rock within our bakery and within the company to do both offsets from, specifically from transportation as well as other offsets in the bakery. And I’d say more on transportation is fair game than we have done in the past. We are pushing very hard to get that number back.” 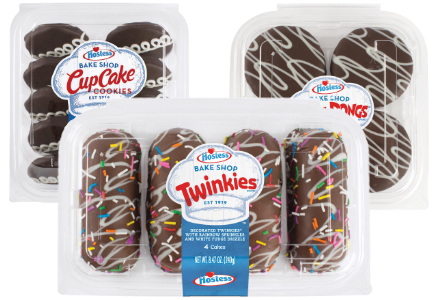 The higher sales stemmed from the acquisition of Superior and subsequent growth of in-store bakery products.

With the strong results, C. Dean Metropoulos, executive chairman, was hopeful about the company’s prospects.

“We are well positioned to grow and enhance stockholder value in 2018 through the execution of our strategic initiatives,” he said. “These key strategic initiatives are focused on further core distribution expansion, innovation, expansion of white space and serving as a platform for future acquisitions. We plan to grow well above the sweet baked goods category in 2018.”

Commenting on the acquisition in early 2018 of the breakfast assets of Aryzta, L.L.C., Hostess said the acquired assets are expected to generate $60 million to $70 million of net sales in 2018. Still, the newly-acquired business is not expected to be profitable immediately.

For the year, the company is projecting earnings per share of 65c to 70c, up 3% to 11% from adjusted 2017 earnings of 63c. An additional 12c per share of tax benefit related to the tax legislation is expected as well. The company gave no top-line guidance for the new year.

Asked during the call why a revenue forecast wasn’t issued for 2018, Mr. Toler said the decision did not reflect concern the company will be unable to achieve its targets.

“Our internal plans are as aggressive as they’ve always been,” he said. “We see growth in the business in a substantial way across many channels, products and innovation and core. We just felt it best for us to talk about our performance and relativity to the category because, at the end of the day, if you’re winning share, you’re winning. And so we’re expecting to build and grow share this year just as we had in the last four years. And so we felt like it was a better way to communicate to talk about exceeding the category growth winning share with the consumer because ultimately that is how great brands and great products are defined.”