DEERFIELD, ILL. — Mondelez International has reached an agreement to acquire Tate’s Bake Shop for approximately $500 million. Founded in 2000 on Long Island, N.Y., Tate’s is owned by The Riverside Co., a global private equity firm, and other shareholders, including founder Kathleen King.

According to Mondelez, Tate’s has been one of the fastest growing cookie brands in the United States over the past 12 months, and sales have quadrupled over the past five years. The company makes thin and crispy cookies.

“Tate’s is a great strategic fit that will complement our portfolio of beloved snacks brands,” said Dirk Van de Put, chairman and chief executive officer of Mondelez. “With a unique and authentic brand and truly delicious products, this acquisition gives us an attractive entry point into the fast-growing premium cookie segment. Tate’s has demonstrated exceptional and very profitable growth, and we look forward to working with the Tate‘s management team to expand distribution and build upon that success.”

Tate’s will operate as a standalone business and will continue to be run by its current leadership from its headquarters on Long Island. The company also plans to continue making all products at its current manufacturing facility. Tate’s also operates a specialty bake shop in Southampton, N.Y. 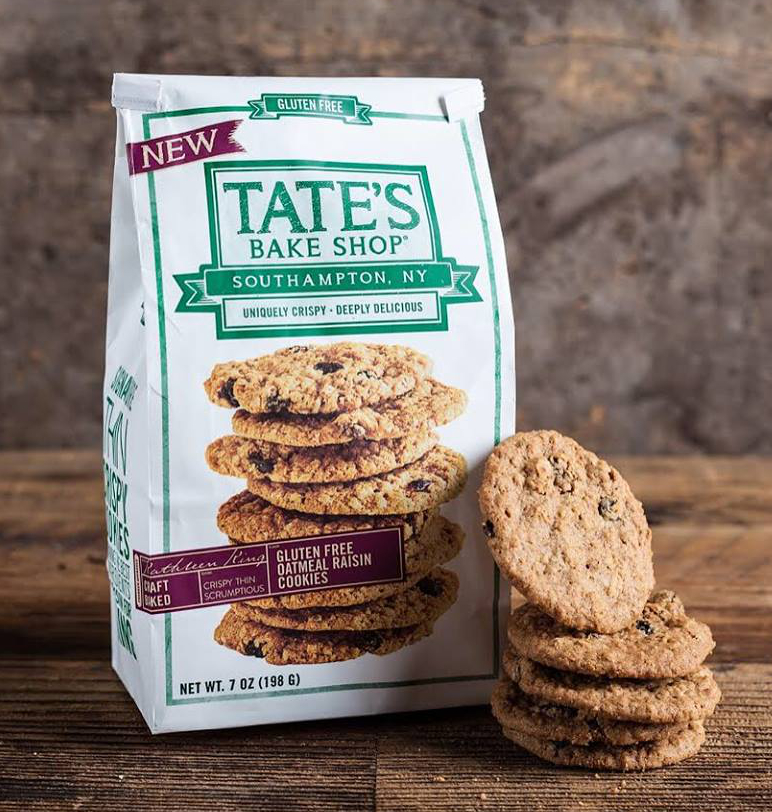 “We’re thrilled and humbled to be joining a portfolio of some of the world’s most well-known and successful snacking brands,” said Maura Mottolese, c.e.o. of Tate’s Bake Shop. “Consistent with Mondelez International’s purpose to create more moments of joy for consumers, providing an authentic, delicious indulgence has been at the heart of Tate’s Bake Shop since Kathleen first opened her storefront nearly two decades ago. Now, together with Mondelez International, we’ll have the opportunity to take Tate’s to the next level and offer our cookies and baked treats to many more consumers across North America.”

“Tate’s had a great foundation for becoming the truly special company it is,” said Alan Peyrat, a partner with Riverside. “With new products like snack-sized Tiny Tate’s and on-trend flavors like Coconut Crisps and Ginger Zinger, we helped the company respond to marketplace demands. Coupled with a focus on profitability, we kept building on the proven success of existing product lines, making customers and consumers even happier along the way. Working with the Tate’s team was a wonderful experience.”

Mondelez International Mergers and Acquisitions
Subscribe to Our Newsletters