Much ado about Ruby

CHICAGO — A newly established award at the Sweets & Snacks Expo celebrates cutting-edge developments by industry suppliers in the confectionery category. The inaugural Ruby Award for Supplier Innovation was inspired by and presented to the Barry Callebaut Group for its rose-tinted, berry-hinting Ruby chocolate, which John Downs, president and chief executive officer of the National Confectioners Association, described as “one of the biggest breakthrough inventions in the chocolate category in more than 150 years.”

“It’s amazing what kind of response we get, not only here at the show, but ... around the globe,” Mr. Boone told Food Business News at the Sweets & Snacks Expo, held May 22-24 in Chicago.

Consumers are craving new taste sensations and authentic storytelling, he said. Ruby chocolate, which debuted last fall, has an inherent berry-fruitiness and silky smoothness, according to the company. Made from the ruby cocoa bean and unique processing, Ruby chocolate is touted as the fourth type of chocolate, behind dark, milk and white. No colors or flavors are added.

The company is working with the Food and Drug Administration to designate Ruby chocolate as a standard of identity chocolate.

“I think cocoa or the cocoa bean, after crude oil, is the richest and most complex material in nature, so of course there’s a huge amount of secrets still hidden in the cocoa bean,” Mr. Boone said. “There are 20,000 compounds that are in a cocoa bean, and therefore we said five or six years ago, we said if we buy so much cocoa shouldn’t we be the ones who really understand what kind of compounds are in there and really understand how it relates to all kinds of benefits, color, health, taste?”

He added, “We can do amazing stuff coming out of the cocoa bean, so I think we are only at the start of the journey.”

Based in Zurich, Switzerland, Barry Callebaut Group is a manufacturer of chocolate and cocoa products, with 55 production facilities around the world. The company had 6.7 billion Swiss francs ($6.8 billion) in sales in the recent fiscal year. Mr. Boone assumed leadership of the Americas region last September, after serving as the company’s chief innovation and quality officer for five years. Previously he held marketing and leadership roles at Unilever. 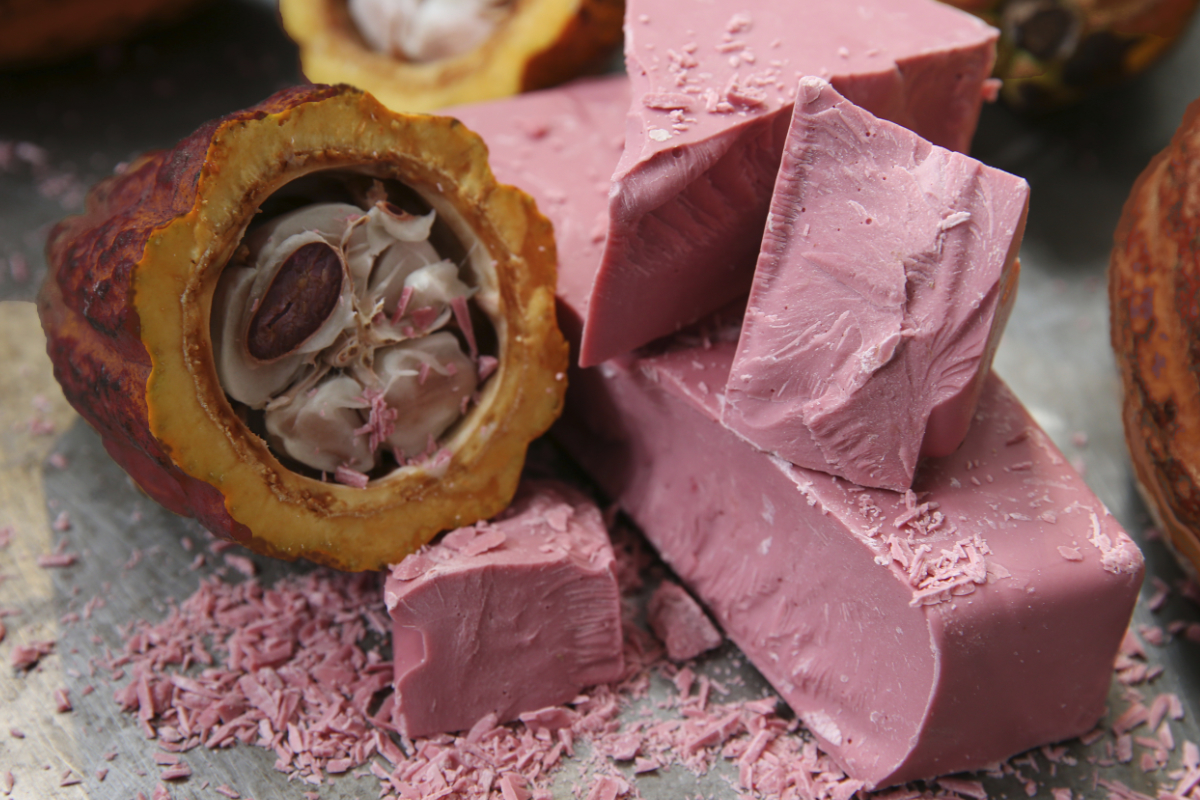 Another recent innovation from Barry Callebaut is a new range of dairy-free chocolates that may be used in confectionery, baked foods, cereals and snacks. Featuring a milky taste and appearance, the dairy-free chocolates were developed in response to growing demand for plant-based and allergen-free foods, Mr. Boone said.

“I think it’s mainstreaming at this moment, and we have different solutions now to offer our customers to respond to that trend,” Mr. Boone said. “We are always proud of our extensive R.&D. network. We have around 300 R.&D. people around the world. They work day in and day out with chocolate, and they know a lot about the ingredients.”

Sustainability is a priority for Barry Callebaut, which by 2025 has committed to sourcing 100% sustainable ingredients in all products, to become carbon and forest positive, to lift more than 500,000 cocoa farmers out of poverty and to eradicate child labor from the supply chain.

“We are still nervous about it because we don’t have all the answers how to deliver against them,” Mr. Boone said of the initiative. “In December we had a first report on our progress … and we’ll do it every year. We will have good news. We will have bad news. But at least we will be very transparent on how we are progressing against these ambitions.

“And if through that we can be an inspiration for our whole industry, we believe we can mainstream in the end sustainable chocolate and make sure chocolate is there for generations to come.”