Unlocking growth in a competitive environment

NEW YORK — Consumers weren't necessarily clamoring for organic yogurt in 1983, the year Gary Hirshberg and Samuel Kaymen founded Stonyfield. Back then, Mr. Hirshberg recalled, “many people thought we were crazy and organic just meant you had to chew more.”

Today, Stonyfield is the leading organic yogurt brand, with $370 million in sales in 2016. The company changed hands last year from Danone to the Lactalis Group for $875 million. Danone, which had acquired Stonyfield in 2001, agreed to divest the business last summer in connection with its acquisition of WhiteWave Foods. The winning bidder, Lactalis, is a privately-held global dairy company with approximately $22 billion in sales.

“My joke about Stonyfield is that when we started the company we had a wonderful business, just no supply and no demand,” Mr. Hirshberg told Food Business News. “No one understood what we were talking about. Now you’ve got a consumer demanding this stuff.”

Mr. Hirshberg, who sits on the boards of a handful of companies, including Blue Apron and Applegate, was invited to speak at the Summer Fancy Food Show on June 30 in New York about unlocking growth in a competitive environment. The key, he said, is to embrace an entrepreneurial approach to business and toss out the old playbook.

"If you want growth in this environment, then you have to find a way to be less fearful, less worried about failure." — Gary Hirshberg, Stonyfield

“My basic message is, if you want growth in this environment, then you have to find a way to be less fearful, less worried about failure,” he said in a phone interview prior to Summer Fancy Food. “An easy way to do that is to just be completely confident in your supply chain... If you’re not totally transparent, it will be found out, so better to get your act together to clean up your chain, regardless of the category.”

Millennials, many of whom are parents of young children, demonstrate “incredible distrust” of food companies, Mr. Hirshberg said. Brands that clearly communicate how and where ingredients are grown are more likely to disarm the discerning shopper.

“The traditional path of conventional food is to make your input as inexpensive as you can, so you have as big of a gross margin as possible so you can then fund as much advertising as possible,” Mr. Hirshberg said. “But the insights we’ve seen from these millennial consumers is, in the process of making your inputs inexpensive you are either inadequately paying farmers or there’s environmental pollution resulting because of shortcuts or the animals are not being well cared for or they’re not getting adequate access to the outdoors. 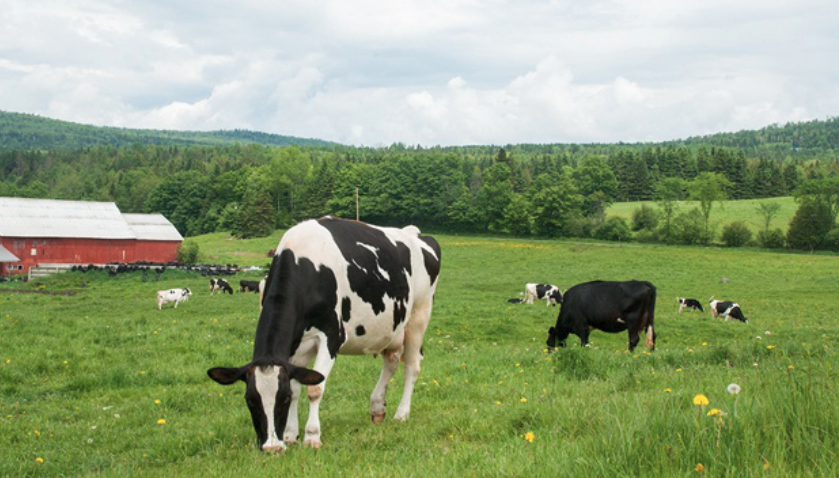 “That old formula will no longer work for you.”

Many publicly traded companies are managed by fear, “an anti-entrepreneurial instinct,” Mr. Hirshberg said. Change must occur at the top.

“If they are willing and openminded about being entrepreneurial, then I think the sky’s the limit,” he said. “I think the long and the short of it is there’s a clear path to success in this incredibly competitive marketplace, but it does entail a different way of thinking.”

On a recent Monday afternoon, Mr. Hirshberg hosted a group of lifestyle bloggers on a tour of organic dairy farms in northern Vermont. The seven bloggers on the farm tour have a combined reach of 30 million followers, he said.

“Stonyfield does four tours a year, and it’s proven to be one of the examples of an entrepreneurial approach because frankly ... the consumer is a lot more comfortable when there’s a third party validating what’s going on here rather than us just telling you,” he said.

The brand’s unconventional approach to marketing is reflected in a recently announced three-year, $500,000 initiative to convert outdoor playing fields and parks to organic in 35 communities across the country. More than 90% of playing fields i 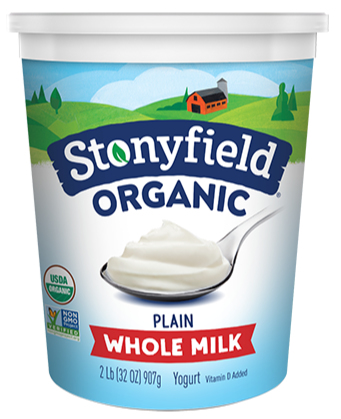 “You could say, what does that have to do with yogurt?” he said. “It’s a way of building trust with the consumer not by selling them on something but by addressing a need that exists and obviously educating them about the benefit about organic methods ... it’s a lot more effective than advertising.”

He added, “The principle of advertising is that you use reach and frequency with multiple impressions to get trial, repeat trial, purchase, repeat purchase, and hopefully at the end of that long road, you get loyalty.

“The great thing about embracing a cause that people care about already is you can jump all the way to loyalty and skip those other steps if you have enough social media or other ways of telling the story.”