Collaboration as a ‘force for good’

BALTIMORE — Think of Hormel Foods Corp. as a “grandparent company,” said Gina Asoudegan, vice-president of mission and innovation at Applegate Farms, a subsidiary of the Spam maker since 2015.

“People ask me all the time, ‘How are you able to do innovative work like this with a parent company like Hormel?’” Ms. Asoudegan said during a panel discussion at Natural Products Expo East, held Sept. 12-15 in Baltimore. “First of all, Hormel functions more like a grandparent company than a parent company, and by that, I mean they take the long view. They’re 125 years old … they’ve seen many economic ups and downs, depressions, recessions, booms and busts. They know that change does not happen overnight and yet is inevitable.

“And that’s a really important mindset for innovation.”

Founded in 1987, Bridgewater, N.J.-based Applegate is a processor of natural and organic hot dogs, bacon, sausages, deli meats, cheese and frozen products. When Austin, Minn.-based Hormel acquired Applegate for $775 million just over three years ago, Ms. Asoudegan was anxious about her company’s future.

“I think it’s fair to say it’s a pretty scary thing when you find out that the company you work for is being acquired, especially when you work for a company that’s mission-based and in the natural and organic industry, and the one acquiring you is a conventional company,” she said.

Ms. Asoudegan joined Applegate in 2006, serving as director of communications, then, just prior to the acquisition, as senior director of mission. Earlier this year, she advanced to her current position on the senior leadership team. At the time of Ms. Asoudegan’s promotion, James P. Snee, president and chief executive officer of Hormel, said her role was created to drive the brand’s mission of “changing the meat we eat.” That mission has included eliminating genetically modified ingredients from the supply chain and certifying products for specific animal welfare standards.

Ms. Asoudegan’s expanded responsibilities include leading an internal incubator team designed to create products and a supply chain that supports principles of regenerative agriculture. Pastured animals may contribute to healthier land through regenerative grazing practices. Applegate has pledged that 15% of its sales will be sourced from animals raised on pasture-centered farms by 2020.

“I’ve learned a lot over the past year or so, first of all about regenerative agriculture and how difficult this is to scale, but also what true disruption in the food system is going to look like, and I’ve gleaned a couple of insights from that,” Ms. Asoudegan said. “The first is that disruption for good needs to be good for everyone, every link in the supply chain. And by good, I also mean profitable. If farming is not profitable, it’s not sustainable. It’s that simple.

“Regenerative agriculture needs to go beyond soil. To regenerate means to restore to a better, higher or more worthy state, and that applies not only to the soil but to the farmer, to the farm, and to the community surrounding it.”

Regenerative agriculture has the potential to revitalize rural communities, she added. 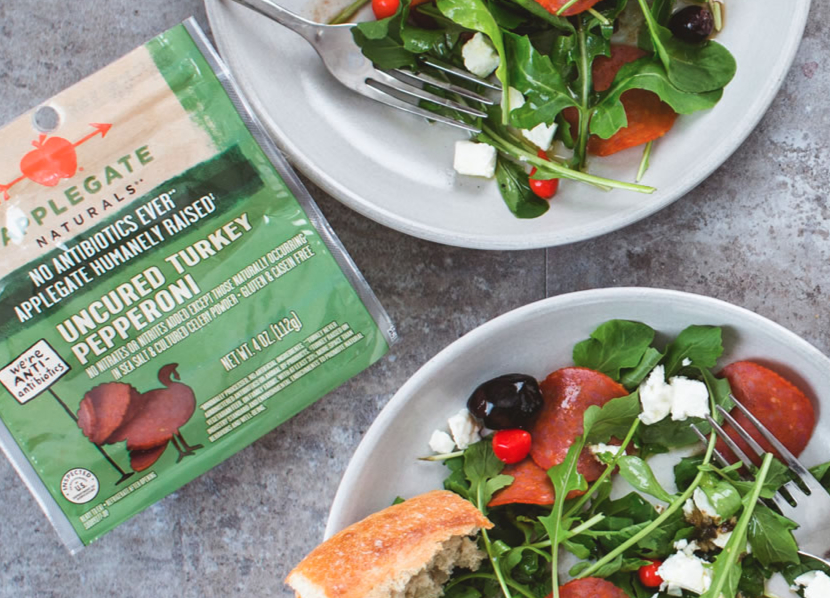 “And that’s important because rural America is the new inner city, in case you haven’t noticed, and that’s because of the commoditization and centralization of agriculture,” she said. “And we can change that around, but it’s going to take new business models, new levels of collaboration, and new transparency to make that happen.”

The notion of collaboration as a “force for good” was a theme of the discussion at Expo East and a promising trend in the natural products industry, said Carlotta Mast, senior vice-president of content and insights for New Hope Network.

“As an industry, we have a chance to disrupt for good, particularly if we collaborate for good,” she said.

She cited an example of two organic ready-to-eat cereal brands that are partnering rather than competing to supply the nation’s public schools with reduced-sugar options. Nature’s Path Foods, Richmond, B.C., recently struck a licensing agreement with Back to the Roots, Oakland, Calif., to manufacture and distribute the latter brand’s products.

“Back to the Roots has these amazing low-sugar, four-ingredient cereals that they have now put into all of the New York City Public Schools, but they’ve had a challenge scaling their production of their cereal, so they’ve partnered with Nature’s Path … so they can get their cereals into every school in the United States,” Ms. Mast said. 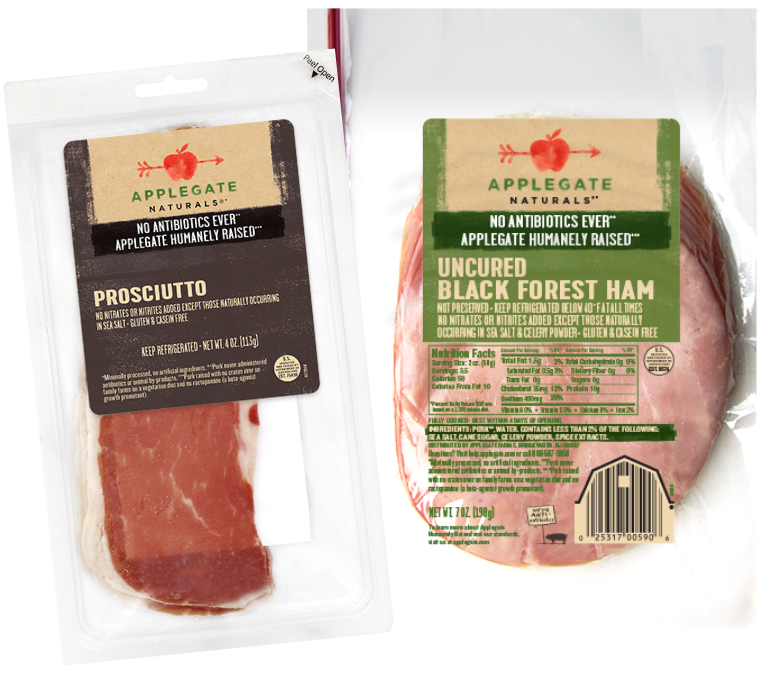 Collaboration is a key part of Applegate’s mission, too.

“In the meat industry, you can only be profitable and affordable to consumers if you utilize every part of the animal, and no company, not even Hormel or Applegate, can use all of those parts,” Ms. Asoudegan said. “So, what we’re doing is collaborating with retailers and with restauranteurs, and we’re even collaborating with a pet food company so that together we can all take our various parts of this animal and essentially make the system more efficient. We can bring that price to a price point that we could not have done on our own. It’s this collaborative utilization.

“I’m talking right now to a competitor who can take some of the trim from the regenerative supply that we have. … We can do together what we couldn’t do on our own in terms of those efficiencies.”