We use cookies to provide you with a better experience. By continuing to browse the site you are agreeing to our use of cookies in accordance with our Cookie Policy.
Home » Authenticity central to ethnic flavor development

CHICAGO — Today’s consumers continue to expand their palates, seeking out new ethnic foods and flavors. When doing so, they often have high expectations for authenticity, which may include recipes from native chefs, use of imported ingredients and incorporation of unfamiliar seasonings. This opens the door to flavor innovation in the meat and poultry category, in everything from fully cooked deli meats to heat-and-eat meatballs to grill-ready marinated chops and steaks.

“Everyone’s definition of authentic is different, so when it comes to ethnic fare, it’s vital to clarify the flavor profile and ingredients upfront so consumers aren’t surprised or disappointed,” said Kelly Weikel, director of consumer insights for Technomic. “Additionally, ethnic options must feel accessible rather than intimidating and this can be achieved by providing flavor and sourcing information about each ethnic dish.”

Among the 87% of consumers who order ethnic fare or food with ethnic flavors when eating out, nearly one third (32%) is willing to pay extra for authenticity, according to Technomic’s 2018 Ethnic Food & Beverage Consumer Trend Report. Thirty-six per cent like to explore regional varieties of mainstream ethnic cuisines to try new foods and flavors.

Why this surge in global flavor exploration? For starters, social media and global connectivity have made consumers aware of what the world is serving for dinner tonight.

“Food provides a way for people to indulge their cultural curiosity; it is modern-day sightseeing,” said Jeff Stopa, director of culinary innovation for ZoomEssence. “In meat and poultry, there is a desire for the fusion of innovation and tradition and an expectation of authenticity.” 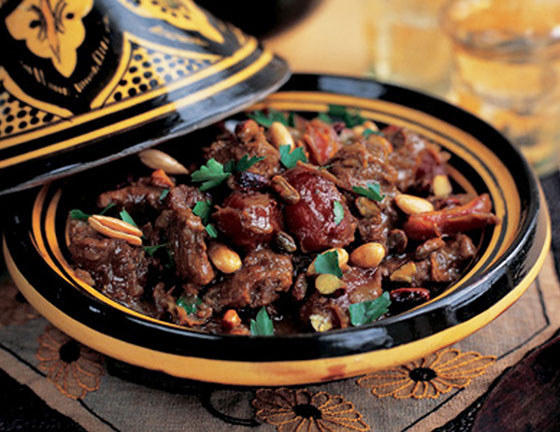 To deliver an authentic experience, it is essential to capture the nuanced taste and aromatics of quality natural herbs and spices, as well as the traditional cooking processes. For many, global cuisine is as much about the flavor as it is the preparation. But this comes with challenges in commercial manufacturing.

“Authentic ethnic cuisine and flavors, such as Persian, Israeli, Moroccan, pandan, black garlic and ube, should incorporate a differentiated texture to correlate with a unique and existing taste profile,” said Judson McLester, executive chef and ingredient sales manager for McIlhenny Co.'s Tabasco Brand Products division. “This presents a challenge in that commercially it will not be enough to simply season or marinate a protein. The industry is responding via creative methods to sear, fire roast and even char these items in addition to finding new ways to raise the bar on flavor.”

Scott Walnofer, senior director of culinary for Kerry, said, “During development, stay focused on the preparation and cooking methods used to create the authentic flavors. Understand how a particular cuisine roasts its peppers or prepares its proteins. This influences how a product developer uses a specific ingredient or flavor.”

It also gives marketing the language to help sell the product. He provides examples such as Filipino barbecued chicken skewers, braised al pastor pork shoulder and yogurt-marinated spit roasted shawarma chicken. These dishes showcase how meat and poultry are mainstays in many ethnic cuisines. 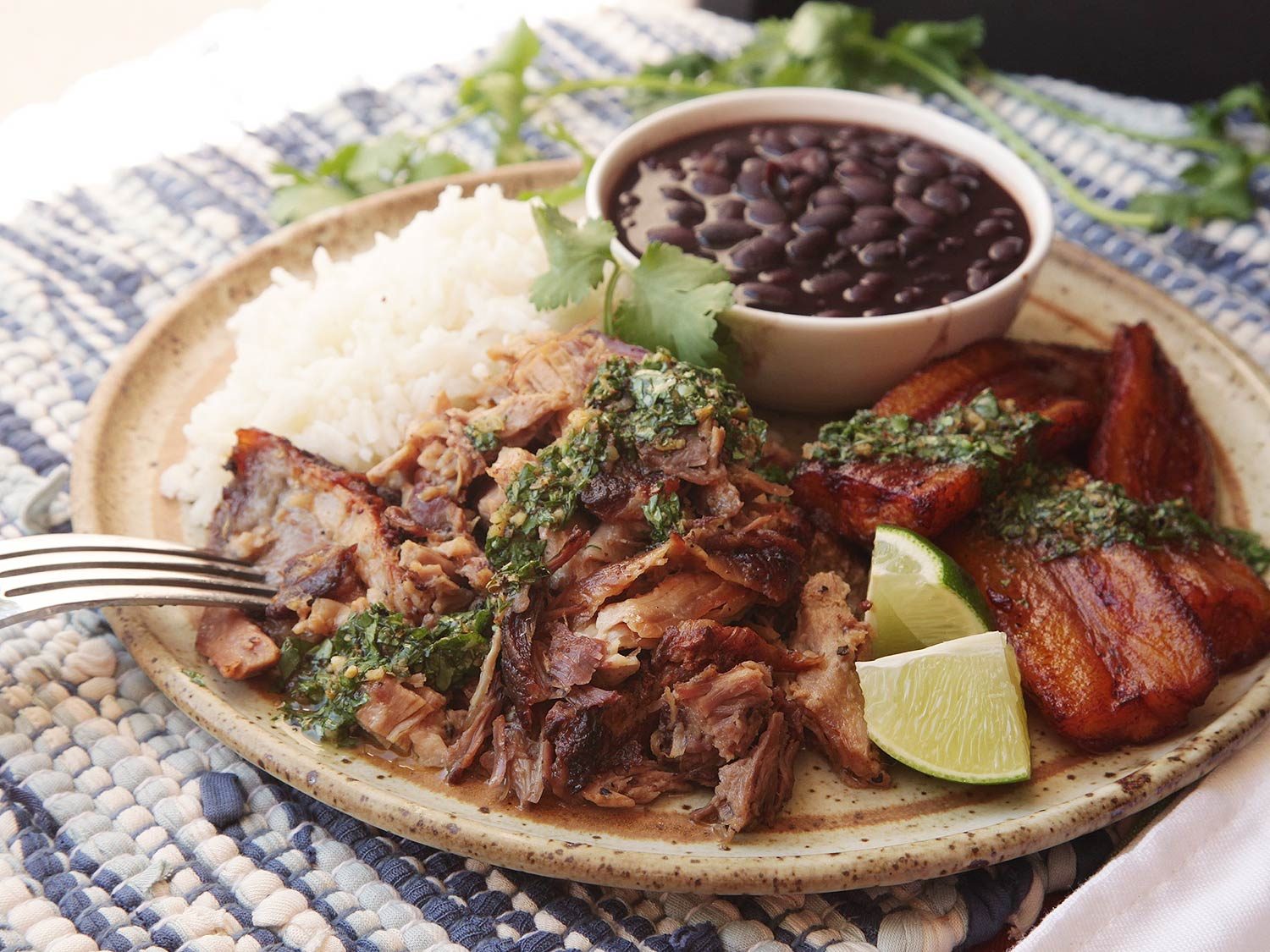 “Consumers are most interested in trying a meat-based main dish when branching out to try ethnic dishes,” said Jacquelyn Schuh, marketing manager for meat at Kerry.

“Even though there has been a surge of interest in veg-centric dining, protein at the center of the plate is as strong as ever,” said Juliet Greene, corporate chef for Mizkan America. “Ethnic-inspired flavors and more traditional cooking methods, including slow-roasting proteins, continue to lead the pack with both consumer and manufacturer interest.”

“The biggest ethnic trend we are seeing across the entire food space is a refocusing on Asia, but there are a few distinct differences than in years past," said Roger Lane, marketing manager of savory flavors for Sensient Flavors. "We’re seeing the exploration of smaller regions that offer a unique flavor profile or story behind the cuisine. This includes the Philippines and Vietnam. Filipinos are masters at layering and fusing flavor together – sweet, salty and sour – so there’s a lot of opportunity for meat-based applications.” 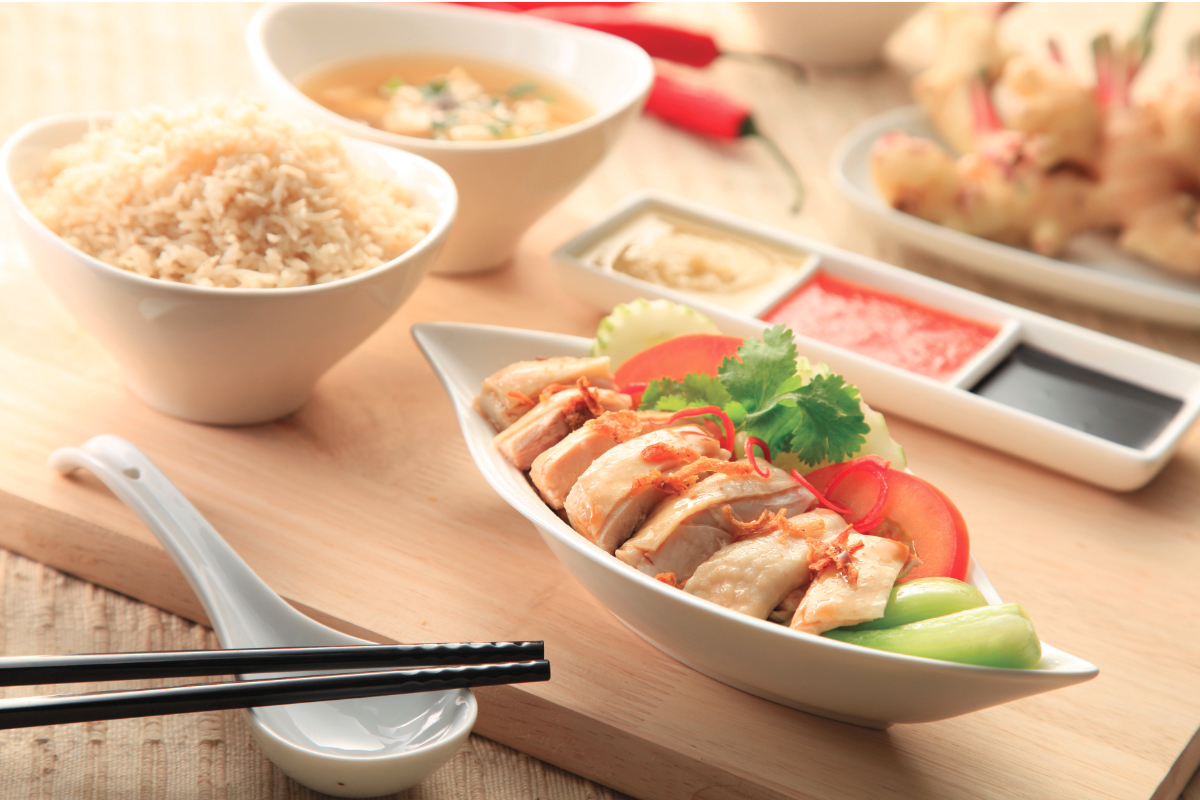 Vietnam is another region being mined for inspiration. Most people have heard of pho, and its ubiquitous popularity has influenced consumers to look deeper into what the country has to offer.

“Sichuan peppercorns, XO sauce and char sui are popping up in brands and on menus from various Chinese provinces,” she said. “I think Singaporean foods and flavors could become a lot bigger this year.”

Hainanese chicken rice is one of the most popular poultry dishes in Singapore. It is rice cooked with chicken fat, served with boiled chicken and dressed with chili sauce. Singaporeans often mix meat and poultry with seafood, such as in the popular fried hokkien mee dish.

LifeSpice believes there is opportunity in developing authentic regional Latin American cuisine with creative moles, which are deep, rich sauces whose origins are family recipes passed down from generation to generation.

Moles are complex, as they are made from a range of chilies, spices, seeds, nuts and ingredients indigenous to their region of origin. One such mole is dulce, also called poblano, which has its origins in Puebla. This popular mole is made with ancho and mulato chilies and chocolate. It has a sweet aroma and rich taste that complements pork dishes. 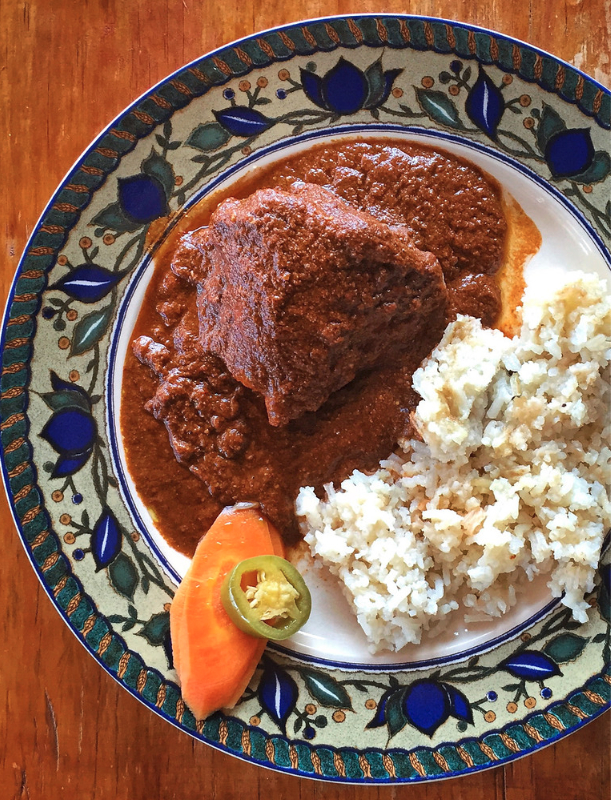 Oaxaca mole is flavorful and complex with its combination of pasilla, mulato, guajillo, cascabel, chipotle and mora chilies. It is traditionally used with chicken. Beef pairs well with ranchero mole, which is indigenous to the state of Morelos. The classic recipe includes ancho, pasilla and mora chilies, along with sesame and pumpkin seeds and chocolate.

Consumers are also experimenting with different levels of heat. And when they are paired with global flavors, their curiosity is piqued.

“Examples include peri peri, which is a hot sauce made from African peri peri peppers,” said Harry Park, application technologist at Sensient Natural Ingredients. “Another interesting flavor gaining momentum is sambal, an Indonesian-inspired hot sauce typically made from a variety of chili peppers with secondary ingredients, such as shrimp paste, fish sauce, garlic, ginger, shallot, scallion, lime juice and vinegar."

Premium hot sauce, when used with other ethnic ingredients, may raise the flavor profile without excessive salt, chemical flavorings or lengthy label declarations, according to Mr. McLester. He offered the example of giving an Indian spin to a simple salt cured Berkshire pork belly by braising it in a persimmon, cardamom and Tabasco Chipotle reduction and serving it over an amaranth porridge.

“The two biggest trends we’re seeing right now are the use of sumac and, even more prevalent, bird’s eye chili peppers in dishes of all types, including hearty meat dishes,” said Kerri Goad-Berrios, vice-president of sales for Kalustyan Corp. “The lemony, slightly tart zing of sumac has often been used with rice and salads, but we’re now seeing more chefs take inspiration from Musakhan, a Palestinian chicken dish that prominently uses sumac. 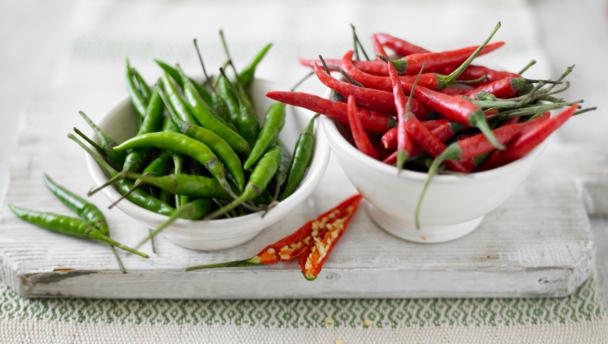 Smoking is often an important part of authentic preparation. The sweet taste associated with smoking kielbasa over a blend of hickory and cherry woods is very different than the smoky taste chorizo absorbs from mesquite.

“Different smoke types are emerging as a major component in flavoring ethnic-type proteins,” said Christopher Rodrigues, culinary council member at LifeSpice. “Once the smoke market saw the opportunity to use smokes that were once only popular in regional areas, they started shifting current products across borders to provide access. This stoked the fire, as consumers and researchers started looking into evermore novel smoke types.”

Mr. Park agrees that smoke is becoming an important nuance in ethnic meat and poultry seasonings and condiments. One such example is smoked Swedish meatballs with lingonberry chipotle sauce.

SaltWorks Inc. developed smoked and naturally flavored sea salts that can be used as ingredient salts as well as in topical rubs. The smoked line includes profiles of alderwood, applewood, hickory, mesquite and oak. They are cold smoked over untreated, bark-free hardwoods, providing an authentic smoke flavor to ethnic recipes. The company also fuses natural flavors into sea salt crystals.

As with commercialization of any freshly prepared menu item into a product intended for refrigerated or frozen distribution, there are manufacturing and quality hurdles. These include aroma, eye appeal, flavor and texture.

“Creating a taste experience that will survive cooking, baking, freezing or frying is a challenge in meat and poultry,” Mr. Stopa said. “The key is to identify new processes that preserve the authenticity of the indigenous herbs and spices in their natural state and retain their aromatic qualities.”

Particulates offer visual appeal and provide cues to flavor. They entice customers who buy and eat with their eyes.

“But these particulates don’t always provide as much flavor as their finer counterparts,” said Aspen Burkhardt, culinary council member at LifeSpice. “Some processes use a basic savory marinade to inject into proteins and a topical marinade for the visual component.” 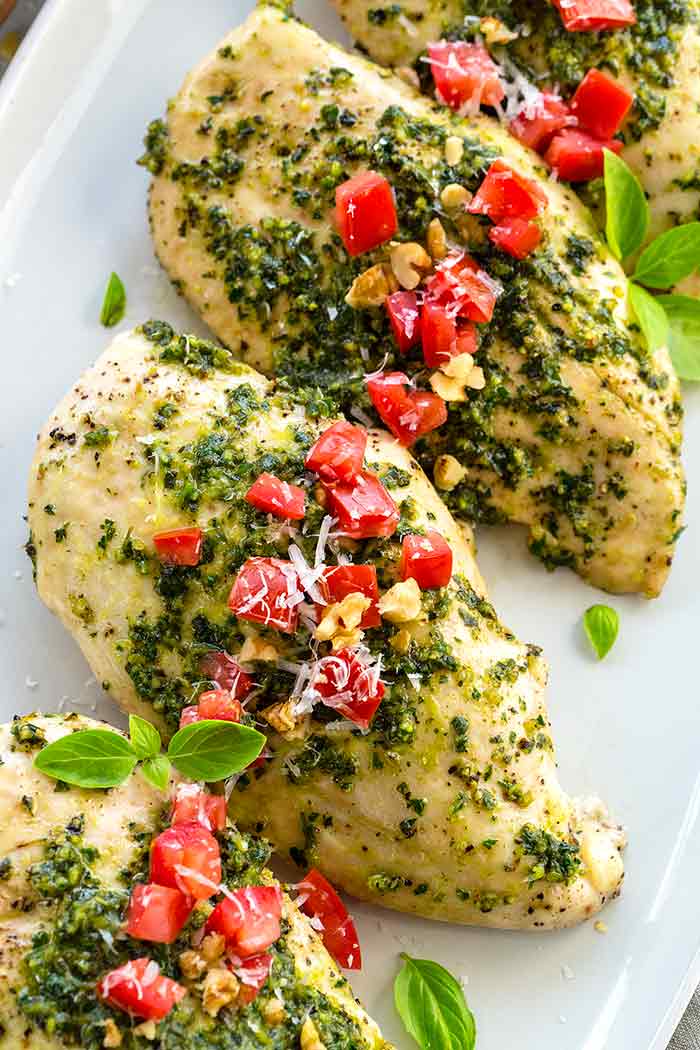 Bruce Armstrong, senior technical support at LifeSpice, said, “Ethnic flavors use many spices that are red, green and even gray in color. When formulating it is important to understand the impact of ground spices on the color and appearance of the protein.”

Pesto chicken, for example, tastes great. But, over time, the green basil may fade and have an undesirable muddy visual appearance.

“Adding seasoning to raw and cooked proteins requires manufacturers to understand how texture can change, as well as moisture levels and shelf life,” Ms. Greene said.

Achievement of authentic taste may require the addition of flavors to seasonings or elsewhere in the formulation.

“The use of ethnic cheese flavors, for example, can assist in providing authentic and unique taste in meat applications,” said Beth Warren, chief commercial officer for The Edlong Corp.

Christopher Hansen, assistant vice-president for culinary and corporate executive chef at OSI Group, said, “It is important to research the recipe and truly understand the history of an ethnic dish, because that leads to true authenticity. You have to consider the proper ingredient selection, cooking method and plate presentation to be able to represent the true nature of such foods.”