We use cookies to provide you with a better experience. By continuing to browse the site you are agreeing to our use of cookies in accordance with our Cookie Policy.
Home » Soybean pulp — the next superfood?

Soybean pulp — the next superfood?

SAN FRANCISCO — As the founder of an organic juice company, Claire Schlemme dreaded discarding so much fruit and vegetable pulp left over from production.

“We were taking such care to source all organic, mostly local produce ... and we were losing a lot of it,” she recalled.

That experience led her to launch Renewal Mill, a business committed to tackling food waste by transforming byproducts into nutritious, functional ingredients. At the Winter Fancy Food Show, held Jan. 13-15 in San Francisco, the company showcased okara flour, a versatile, high-fiber, gluten-free flour harvested from the pulp left over from soy milk processing.

Okara flour has more fiber, protein and calcium than white flour with fewer net carbohydrates, according to the company. Yet, the ingredient offers the same functionality, taste and price.

Oakland, Calif.-based Renewal Mill has partnered with a tofu manufacturer to install drying technology at the processing facilities, Ms. Schlemme said. Previously, the pulp left over from soybean processing was used as animal feed. 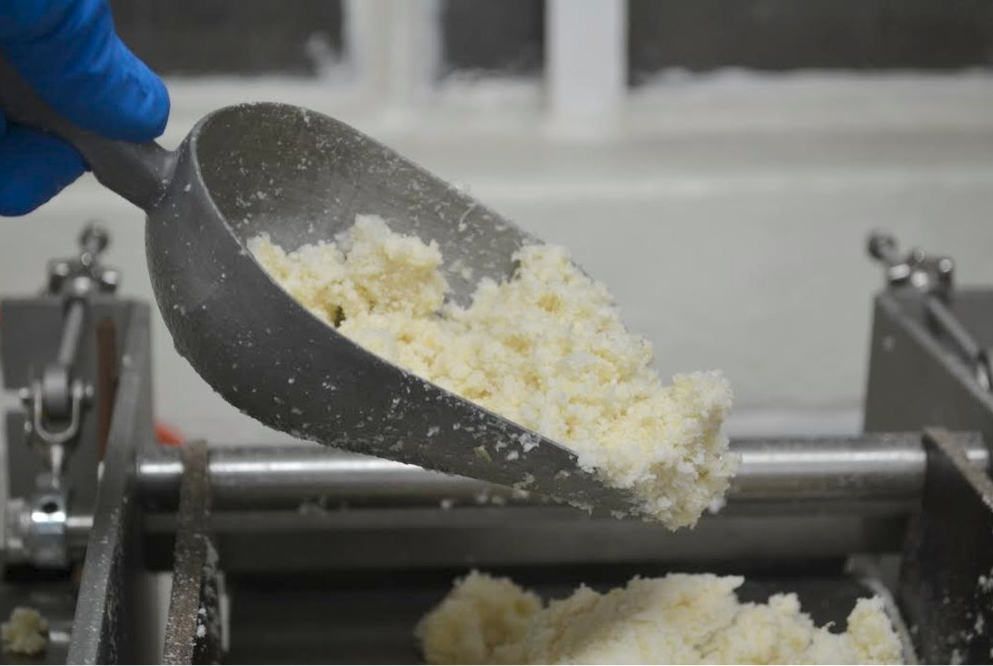 Traditionally, okara has been consumed in its wet form, often tossed into stir-fries or used as a binder in okonomiyaki, a vegetable pancake. Renewal Mill dries the ingredient on-site for easier handling and transport.

“These byproducts are very wet when they come off the processing line,” Ms. Schlemme said. “They’re prone to spoilage, and because they’re wet, they’re very heavy. One of the things that’s really important to us is it’s not just about reducing food waste, but it’s also about increasing supplies of affordable and accessible nutrition, because these are low-cost or no-cost streams of nutrition that we can bring back into the food supply chain. But when you talk about needing to move around heavy product like that, where you’re basically paying to ship water, you can very quickly lose the economics of having this work out.”

As proof of concept, Renewal Mill developed a line of individually packaged cookies made with okara flour for convenience stores and food service outlets.

“We realized we needed to take this two-pronged approach because it’s such a novel ingredient,” Ms. Schlemme said. “We wanted to be able to have a way to introduce it to people, have something we can build some education around, and then in addition to that, collect sales data around this so we can go to, for example, cookie companies and say, ‘We were outselling competitors six to one’…

“That’s a compelling way to start the conversation with the marketing departments at larger food companies.”

Okara flour may be added to grain-based food products to achieve a nutritional claim as a good source of fiber and protein without changing the appearance or taste, she said.

“Another place we see value is as a nutritious gluten-free flour,” Ms. Schlemme said. “Gluten-free products that are really reliant on white rice flour don’t have a lot of nutrition. This is a superior gluten-free flour that comes with all these extra nutrition benefits.”

“Interestingly when we’ve done taste tests with it, the results are either people can’t tell the difference, or there’s a slight preference for the one that has okara,” she added.

At the Institute of Food Technologists' annual meeting and food expo held last year in Chicago, Renewal Mill won the inaugural IFTNEXT Food Disruption Challenge. The company received a $25,000 cash prize and Future Food Disruptor of the Year award. The opportunity was “a door opener for us,” Ms. Schlemme said.

“We found that there are some really cool applications in creating puffs,” Ms. Schlemme said. “This opens a whole other set of applications for us into cereals, puffed snacks, granola bars, things like that.”

Renewal Mill’s technology may be applied to a wide range of byproducts. Later this year, the company plans to introduce another ingredient from a byproduct of non-dairy milk production.

“We’re looking at the byproducts from almond milk, oat milk and pea milk,” she said.

“We see ourselves in five years’ time being a major player in the ingredients space with a variety of different ingredients and ingredient blends, where all of those ingredients are being sourced from byproducts,” Ms. Schlemme added. “They’re all upcycled and would have otherwise gone to waste. Partly what we’re excited about in terms of bringing on additional byproducts and doing that quickly is this idea of being able to create blends of different products from what’s out there, so it allows us to basically take different nutritional and functional benefits these byproducts have and put them together in ways that fit what big food companies are looking for in terms of responding to consumer demands and making formulation changes in their products.”