We use cookies to provide you with a better experience. By continuing to browse the site you are agreeing to our use of cookies in accordance with our Cookie Policy.
Home » Vanilla prices slowly drop as crop quality improves

KANSAS CITY — A decline in vanilla prices should encourage food and beverage formulators, but the pace of the decline may be less satisfying. The price drop is more akin to a cautious moon landing than a broken, plunging elevator. Natural flavor alternatives remain a cost-effective option to reduce or replace vanilla use.

“I think the market has peaked,” he said. “We are turned around. It’s just not falling as fast as some people would have hoped, but it wouldn’t surprise me at all if two or three years from now, the price of vanilla is below $100 a kilo.”

The current Madagascar crop has better quality, Mr. van der Walde said. Vanilla beans need eight or nine months on the vine for good yields and a quality flavor profile. Growers, fearful of their beans being stolen or just wanting to get to market faster, in recent years picked beans at six months or seven months.

“The year before, grade 1 quality was equivalent to this year’s grade 3,” Mr. van der Walde said. “The extractors are able to get a lot more (yield) out of the beans this year.”

“We chose to get much more involved in the vanilla that we are purchasing,” said Paulette Lanzoff, technical director, Synergy Flavors, Wauconda, Ill. “For the 2018 crop, a team of us actually went over to observe the curing of the vanilla and make sure the vanilla was cured to our standards.”

“We were particularly excited about Rodelle’s unique direct-to-farmer supply chain, which now allows our ADM customers a range of certified organic and natural vanilla products that are unmatched in the industry,” said Calvin McEvoy, vice-president, essentials, ADM.

“Even though the price of vanilla beans has increased in recent years, we continue to see new product launches that highlight vanilla extract as an ingredient, both in North America and globally, likely because vanilla extract is a familiar ingredient and a staple in most U.S. pantries,” she said. “It fits perfectly with the movement to clean and clear labels.”

Vanilla alternatives may be clean label as well. Prova, which has a U.S. office in Danvers, Mass., offers Provanil US-7, a natural flavor replacement for vanillin that has been shown to work in applications with high-fat systems and high-temperature processing, according to the company. Potential applications include bakery, confectionery and ice cream.

“The high prices of vanilla and lack of supply in 2016-2018 forced our customers to look for other solutions for that all-important vanilla taste, whether turning to vanillin replacements or blending extracts with flavors to produce a more cost-effective solution with minimal alteration to flavor profile,” said Pam deVries, general manager and vice-president of sales, North America for Prova.

Synergy Flavors has seen a significant decrease in the demand for vanilla, Ms. Lanzoff said.

“People are moving away from vanilla because certain products just can’t bear the cost where it is at,” she said. “Generally, even if the price comes down, once they’ve reformulated their products to replace the vanilla that’s in them, they generally don’t want to go back.”

Issues over standard of identity may arise when moving away from vanilla in items like vanilla ice cream.

“If they use anything but vanilla in the ice cream, then they either need to label it as vanilla-flavored ice cream or artificially flavored vanilla ice cream or naturally and artificially flavored vanilla ice cream,” Ms. Lanzoff said. “So we are seeing a little bit of change in the price pressure for ice cream manufacturers, but it’s really products that are outside the standards of identity where there is a little bit more leeway for the manufacturer to make some changes.” 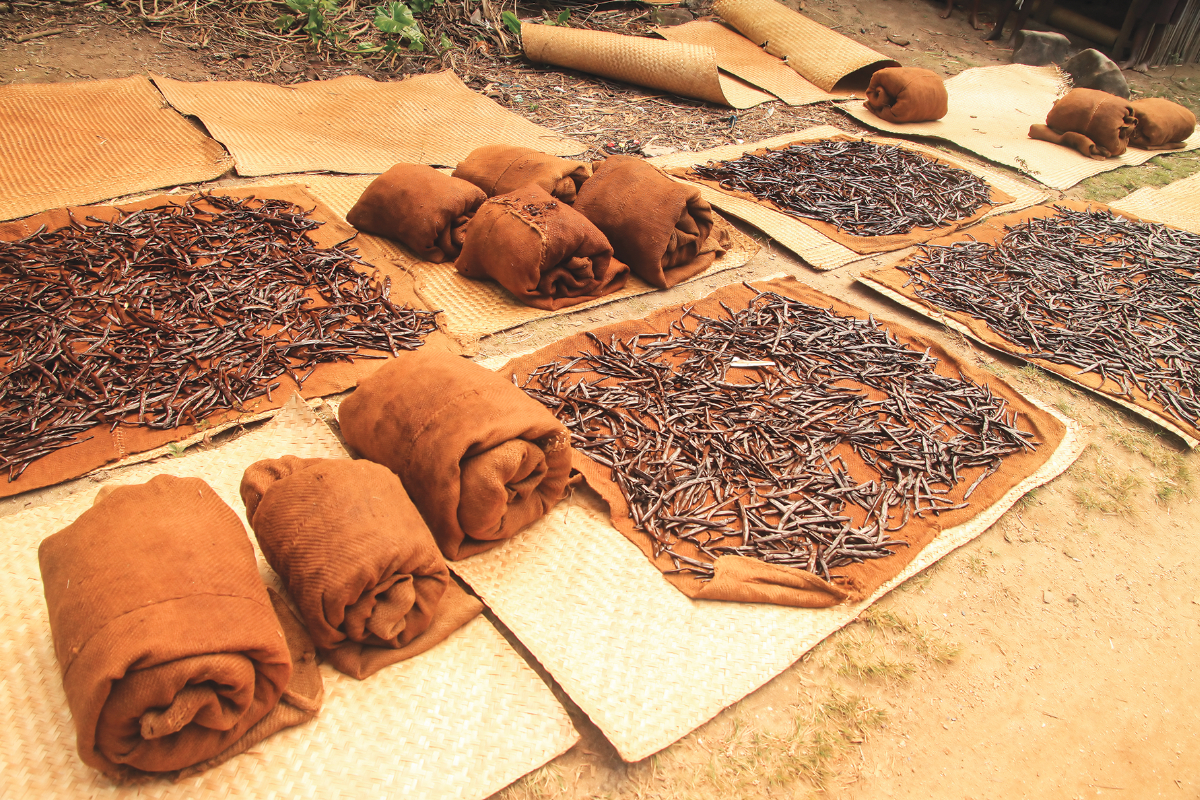 Companies involved in the vanilla industry are working to improve the livelihoods of vanilla bean growers in Madagascar, the world’s leader in vanilla production.

Synergy Flavors, Wauconda, Ill., is working with the Madagascar Development Fund, a non-profit, non-governmental organization that helps finance and manage developmental projects. Construction of two schools near Sambava, Madagascar, were completed in 2016. Two additional facilities were built last year in Antohomaro and Farahalana to replace two other facilities destroyed by Cyclone Enowa in 2017.

Prova, a manufacturer of vanilla extracts and flavors with a U.S. office in Danvers, Mass., and Barry Callebaut, a producer of chocolate and cocoa based in Zurich, Switzerland, in 2016 launched a project in Madagascar designed to diversify and stabilize revenues of vanilla farmers through the introduction of cocoa farming. Vanilla in Madagascar is harvested and sold from July to December each year, leaving an income gap of at least five months that could be filled by cocoa farming, which is harvested throughout the year. Barry Callebaut and Prova fund and support local communities through social, health and education programs.

“Companies like Prova and Barry Callebaut are spending significant time, energy and capital on vanilla sustainability to improve the overall health of the vanilla market, the well-being of the vanilla growers and their families, and to ensure long-term quality of the vanilla itself,” said Pam deVries, general manager and vice-president of sales, North America for Prova.