We use cookies to provide you with a better experience. By continuing to browse the site you are agreeing to our use of cookies in accordance with our Cookie Policy.
Home » Study ties ultra-processed diet to weight gain

The study involving 20 adults appeared online May 16 in Cell Metabolism. Researchers considered foods to be ultra-processed if they had ingredients predominantly found in industrial food manufacturing, including hydrogenated oils, high-fructose corn syrup, flavoring agents and emulsifiers.

“Though we examined a small group, results from this tightly controlled experiment showed a clear and consistent difference between the two diets,” said Kevin D. Hall, Ph.D., the study’s lead author and a senior investigator at the National Institutes of Health’s National Institute of Diabetes and Digestive and Kidney Diseases. “This is the first study to demonstrate causality — that ultra-processed foods cause people to eat too many calories and gain weight.”

Ten men and 10 women lived at the National Institutes of Health’s Clinical Center in Bethesda for a month. Their average age was 31. Their average body mass index was 27. 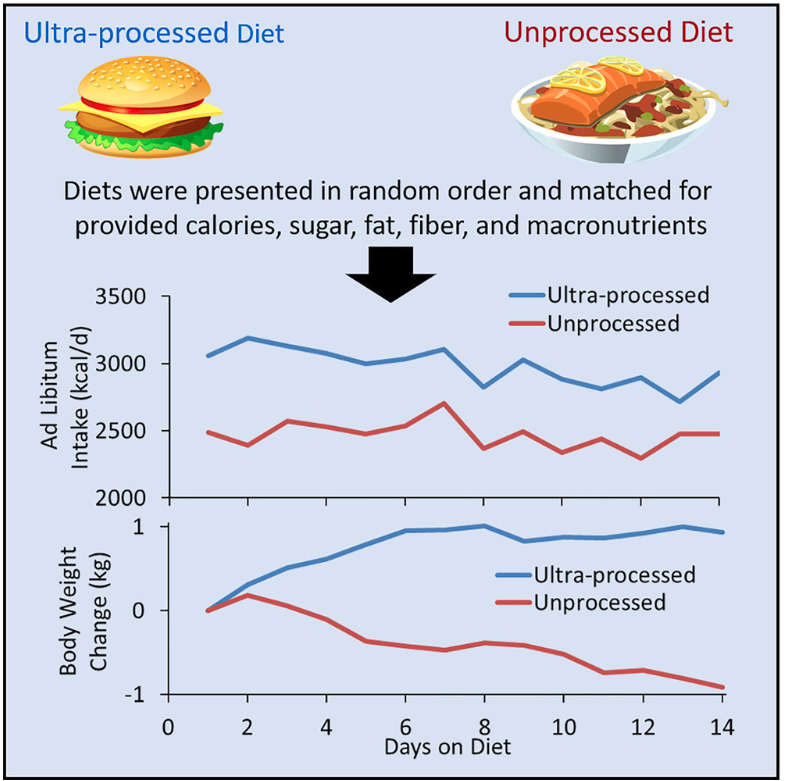 Support for the study primarily came from the National Institute of Diabetes and Digestive and Kidney Diseases.

The researchers noted that ultra-processed foods can be difficult to restrict.

“We have to be mindful that it takes more time and more money to prepare less-processed foods,” Dr. Hall said. “Just telling people to eat healthier may not be effective for some people without improved access to healthy results.”

Researchers estimated the weekly cost for ingredients to prepare ultra-processed meals with a total daily calorie count of 2,000 was $106, which compared to $151 to prepare minimally processed meals.

Weight Management Health and Wellness
Subscribe to Our Newsletters