We use cookies to provide you with a better experience. By continuing to browse the site you are agreeing to our use of cookies in accordance with our Cookie Policy.
Home » Beer, barf and blackberry brandy: Flavor development at Jelly Belly

CHICAGO — The creation of a “stinky socks” inspired jelly bean actually began with dirty gym socks. They were sealed in a zippered bag and festered in a car trunk for several weeks.

“Our flavor team, they’re scientists,” said Jana Sanders Perry, communications manager for Jelly Belly Candy Co., Fairfield, Calif. “They’re not going into it with emotion or psychology. They are going into it with a very scientific, analytical approach and saying, ‘What are the flavor notes? Let us replicate that.’”

“Flavor development can take weeks, it can take months,” Ms. Perry told Food Business News. “In the case of draft beer, it took us probably years…

“That was a lot of hard work on the part of our R.&D. team to figure out how to take a very sweet jelly bean and turn it into one of the most recognizably not sweet, savory flavors, and that’s beer. It did have a hint of sweetness to it just naturally, so it’s more like a hefeweizen than a lager or ale.” 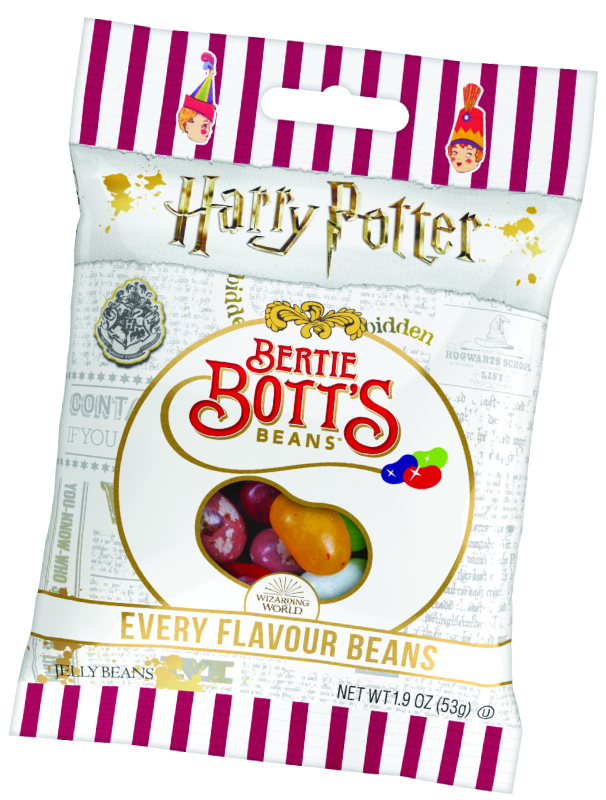 In 2000, Jelly Belly introduced Bertie Bott’s Every Flavour Beans in a partnership with Warner Bros. and the “Harry Potter” series, featuring such flavors as dirt, sausage and vomit.

“In the case of barf … barf started out as a pizza flavor,” Ms. Perry said. “A long time ago, we were trying to make pizza; everyone wanted pizza. We tried it. It didn’t work, for obvious reasons. It was just too … the cheese, the tomato. It was just not working.

“So, then we were approached by Warner Bros. to do Bertie Bott’s. They said, ‘We would love to have a vomit flavor, please.’ And we were like, ‘What do we do?’ And someone on the team said, ‘Wait, do you remember when we did that pizza flavor?’ And so they pulled that out of archives, and they turned it up a few notches, and that became barf.

“Your mistakes can sometimes be your greatest successes.”

At the Sweets & Snacks Expo, held May 21-23 in Chicago, the brand debuted a new confection collection, Jelly Belly Candy Cupcakes, featuring a mellocreme base made with fondant and marshmallow frappe. Flavors include strawberry, blueberry, chocolate, french vanilla and banana. The product is launching in August. 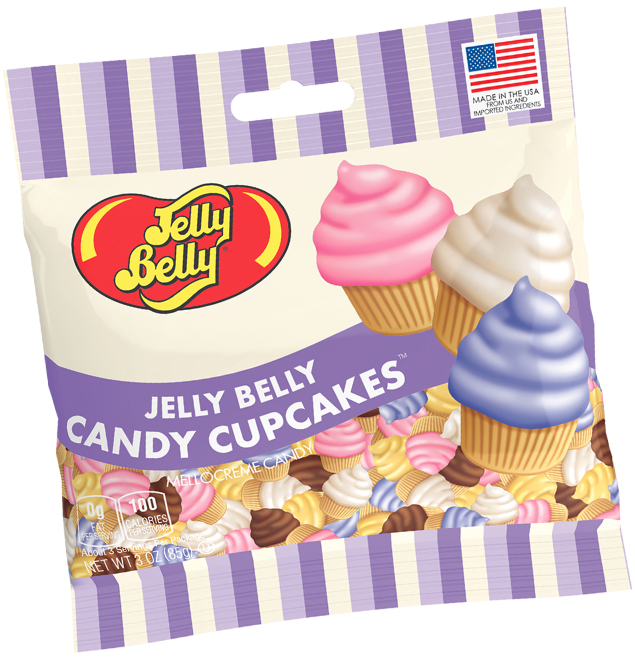 “The manufacturing process for Jelly Belly starts with the center,” Ms. Perry explained. “The center is separate from the shell… so the center is created first, and it has its own flavor, and then through the engrossing or panning process, we add the shell. And that’s done over a couple of hours alternating a wet ingredient, which is a flavored syrup, and a dry ingredient, which is a sugar … so you can apply a different flavor at that point.”

“We took the first step with the original glazed, and we really had to nail that,” Ms. Perry said. “That was the most important because that’s essentially the Krispy Kreme brand. Everyone thinks of the ‘hot light’ original glazed. We licensed the Krispy Kreme brand and created flavors that are true to that brand,” including strawberry iced, chocolate iced with sprinkles, glazed blueberry cake and cinnamon apple filled.

“Tapping into these trends, we try to stay ahead of the game,” she added. “Pomegranate was one really good example where we did that way before pomegranate took off. But then when it did take off, we were right there with our pomegranate flavor.

“We listen to what our fans are saying. For years and years, they said, ‘We want beer…’

“We’ll retire things and make room for others because tastes change. In the ‘80s we had a blackberry brandy flavor, which I am fascinated by. I would have really loved to have tried that, but no one really drinks brandy right now, so obviously that didn’t survive the generational shift.”