ATLANTA — Retail sales of Coca-Cola’s zero-sugar soft drinks grew 6% in the recent quarter, contributing to strong revenue growth that exceeded Wall Street expectations. Shares of the Coca-Cola Co. trading on the New York Stock Exchange closed at $53.33 on July 23, up 4.1% from the prior-day close of $51.22.

“Our performance was largely driven by consumer demand for no-sugar versions of some of our best-known sparkling soft drink brands as well as for the smaller packages with less sugar,” Mr. Quincey said during a July 23 earnings call. “Strong revenue growth for our core sparkling soft drink brands continues to fuel and enable new innovations and investments across our expanding total beverage portfolio. For example, our premium water brands, smartwater and Topo Chico, are delivering healthy growth supported by the national launch of smartwater antioxidant and smartwater alkaline and the ongoing strategic expansion of Topo Chico.”

Across all geographies, the company is focused on delivering sustainable performance through disciplined portfolio growth, he added. In April, Coca-Cola introduced Coke Energy in select European countries and has since expanded the offering to 14 countries, including Japan, Australia and South Africa, with plans to sell the product in 20 markets, including Mexico and Brazil, by the end of the year. 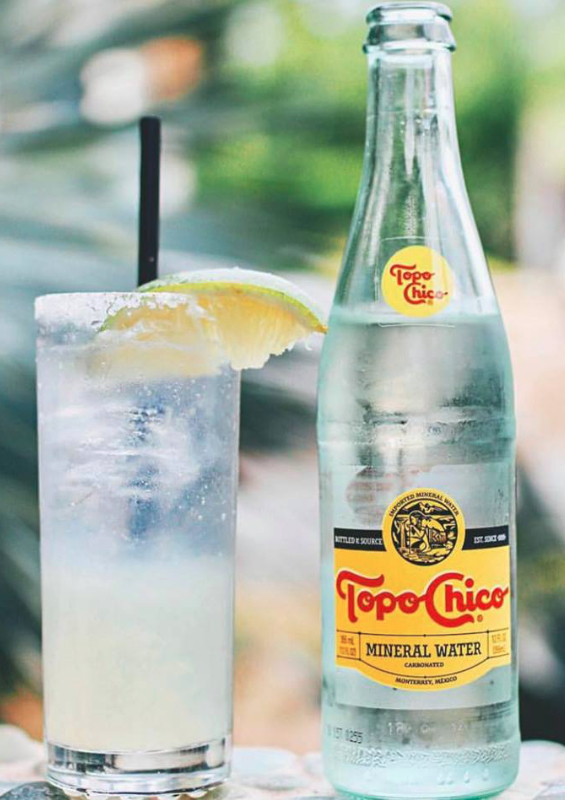 Coca-Cola recently settled an arbitration dispute with Monster Beverage Corp., receiving permission to sell and distribute energy drinks. Coca-Cola’s product was ruled an exception to a non-compete provision of the companies’ partnership, which began in 2015.

“The energy occasion is fast growing and expanding in multiple spaces to satisfy more consumers,” Mr. Quincey said. “We remain fully committed to our partnership with Monster, and we believe there are opportunities to capture even more value in the energy category for the Coca-Cola system and to bring new drinkers into our rapidly evolving category.

“The initial results are encouraging. In Spain, the first market where Coke Energy was launched, it has already captured 2% share of the energy category modern trade, and it has achieved similar sales for outlet as the market leader with strong repeat levels that indicate good consumer acceptance. We're taking everything we have learned and applying these insights as we rapidly scale Coke Energy across our system.”

Mr. Quincey said the company may refine and reformulate the product prior to launching in the United States.

“Clearly it’s a big market and a big opportunity,” he said.

Based on strong year-to-date performance, Coca-Cola raised its fiscal-year guidance for organic revenue to 5% from the previously stated target of 4%. The company continues to expect a 1% decline to 1% increase in full-year comparable earnings per share from $2.08 the prior year.