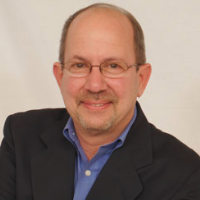 CHICAGO — During recent visits to bakery and snack production facilities, I noticed that more of them seem to be successfully implementing a 5S program. The five S’s are to sort, set in order, shine, standardize and sustain. Some have expanded this approach to 6S to include safety.

Both approaches reduce clutter, provide a safer workplace and keep a facility neat and orderly. They also help with preventive controls to reduce cross-contamination through tools, utensils, clutter, stuff on stuff, or a disorderly work environment.

In first implementations, companies installed boards with written descriptions such as “food contact” and “non-food contact” to indicate the types of tools and utensils to store on those boards. Now, I see more facilities using color-coded boards matching the color of the tools and utensils. For example, if the facility dedicated blue as their food-contact sanitation tools, then the boards are also blue with an outline of the tools indicating where to place them. Many facilities are raising off the floor their cleaning tools like brooms, dust pans and dust mops that could be harboring insects. With these new practices, employees can find what they need more quickly, and the combination of colors and shadows makes it easy for the employees to decide where to place their sanitation tools.

While many facilities seemed to focus their attention on production areas, I see more applying the program to sanitation rooms. For example, companies use color-coded racks to store clean buckets or tubs and stack them to dry instead of nesting them on the floor. Or, companies are indicating “parking spots” for different types of vacuums and storing them with the top open to indicate that they are empty and clean, thus avoiding potential infestations.

Another application is to create sanitation carts or racks to store tools not needed during production but are required during sanitation. This prevents them from cluttering the production floor, but they can be rolled out to clean the production line or taken to the sanitation room where they are cleaned after use.

In most cases, the successful 5S implementation team initially engaged with operators and sanitors to determine which sanitation tools were needed. That was to sort. Then, teams set in order by deciding the best location to place the sanitation tools: Was it on a shadow board close in the production area, in the sanitation room or on a cart? The team must then decide who is responsible for making the sanitation tool shine after use so they do not become contaminated. Once these steps are completed, the idea is to standardize across the facility to make it easy for employees working in different parts of the plant.

Finally, the last S, and often most challenging one: Sustain and make 5S a way of life. In many facilities, I saw sustainable programs long after the original implementation. There are many reasons why a program is followed in some plants and not so much in others. A common theme across successful implementation seems to be the implementation teams that see themselves as facilitators for a program that would work for operators, and sanitors often involved those people in the process. This empowers operators and sanitors to take ownership of their respective areas or activities to keep them clean and safe.