We use cookies to provide you with a better experience. By continuing to browse the site you are agreeing to our use of cookies in accordance with our Cookie Policy.
Home » Next-gen flavors in focus

KANSAS CITY — The teens and tweens of today are influencing tomorrow’s flavor trends. Generation Z is set to surpass millennials as the world’s most populous generation. Forward-looking food and beverage brands are tapping into the tastes and preferences of this burgeoning cohort, said Sarah Diedrich, customer marketing manager at Synergy Flavors, Inc., Wauconda, Ill.

“Growing up with a focus on authenticity of food rather than brand loyalty brings new challenges and opportunities, but by understanding the context in which these consumers live, manufacturers can develop more attractive products that are better suited to their needs and wants, delivering better performance in the marketplace,” she said.

Gen Z consumers prefer bold flavor profiles and extreme sensations. However, the unique and adventurous combinations embraced by millennials, such as a sriracha caramel, may not appeal to the younger set, Ms. Diedrich said.

“What we see is it tends to be a familiar flavor or a bold flavor like a spice, a sour, a sweet, but not too far-reaching,” Ms. Diedrich said. “Maybe it’s just that flavor combination in a new format… With Gen Z, it’s a little bit on the safer side of combinations.” 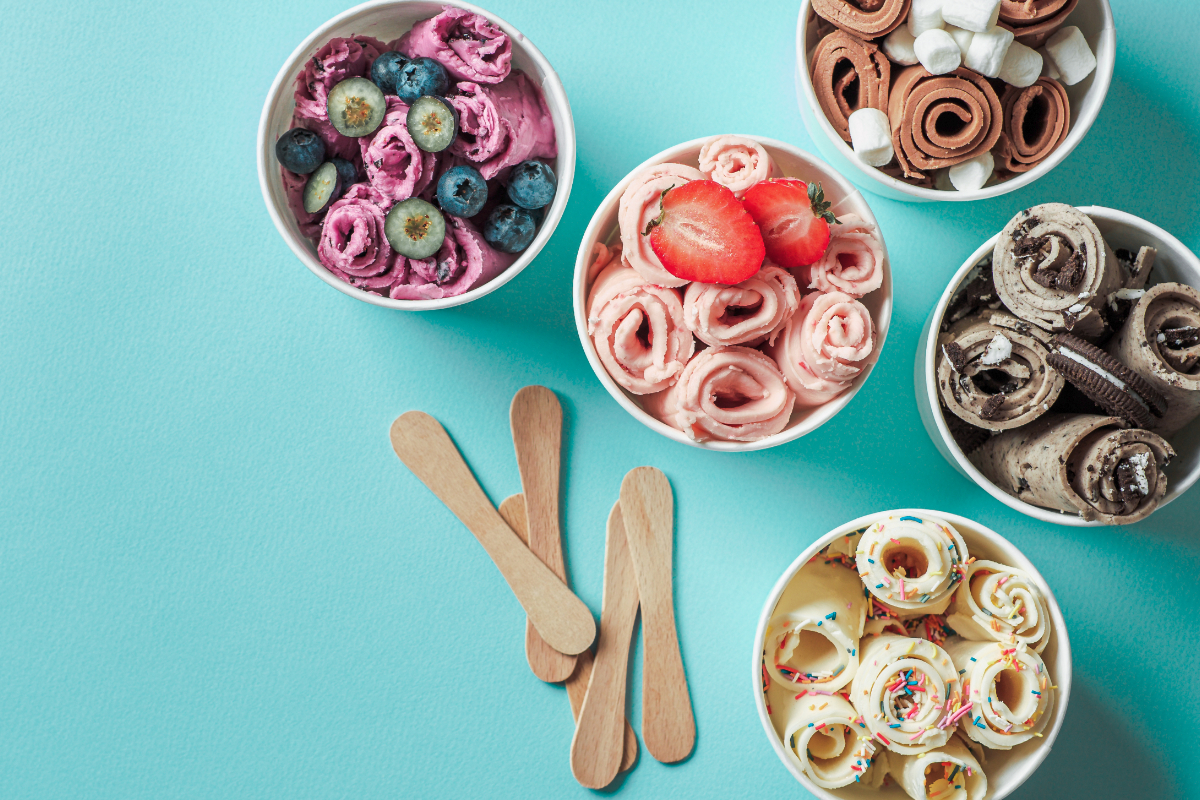 Personalization plays a key role in the food and beverage preferences of Generation Z, Ms. Diedrich said. At the Institute of Food Technologists’ annual meeting and food expo in June, Synergy Flavors demonstrated the possibilities of personalization with a quiz. Participants answered a series of non-food related questions that identified the ice cream toppings best suited for one of three personality types.

The personalized combinations were served atop a beignet-flavored ice cream as a nod to New Orleans, where the event was held.

“Synergy believes this personalization trend will continue to grow, especially as Gen Z continues to seek ways to stand out in their choices and build their own brand/identity,” Ms. Diedrich said.

Foods and flavors may be developed to match a specific occasion or whim, too.

“(Gen Z’s) food or flavor of choice for the day also may depend on how they are feeling in that moment,” Ms. Diedrich said. “How can food manufacturers use this to their advantage? By developing products meant for specific occasions or feelings, they can attract Gen Z consumers and create a deeper connection to their needs.” 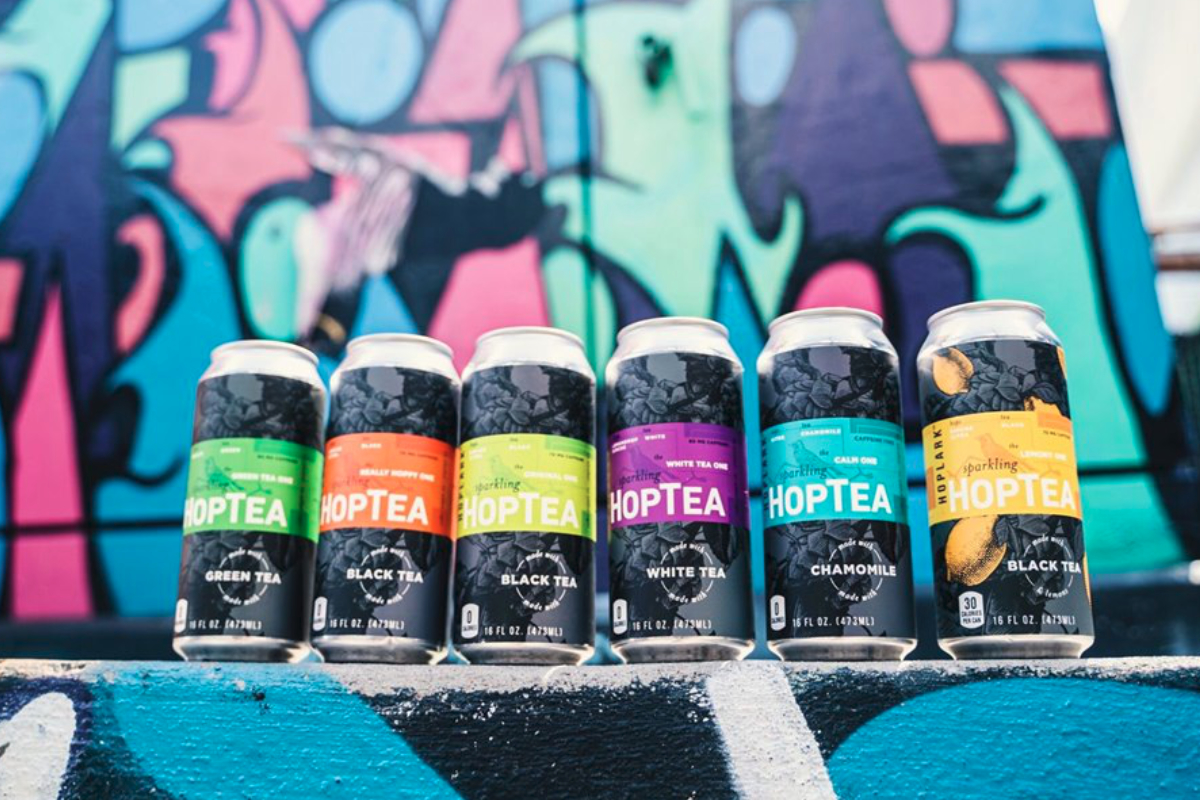 Beverage flavors are spilling over into snacking categories, including sugar confections, frozen desserts, chocolate confections and snack bars, too. At the Sweets & Snacks Expo held in May in Chicago, examples on display included cocktail-inspired chocolate cordials and snack nut mixes and sourdough pretzels flavored with hops.

“There are a lot of non-alcoholic beverages coming out with hops right now,” Ms. Diedrich said, citing as an example a sparkling hop water beverage served at The Sans Bar, a “sober bar” in Austin, Texas.

Featured at Natural Products Expo West in March in Anaheim, Calif., Hoplark HopTea Brewery and Taproom, Boulder, Colo., offers a range of sparkling tea brewed with hops. Co-founder Dean Eberhardt created the drink to deliver the taste and aroma of beer, which he missed during a 30-day dry spell to jumpstart some healthier habits. HopTea is described as “not your grandma’s sweet tea. Hoppy, but with less punch than your best friend’s IPA.”

Hops, alongside floral flavors like lavender, are popping up in beverages promoting relaxation and sleep benefits, Ms. Diedrich said.

“We’re seeing a lot of flavors that can work with functional food and beverage,” she said.

Trending functional ingredients, including collagen and cannabidiol, add bitterness or off notes that may be masked with coffee or chocolate flavors, she added. “Even the classics … aren’t just the classics anymore,” Ms. Laughter said during a presentation at the Sweets & Snacks Expo. “Because consumers instead of vanilla want Tahitian vanilla. And instead of chocolate, you’ll see Belgian chocolate, Dutch chocolate, hazelnut chocolate. Something a little different.”

“What was once exotic is now very much mainstream, and that time becoming exotic to mainstream is shortening,” she said. “It was only a few years ago that mango was pretty exotic, and now you can go through a drive-thru at McDonald’s and get a mango drink.”

Prepare to see more dragon fruit popping up in snacks. Sweet, snappy and vibrantly pink, dragon fruit is roaring to life in beverages, including a seasonal offering at Starbucks. Raspberry is on the rise as a top flavor in sugar confections and sweet cookies, up 300% and 400%, respectively, in new product launches over the past two years in North America, Ms. Laughter said.

“It was only a few years ago that mango was pretty exotic, and now you can go through a drive-thru at McDonald’s and get a mango drink.” — Julie Laughter, Fona International

Featuring sweet, tart and slightly floral notes, raspberry is versatile and may add an “absolutely Instagrammable” pink hue to food and beverage products.

Perennially popular citrus may be pumped up in product innovation through the addition of spices and herbs such as ginger, turmeric and basil, or with a touch of heat.

“What’s coming up next?” she said. “This is what’s trending in restaurants — Alabama white, a mayo-based barbecue, and Carolina sweet.”

“The point is, the innovation is nonstop with barbecue,” she said.

Top floral flavors in snacking include rose, hibiscus, violet, lavender and orange blossom; however, Ms. Laughter cautioned, this trend has yet to bloom among mainstream consumers.

“While it’s still in the emerging phase there are ways you can still innovate with it today,” she said. “If you’ve got consumers that are all in, fantastic. Go with it. But if you want to pace yourself here, here are some pro tips. To introduce floral flavors to consumers, think about pairing with familiar fruits. Notice with hibiscus, it’s often paired with orange, watermelon, berries and grapefruit.

“Or add just a hint of it … just to introduce your consumer to that taste profile. Many U.S. consumers still need to get used to that floral/botanical flavor profile on their palate.

“Fermented foods and flavors, including pickled fruits and vegetables, kombucha and Korean gochujang are catching on with consumers who associate such products with digestive health benefits.” 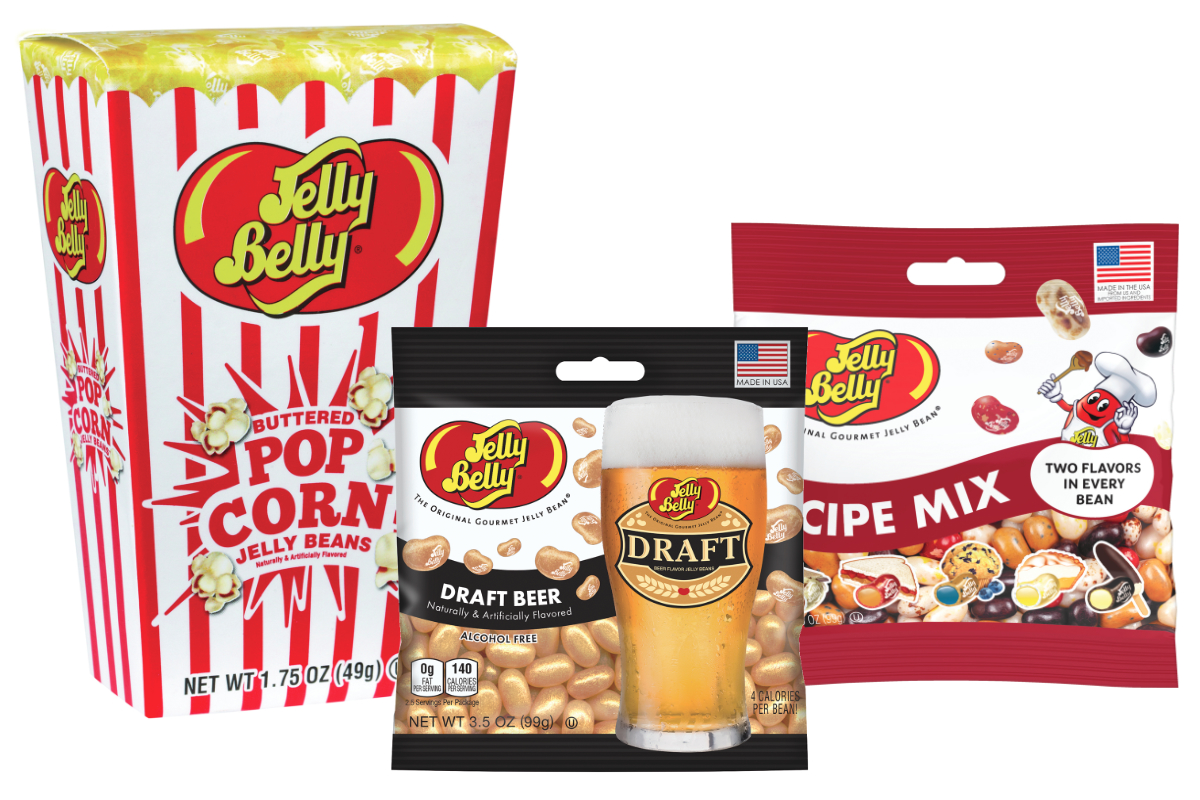 The creation of a “stinky socks” inspired jellybean actually began with dirty gym socks. They were sealed in a zippered bag and festered in a car trunk for several weeks.

“Our flavor team, they’re scientists,” said Jana Sanders Perry, communications manager for Jelly Belly Candy Co., Fairfield, Calif. “They’re not going into it with emotion or psychology. They are going into it with a very scientific, analytical approach and saying, ‘What are the flavor notes? Let us replicate that.’”

“Flavor development can take weeks; it can take months,” Ms. Perry said. “In the case of draft beer, it took us probably years…

“That was a lot of hard work on the part of our R.&D. team to figure out how to take a very sweet jellybean and turn it into one of the most recognizably not sweet, savory flavors, and that’s beer. It did have a hint of sweetness to it just naturally, so it’s more like a hefeweizen than a lager or ale.”

“Tapping into these trends, we try to stay ahead of the game,” Ms. Perry added. “Pomegranate was one really good example where we did that way before pomegranate took off. But then when it did take off, we were right there with our pomegranate flavor.

“We listen to what our fans are saying. For years and years, they said, ‘We want beer…’

“We’ll retire things and make room for others because tastes change. In the ‘80s we had a blackberry brandy flavor, which I am fascinated by. I would have really loved to have tried that, but no one really drinks brandy right now, so obviously that didn’t survive the generational shift.”