We use cookies to provide you with a better experience. By continuing to browse the site you are agreeing to our use of cookies in accordance with our Cookie Policy.
Home » Untapped growth levers among pillars to fuel Hostess

KANSAS CITY — Since its relaunch in 2013, Hostess Brands, Inc. has demonstrated consistent growth. Going forward, the company plans to turn to four pillars to fuel its profitable growth trajectory: brand strength, access to a great category, a growth model with proven results, and untapped growth levers and potential.

“(The brand) has high awareness, and it has high consumer reach and availability and a highly contemporary and engaging character that people want to talk about and engage with,” Mr. Lusk explained. “We’re part of a broader growing and addressable market of indulgent snacking, in which there is ample room to grow, and we, as Hostess, have a right to be able to participate. And we have a tested and proven playbook with established tools that are proven within C.P.G. marketing for continued growth.”

Mr. Lusk said the power of Hostess’ brand is evident in its 80%-plus brand awareness, which he said is on top of the company’s peer group. The strength and equity of some of Hostess’ underlying sub-brands is just as powerful, he added.

“That consumer brand awareness is correlated with an expansive distribution reach, which provides broad availability to consumers across regions, across channels and solidifies our leadership position in this space,” he said. “Consumers continue to engage with our brand because we are highly relevant and highly contemporary.”

The second pillar helping fuel growth is the strength of the snacks category.

“Simply put, it’s a great time to be in snacking,” Mr. Lusk said.

He said snacking has never been a bigger part of the American diet, with forecasts calling for the category to grow $30 billion over the next four years, or at a compound annual growth rate of about 4.7%.

“Most would want to be in a category with this kind of growth intrinsics,” he said. “And the great part is that Hostess sits right in the sweet spot.”

In a category that is driven by flavor, Hostess and its calling card of sweetness are well situated, Mr. Lusk said. But the possibilities for even more growth are out there, he added.

“Despite our high awareness, our high availability in our consumer preference, we’re still at a 32% household penetration with tremendous white space in order to be able to reach sweet baked goods' 69%,” he said. “And that index is still under indexes relative to other indulgent categories like cookies and confection, which are in the low to high 90s. So we are nowhere near reaching our ceiling yet.”

Hostess has a strong growth model with proven results, and Mr. Lusk said the company will continue to rely on that playbook as a pillar, with some tweaks.

“We have a rich history of innovation at Hostess,” he said. “And what we’ve seen is that because of the highly impulsive, highly relevant, highly attractive nature of our products and our brands, we don’t need to do big product changes in order to get growth. … But what we’ve seen is that what may appear like modest changes in a traditional innovation definition actually have the ability to create meaningful impact. When executed well, taps into a key consumer insight and can create outsized impact. We use fun, high-demand flavor and form varieties and extensions, exciting usage-driven limited-time offerings, or L.T.O.s, to be able to drive incrementality. (We) increased the buy rates among existing consumers and bring new consumers to the category.” 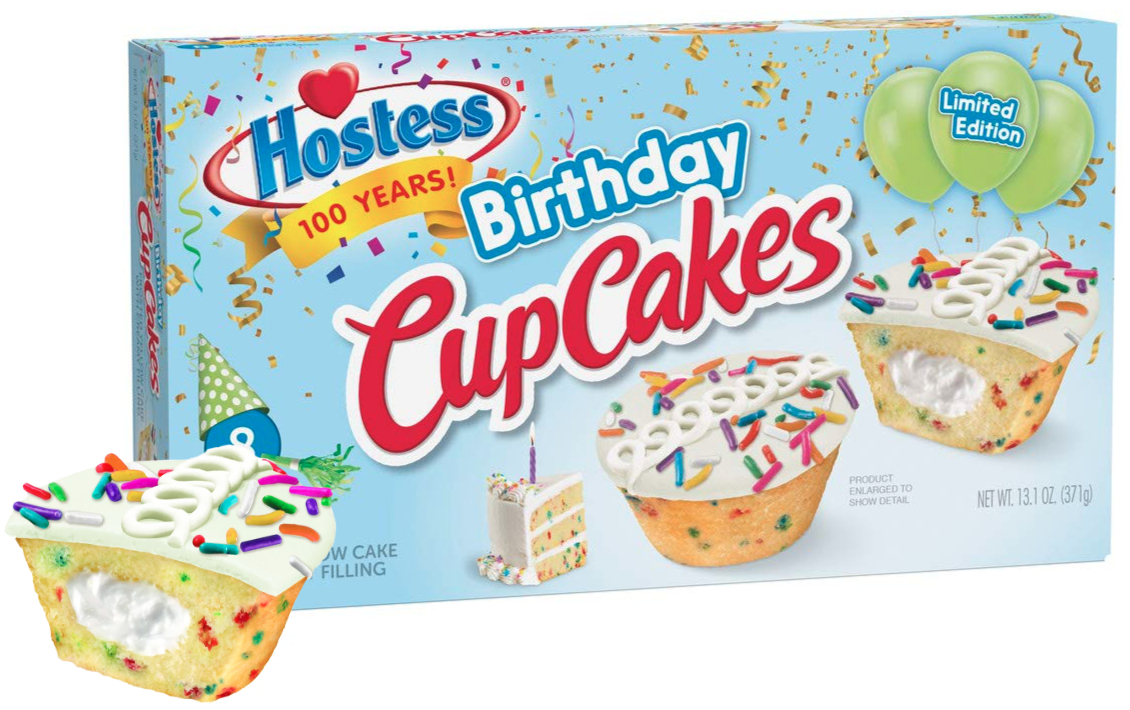 Mr. Lusk pointed to several examples of small things that Hostess has done to create a big impact. Birthday CupCakes, which were introduced earlier this year as a L.T.O. for the brand’s 100th birthday, have morphed into a permanent item because of their “overwhelming success, high applicable usage area and tremendous on-trend flavor,” he said, adding that the Birthday variety is now the No. 2 CupCake flavor.

White Fudge Ding Dongs, which Mr. Lusk said were introduced as a simple extension of a long-standing legacy product, the chocolate Ding Dong, has grown to become the No. 2 selling flavor of Ding Dongs.

“Proof and evidence that a flavor extension that hits on a high consumer preference, coupled with our brand, can bring high results,” he said.

In the Zinger portfolio, raspberry has turned in double-digit growth over the past couple years due to “focus and attention,” while strawberry Zingers, the brand’s most recent innovation, has driven 5% unit growth for the overall brand, Mr. Lusk said.

Turning to bread, Mr. Lusk said Hostess viewed the category as “an opportunistic adjacency to be able to capture a unique growth opportunity, leveraging our distribution network with its unique reach against a specific channel need.”

He said it’s difficult for D.S.D. providers to reach smaller-format stores, such as convenience stores and drug stores, with bread offerings. But Hostess, with its business model, has been able to provide a full-service solution of a combined bread and sweet baked goods offering.

“Now what that’s culminated in bread is putting us at a No. 1 selling branded bread position in c-store and drug, but it’s also allowed us to be able to capitalize and unlock opportunities on the snack cake side as well and be able to represent there,” Mr. Lusk said. “We are not bashful about using our distribution model to be able to drive growth.” 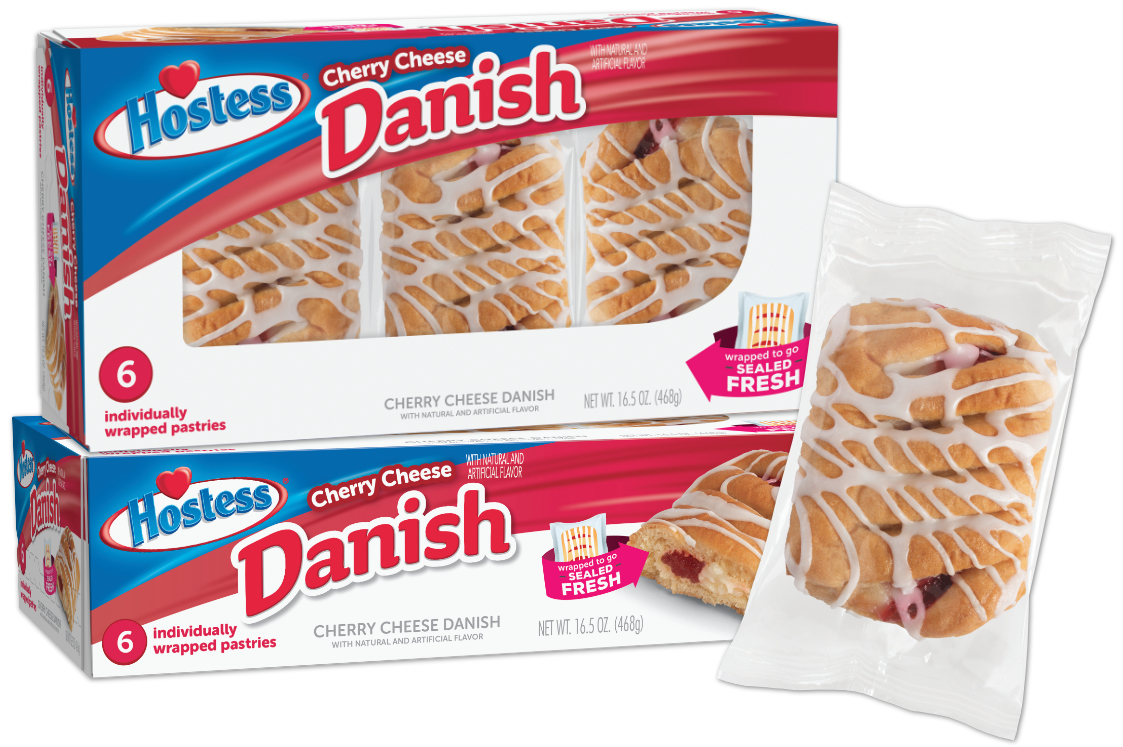 Beyond snacking, Mr. Lusk said Hostess is applying the same playbook to breakfast.

“We believe highly in breakfast,” he said. “It’s working for us. Our breakfast portfolio is growing, and we’ve continued to unlock capabilities and innovation based on the Cloverhill acquisition. Take an example of Cherry Cheese Danish here as a flavor extension that has driven 47% dollar growth to the total Hostess Danish portfolio upon its introduction.

“Another example is we’re going to be introducing a cream cheese coffee cake. Cream cheese being the No. 2 consumer flavor preference against coffee cakes and bringing that to the category showcases our ability to deliver against the consumer preference and unmet need. Innovating against the core doesn’t just have to be at a product level, it could be at a packaging level as well. So we’ve taken our Donettes brand and introduced the new snack-size package tied to a different use occasion, one that is fundamentally more portable and more snackable than bag donuts, and we found it to be 70% incremental to the Hostess donut shopper in stores where both products are present.”

The final pillar expected to fuel growth at Hostess is untapped levers of additional opportunity. Mr. Lusk identified two such levers. The first is breakthrough innovation, which Mr. Lusk described as “using consumer need states as a frame of reference to be able to approach innovation, but deep underlying consumer insights as a tool to be able to unlock them.”

“You are not reinventing the way that C.P.G. food marketing is done here; we’re simply applying a proven innovation method to Hostess,” he said. “We have promising concepts and ideas in the pipeline right now that we’re driving against for later 2020. I’m really excited about the pipeline and really being able to get to consumers where and how they snack today.”

The second lever is direct consumer advertising, a strategy he said Hostess has used since its re-launch.

“The returns on advertising are based on your underlying brand fundamentals plus the compelling message that you have to communicate, and we have great brand fundamentals,” Mr. Lusk said. “As a reminder, we have leading brand awareness with high availability, 92% to a consumer reach standpoint across channels. We’re highly contemporary in engaging an elicit phenomenal response from external folks. And now we want the ability to put that brand equity to use through consumer advertising. That is core. Brands with attributes like ours, highly engaging, highly impulsive, they have higher responsiveness to advertising. So what that means is that the conversion is quicker, up to 7 times faster than habitual grocery shopping and stronger.”