We use cookies to provide you with a better experience. By continuing to browse the site you are agreeing to our use of cookies in accordance with our Cookie Policy.
Home » U.S.D.A. lowers 2019 corn, soybean production forecasts slightly

“Acreage updates were made in several states based on a thorough review of all available data,” the U.S.D.A. said of the adjustments for both corn and soybeans. 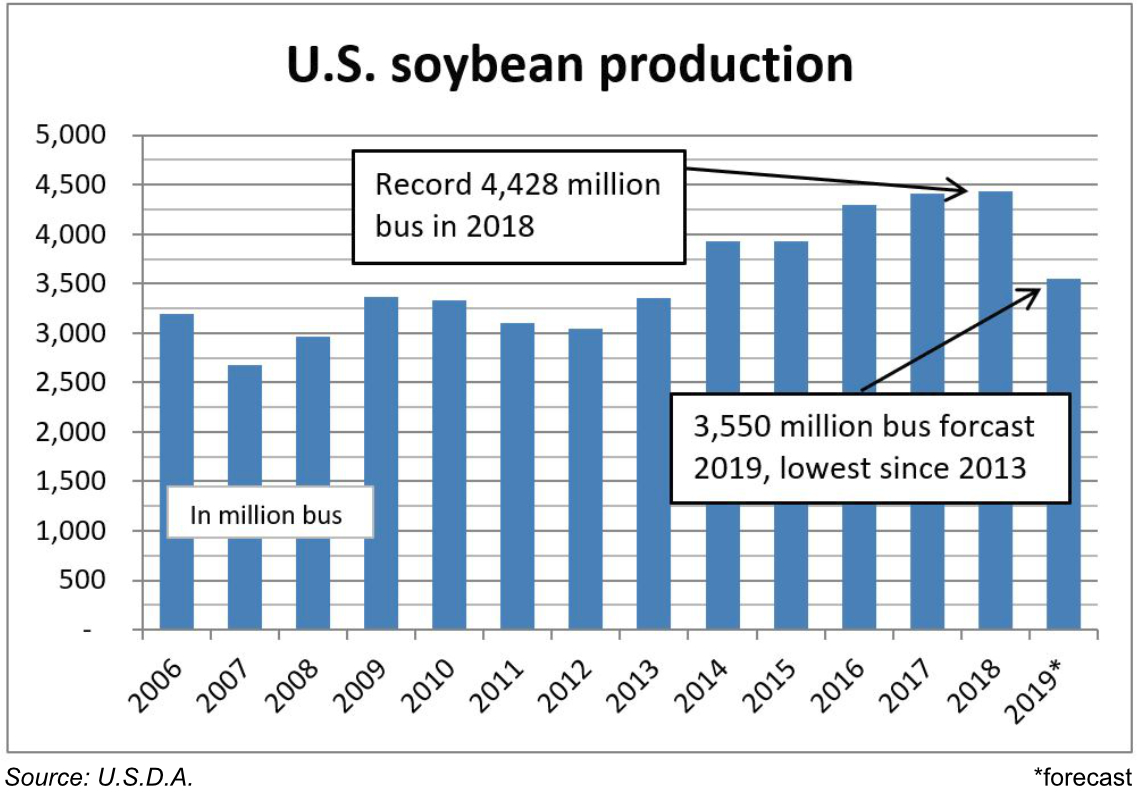 Nearby Chicago corn futures were down about 12c a bu, but soybean futures were up about 3c a bu after the 11:00 Central time release of the report.

Despite the mostly minor changes from September to the U.S.D.A.’s October corn and soybean production estimates, the trade remains concerned about potential crop losses to late maturing crops as wintry weather moves into the Upper Midwest in the next few days.

Wheat production estimates were not updated in the October crop report because they were revised in the U.S.D.A.’s Sept. 30 Small Grains 2019 Summary.