We use cookies to provide you with a better experience. By continuing to browse the site you are agreeing to our use of cookies in accordance with our Cookie Policy.
Home » Pet segment propels General Mills during second quarter

“Our (Pet segment) Q2 growth was driven by strong growth in the food, drug and mass and e-commerce channels, positive price/mix and a benefit from the timing of shipments in advance of holiday merchandising,” said Jeffrey L. Harmening, chairman and chief executive officer, during a conference call with financial analysts on Dec. 18. “This net sales performance was led by strong double-digit growth on Blue’s two largest product lines: Life Protection Formula and Wilderness.”

General Mills’ net income was $580.8 million during the quarter ended Nov. 24, equal to 96c per share on the common stock. It was a 69% increase when compared with the same period of the previous year.

Cost savings, lower consumer promotion expense and higher inventory balances at the end of the quarter all contributed to the improved quarterly performance, according to the company.

Sales in General Mills’ other four business units were flat or down during the quarter. North America Retail sales were flat compared to the second quarter of fiscal 2019.

The strength in U.S. cereal was due to “strong execution against the fundamentals,” Mr. Harmening said.

“We grew our U.S. cereal retail sales modestly in fiscal ‘18 and in fiscal ‘19, and our results accelerated to 2% growth in the first half of fiscal ‘20,” he said. “We’ve expanded our share leadership position through investment behind compelling consumer ideas such as Cheerios heart health campaign, which drove 4% retail sales growth on the Cheerios franchise in the first half of the year.

The weakness in yogurt was attributed to the lapping of the previous year when the company introduced and invested heavily behind the Oui brand.

“We are encouraged by growth on our core products with retail sales for original style yogurt up 1% and Go-Gurt up 10% through the first half of the year,” Mr. Harmening said. “We fully expect to strengthen our U.S. yogurt performance in the second half of the year behind several specific initiatives. Our second-half innovation lineup features a new coconut-based dairy-free offering on Oui by Yoplait. We’ll launch a new limited-edition line of original style Yoplait in four signature Starburst flavors, and we’ll launch Just 3 by Yoplait, a new line of traditional yogurts with just three simple ingredients.

“We’ll also increase our consumer support in the second half on our core products and on Oui by Yoplait. And finally, we’ll face reduced distribution 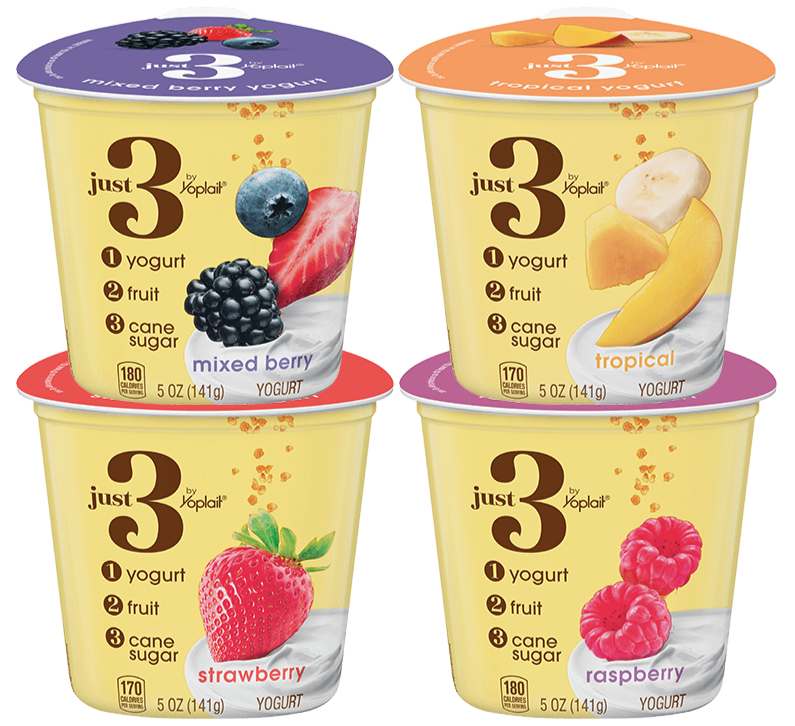 headwinds as we move into calendar 2020. In total, we expect these efforts will result in improved retail sales growth for our U.S. yogurt business in the second half of the year.”

Organic sales were also flat in the Convenience and Foodservice segment.

Management reaffirmed the company’s full-year guidance. Organic sales are expected to rise 1% to 2% for the year. Adjusted earnings per share are expected to increase 3% to 5% from the $3.22 per share earned in fiscal 2019.