We use cookies to provide you with a better experience. By continuing to browse the site you are agreeing to our use of cookies in accordance with our Cookie Policy.
Home » How a home kitchen experiment led to Lily’s Sweets

How a home kitchen experiment led to Lily’s Sweets

BOULDER, COLO. — Over a decade ago, Lily’s Sweets founder Cynthia Tice had sworn off sugar but couldn’t kick her daily chocolate cravings. A longtime user of stevia in home cooking and baking, she began experimenting with the sweetener to create a healthier take on her favorite indulgence.

“Not even so much to launch a brand but just so I could eat it,” she recalled. “Initially I tasted some of the worst chocolate I have ever tasted in my life.”

A veteran of the natural products industry, Ms. Tice had opened a neighborhood natural grocery store in Philadelphia in 1978. She owned and operated the business for 20 years, then began offering consulting to supermarket retailers and food brands.

“For many years during the time I was doing consulting, people would say to me, ‘Why don’t you launch your own brand?’” she said. “I didn’t have the desire or a product in mind that I thought was compelling.”

That began to change when stevia was approved as a safe ingredient by the Food and Drug Administration. Meanwhile, sales of diet soft drinks were sliding as consumers became unsure about artificial sweeteners, she said. 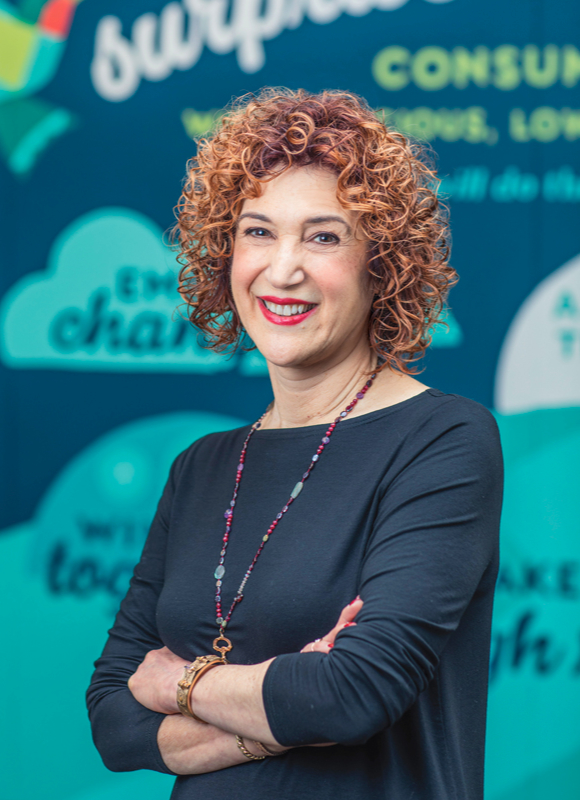 Friends encouraged her to bring her reduced-sugar formulation to market. She had created four 55% dark chocolate solid bars based on the top-selling varieties in the conventional chocolate category. Drawing on years of consumer packaged goods expertise and industry connections, Ms. Tice developed pricing, packaging and a sales strategy. She partnered with a third-party manufacturer. Whole Foods Market became her first customer. Today, the products are sold in more than 24,000 retail outlets nationwide.

In the early days of the business, she relied on in-store sampling to expand consumer perceptions of no-sugar-added chocolate. The brand’s research found 82% of consumers claimed to be limiting sugar in their diets, but only 36% were successful in doing so.

“In my years in the natural products industry, I’ve learned that people say they want to eat more healthfully, but honestly unless the taste is there for them, they can’t continue with it,” she said. “People don’t want to compromise on their favorite foods. We sampled a lot, and consumers were delighted and amazed with what they experienced when eating Lily’s.

“It even got to the point where I would take Lily’s to a potential retail buyer, and I would do the presentation and they would taste the product, and I wouldn’t tell them until after they tasted the product that it was sweetened with stevia.”

Over the years, the Lily’s Sweets portfolio has expanded beyond chocolate bars into baking chips and other confections such as peanut butter cups and coated nuts and popcorn. A broad offering of flavors spans dark, extra dark, milk and white chocolate style varieties. Recently, the brand has benefited from the popularity of the ketogenic diet.

“I think there continues to be a drive for better-for-you snacking, better-for-you eating, and I think Lily’s can benefit as a recipient of that movement in many areas of the store,” Ms. Tice said. “I think Lily’s will end up being an iconic brand that can traverse the grocery aisles.”

“Year after year Lily’s sales were doubling, and by 2017 we were a company of four people,” Ms. Tice said. “It was me and my two kids and one other person in charge of operations. The company was growing so quickly that it became very apparent to me that I had to do something. I had to figure out what was going to be the next step for Lily’s.”

VMG Partners shared similar values, she said, citing a commitment to transparency, authenticity and philanthropy. The team has since grown to more than 50 employees, and Ms. Tice now oversees the brand’s mission and community involvement efforts.

“I stepped away from the day-to-day, but I am the conscience of the brand,” she said. “All ingredients are still run by me. I assist with innovation. A lot of stuff I was doing as the sole driving force behind the brand has now been formalized, and now we have a charitable giving committee that I head. I’m thrilled to be doing that work.” 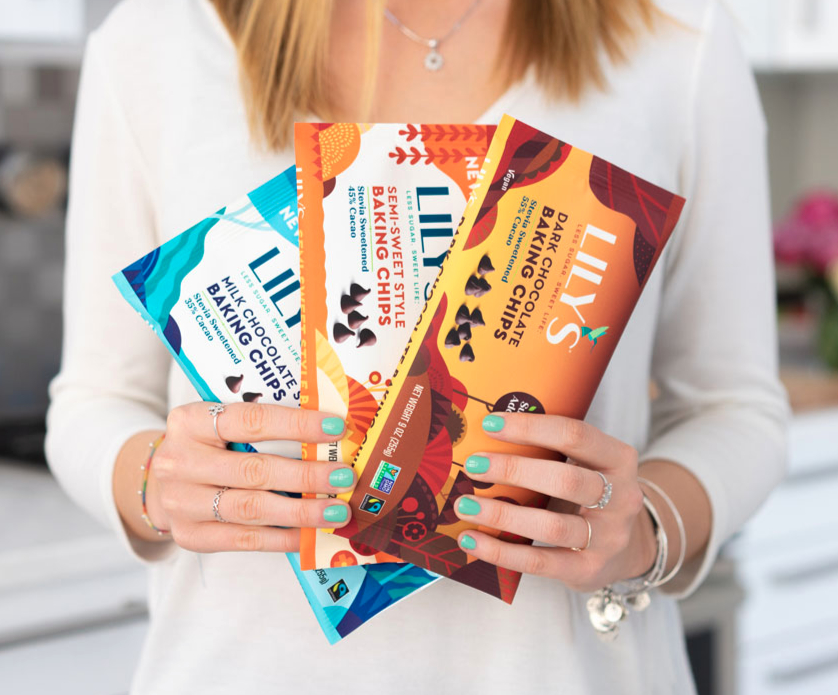 The brand’s name is rooted in charitable giving, Ms. Tice said. Lily, the niece of a former business partner, was a young cancer patient who raised money to buy wheelchairs for the children’s hospital where she was treated.

“When we were launching the company, we were struggling to come up with a name, and it just seemed so natural to make Lily our namesake and to make our charitable donations to organizations that she supported as well,” Ms. Tice said. “She started raising money to support organizations that help kids with brain cancer, and so we did that as well. It became a real part of our mission. We were donating to non-profits before we even took salaries ourselves.”

To date, Lily’s Sweets has donated more than $400,000 to non-profit organizations that support childhood wellness. Entrepreneurs have the power and responsibility to effect change through business, Ms. Tice said.

“I can’t stress enough how much I think that should be part of an entrepreneur’s thought process,” she said. “Being thoughtful about every way you can use your business to be helpful. We’re really at a time in our evolution where our country and the planet need this.”