We use cookies to provide you with a better experience. By continuing to browse the site you are agreeing to our use of cookies in accordance with our Cookie Policy.
Home » Recession becomes another tailwind for plant-based eating

TUALATIN, ORE. — Expect plant-based eating to continue its sales surge this year, with an added impetus: the economy, according to a “Shifting sands forecast” from Tualatin-based Culinary Tides, Inc.

“It’s not for health or to save the planet,” said Suzy Badaracco, president of Culinary Tides, which helps companies accelerate marketing and product innovation. “It’s because I can’t freaking afford a steak. I’m going to eat beans and rice. I’m going to eat spaghetti and sauce with no meat.”

Vegetarian consumption goes up in every recession, she said. Consumers who tried plant-based burgers might go back to their meat-eating ways, though.

Hybrid burgers, with one example being 75% animal meat and 25% vegetables, could rise in popularity this year. They tend to be less expensive than traditional hamburgers and have less sodium and fat and more fiber.

The terms “snackified” and “peasant food” could have roles in families dealing with financial issues. Parents may skip a meal so children will not go hungry.

“It’s extremely heartbreaking,” Ms. Badaracco said. “Snacking is not just for fun. It’s, ‘I cannot afford lunch so I will have a bag of chips.’” 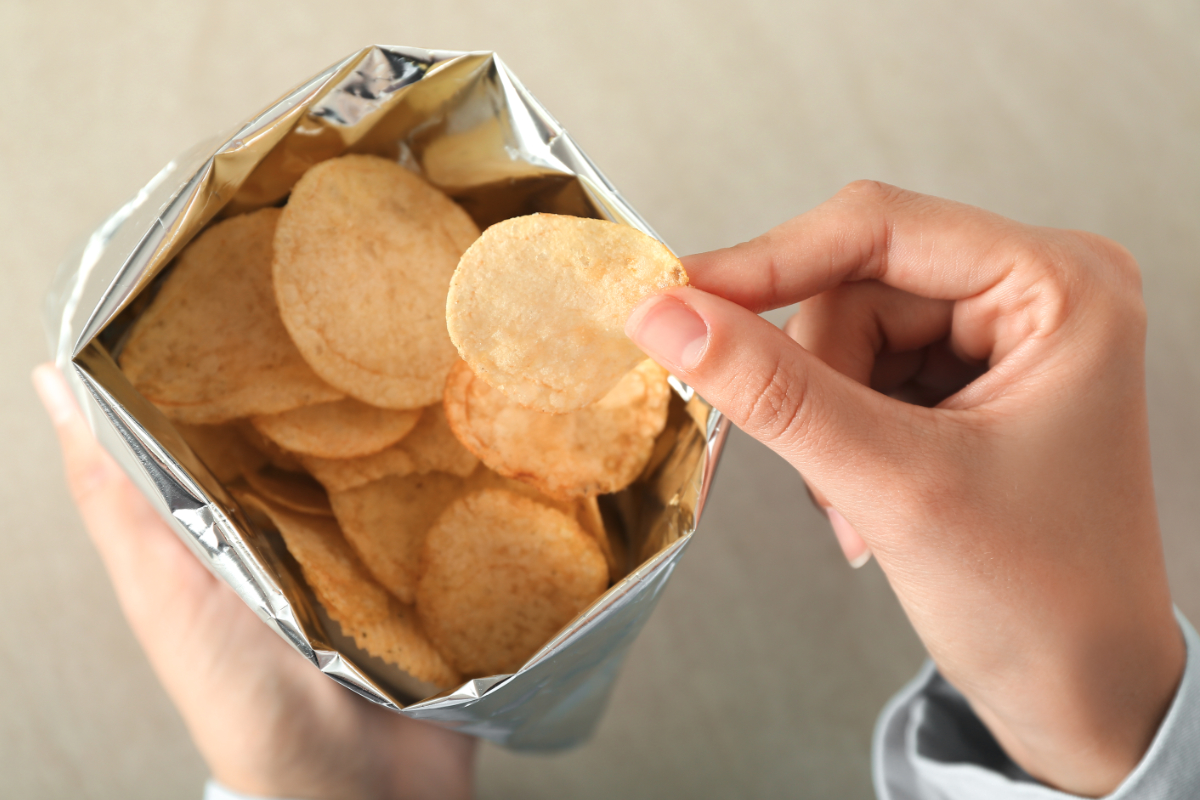 She recommended restaurants come up with “snackified” items, which would involve taking a menu item and making a smaller, more affordable version of it.

“It would be very helpful to a ton of families — and college kids,” she said. “College kids had no money, and now it is even worse.”

Peasant food involves food from specific countries. Ms. Badaracco gave the example of barbacoa, a meat-based stew with origins in South America. Originally, cheap parts of the animal, like the head, were used in the stew. Korean bibimbap, a dish in a bowl, features rice, some form of meat and often a cracked egg in a bowl. Ratatouille, a French stew, could be peasant food, too.

The “Shifting sands forecast” gives predictions for 2021-22 in the areas of government, technology, health, consumers, travel, beverages and food. Immunity benefits and the federal legalization of cannabis, including cannabidiol (CBD), could make news over the next two years.

COVID-19 has consumers worried about their health and dealing with anxiety.

“Cognitive function is the backup dancer and No. 2,” Ms. Badaracco said.  “Immune function is going to be the No. 1.”

Ms. Badaracco recommended companies promote the immunity benefits in their products but to avoid explaining the microbiome.

“If they see a product and don’t understand what the word microbiome is, they are not going to buy it because they don’t trust anything right now.” — Suzy Badaracco, Culinary Tides, Inc.

“It’s not going to be a huge focus for 2021 because it’s too complex of an issue for consumers to deal with,” she said of the microbiome.

The pandemic, the 2020 presidential election and the recession all have stressed out consumers. When stress levels increase, trust decreases, she said.

“If they see a product and don’t understand what the word microbiome is, they are not going to buy it because they don’t trust anything right now,” she said.

“They want to know, ‘Oh, this product, the label says it is high in zinc, and zinc is good for our immune system. Great, I’m buying that product,’” she said.

COVID-19 could delay the introduction of national cannabis legislation as well. The Biden administration, the Food and Drug Administration and the Drug Enforcement Agency all want cannabis regulation on a national level, Ms. Badaracco said.

“We were expecting more significant movement this year in 2021,” she said.

Now, that movement may come in 2022. The FDA this year probably will heavily prioritize its work on the coronavirus since different strains of it, including those from Brazil, South Africa and the United Kingdom, have entered the United States, Ms. Badaracco said.