A street-level view of emerging trends

For the past 16 years Mr. Ludwig and his colleagues have traveled to the three major metropolitan cities to visit new restaurants and sample menu items.

“I can tell you there is no substitute,” he said. “You can’t track trends by looking at a computer screen. In short, what this has done for us is give us a down-to-earth, practical view of what is happening at restaurants.” 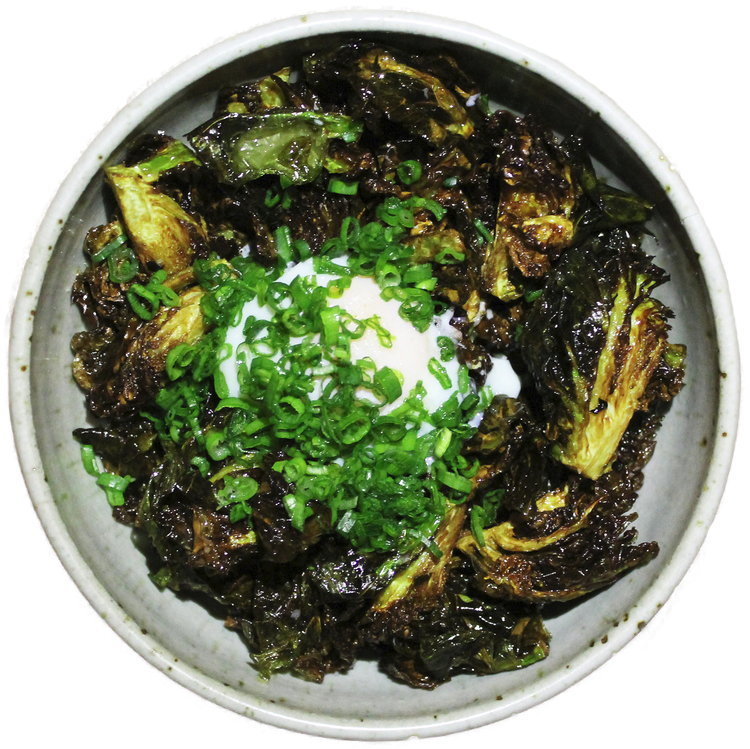 Mr. Ludwig said the trend of “veg-centricity” has entered its fourth year and has become a macrotrend in the food marketplace.

“When we are talking about veg-centricity, we mean chefs are taking fresh vegetables, and sometimes fruit, and bringing them to the center of the plate.”

But Mr. Ludwig noted veg-centricity does not mean vegan or vegetarian.

“What chefs are doing is bringing the produce into the center-of-the-plate and then using meat and seafood proteins to kick up the umami, something you can’t do with plant-based proteins,” he said. “We are seeing chefs losing the meatless mindset. These dishes really appeal to the omnivore side of the population.” 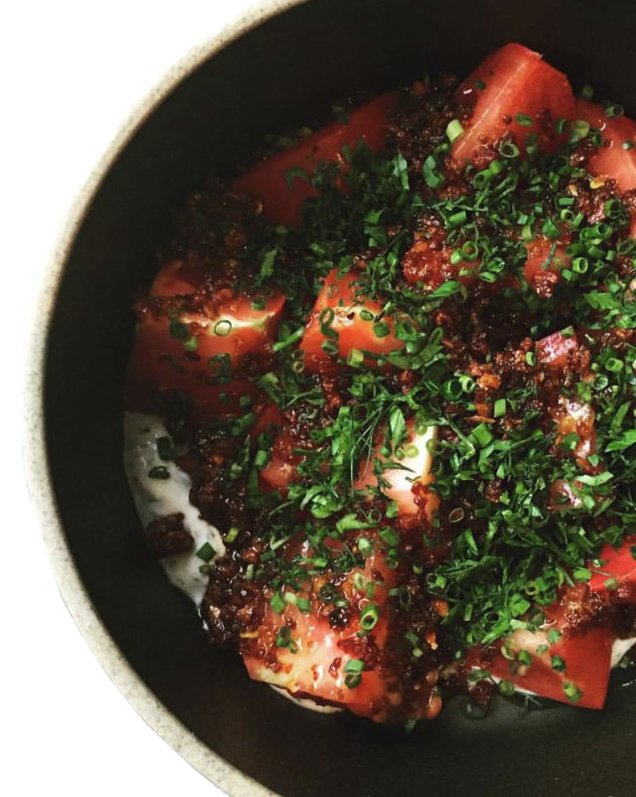 For example, an item on the lunch menu at the Rose Café in Venice, Calif., features crispy Brussels sprouts with a poached egg topper and scallions. The yolk from the poached egg acts as a secondary sauce, Mr. Ludwig said.

“Veg-centricity is no longer a supporting act; it is no longer the second banana,” he said. “Proteins are produce partners, and consumers are ready for it.”

The simplicity of Brazilian tapioca

Brazilian tapioca primarily is consumed as a snack in the country. The snacks often feature the simple recipe of flour, water and savory or sweet fillings.

“The interesting thing is you blend in just enough water in the flour for it to granulate,” Mr. Ludwig said. “Then you put it in a wire strainer, and when the tapioca granules hit a hot pan, they turn into a hot cake. We found this at three small restaurants in New York, and I really think this is one of those best kept secrets.” 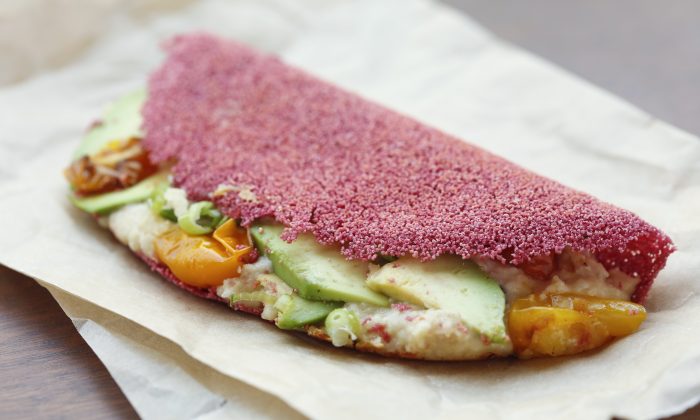 “Rather than using water, they (Market Ipanema) use some sort of vegetable or fruit juice that creates great flavor and some eye-popping color,” Mr. Ludwig said.

He added that the items tap into several current trends, including consumer demand for gluten-free options, items low in fat and low in calories.

“The other thing is this is a real winner in-house, because it’s a single inventory add,” he said. “All you have to bring in is tapioca flour. Everything else to execute is in stock.”

Mashing Indian into the mainstream 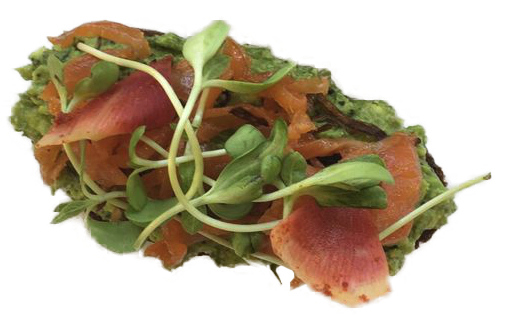 Noting that Indian cuisine is a niche in the United States, Mr. Ludwig predicted it will gain steam as chefs merge Indian-centric ingredients and flavors with such applications as toast, chicken wings and fries.  At the Pondicheri Café in New York, the menu features a salmon avocado toast that contains tandoori wild salmon that is flavored with coconut, kari leaves and mango chutney. The venue also features a masala eggs roti wrap with cilantro chutney.

“This beautiful flatbread can be used for a variety of applications,” he said. 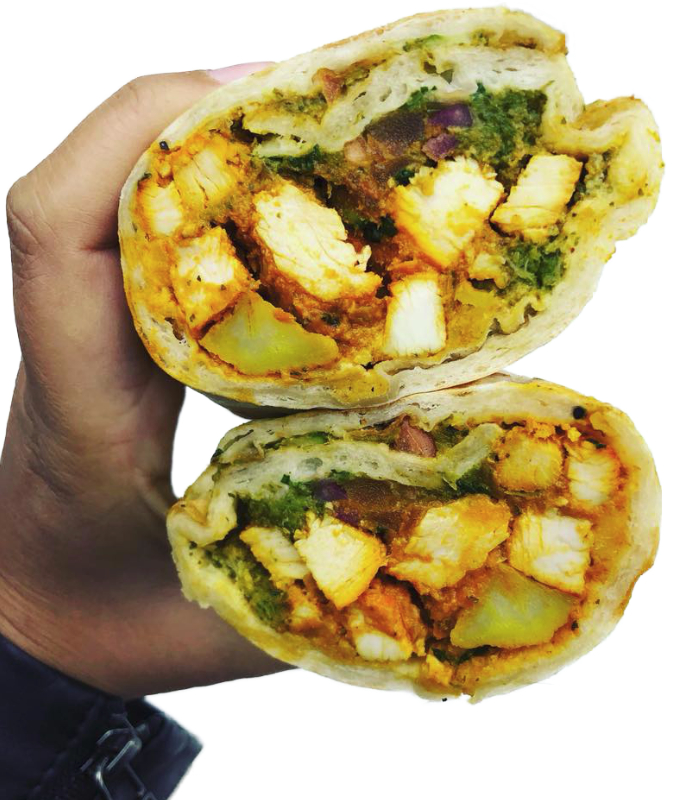 At the Kottu House in New York, diners can sample the restaurant’s classic chicken, which features chicken cooked in a black curry with spices; crispy prawn, where the prawns are cooked in a curry with coconut milk; and the “sneaky pineapple,” which features pineapple cooked in coconut curry with Sri Lankan spices. The Bombay Frankie Co., Los Angeles, offers an Indian burrito that features a choice of vegetable, paneer, chicken, fish or chana masala wrapped in a thin naan with a chickpea spread.

Mr. Ludwig called the mashup of Indian ingredients and flavors in carriers consumers are familiar with a “no brainer."

“They (Bombay Frankie) are already doing an Indian burrito,” he said. “There’s no reason other operators can’t create concepts that create differentiation and drive word of mouth.”