U.S.D.A. goes against organic board, keeps carrageenan on list

WASHINGTON — The U.S. Department of Agriculture decided against the recommendation of its own National Organic Standards Board and renewed carrageenan’s status on the National List of Allowed and Prohibited Substances (National List), according to an April 4 posting in the Federal Register. The ruling means carrageenan, which is not certified organic, may continue to be used in organic food items.

“We commend the U.S.D.A. for taking seriously its responsibility to review the N.O.S.B. recommendation and make a decision based on the facts and science,” said Michiel van Genugten, global product line manager, Seaweed Extracts & Colors, for DuPont Nutrition & Health, Wilmington, Del. “This will allow organic food producers to continue to use a safe, versatile ingredient they rely on, and for consumers to enjoy the foods they know and love.”

Consumers Union, the Washington-based advocacy division of Consumer Reports, disagreed with the ruling.

“Today’s decision by the U.S.D.A. represents a troubling precedent that undermines the integrity of the organic label,” said Charlotte Vallaeys, senior policy analyst with Consumers Union. “Current law requires the U.S.D.A. to base the National List of allowable ingredients for organic food on the recommendations of the National Organic Standards Board, which are developed after extensive public engagement and stakeholder input. The U.S.D.A.’s decision to ignore the N.O.S.B.’s recommendation raises serious concerns about the future of the organic label.”

"The U.S.D.A.’s decision to ignore the N.O.S.B.’s recommendation raises serious concerns about the future of the organic label.” — Charlotte Vallaeys, Consumers Union

The U.S.D.A.’s National Organic Program allows for certain synthetic and non-synthetic substances that are not certified organic to be allowed in food labeled “organic” or “made with organic (specific ingredients or food group(s))” if the substances meet certain criteria, such as if the substances cannot be produced from a natural source and there are no organic substitutes. Such substances then appear on a National List.

The National Organic Standards Board is a federal advisory board made up of public volunteers from across the organic community. The N.O.S.B. in November 2016 voted 10-3 to remove carrageenan, a hydrocolloid sourced from seaweed, from the National List because alternative materials, including gellan gum, guar gum and xanthan gum, are available for use in organic products.

The National Organic Program is part of the U.S.D.A.’s Agricultural Marketing Service, which disagreed with the N.O.S.B. in the April 4 Federal Register, which may be found here. 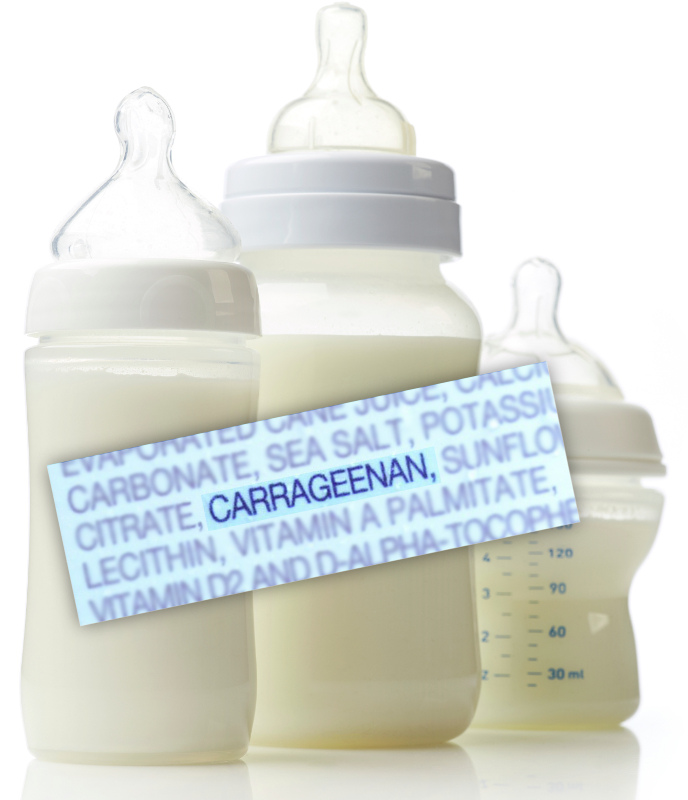 “A.M.S. found sufficient evidence in public comments to the N.O.S.B. that carrageenan continues to be necessary for handling agricultural products because of the unavailability of wholly natural substitutes,” the A.M.S. said. “Carrageenan has specific uses in an array of agricultural products, and public comments reported that potential substitutes do not adequately replicate the functions of carrageenan across the broad scope of use. Therefore, carrageenan continues to meet the (Organic Foods Production Act) criteria for inclusion on the National List.”

An independent survey of food formulation professionals confirmed that carrageenan was the most accepted ingredient for certain foods, according to DuPont Nutrition & Health, a business unit of DowDuPont Specialty Products Division. Carrageenan is the only approved non-synthetic stabilizer allowed for use in U.S. liquid organic infant formula.

During a public comment period that preceded the N.O.S.B. recommendation, scientists, professional food formulators, seaweed farmers and consumers commented. DuPont Nutrition & Health said those in favor of carrageen remaining on the National List gave these reasons: