We use cookies to provide you with a better experience. By continuing to browse the site you are agreeing to our use of cookies in accordance with our Cookie Policy.
Skip To Content
Home » Battle for piece of the food service pie intensifies

Battle for piece of the food service pie intensifies

KANSAS CITY —  Earlier this year, Domino’s Pizza, Inc. unseated Pizza Hut as the largest pizza company in the world based on global retail sales. Domino’s was quick to point out the change in ranking in press materials, and the announcement has served as a springboard to further success for the Ann Arbor, Mich.-based pizza chain.

Domino’s retail sales in 2017 exceeded $12.2 billion, surpassing Pizza Hut’s total of $12.03 billion. And while Pizza Hut still holds the top spot in terms of locations operating worldwide — roughly 16,750 to 14,850 — there is no denying Domino’s momentum.

In a June 20 presentation at the Oppenheimer Consumer Conference in Boston, Jeffrey D. Lawrence, executive vice-president, chief financial officer and principal accounting officer at Domino’s, said the company has been able to achieve its recent success by attaining balance.

“ … When you talk about retail sales, we’re achieving the balance between comps and unit growth to drive retail sales growth, which is exactly kind of the way you’d want to draw it up if you were to whiteboard it,” Mr. Lawrence said.

He described the pizza category as “incredibly fragmented,” with more than 50% of the industry comprised of independent and regional pizza players. The largest three or four pizza companies account for less than half the category’s market share, a scenario Mr. Lawrence said has allowed Domino’s to flex scale the old-school wa 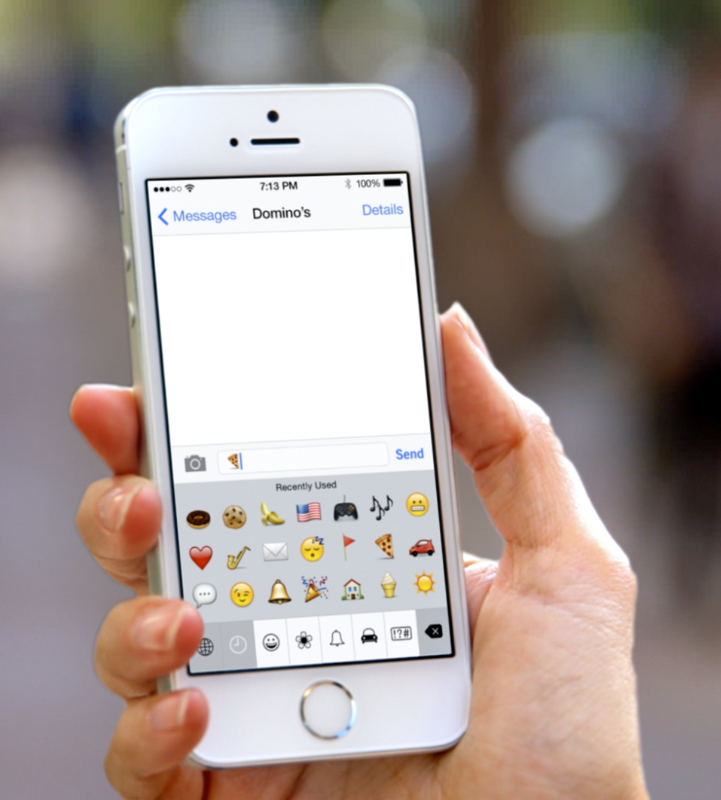 y in procurement and advertising as well as the new-school way in technology.

“It has really proven to be a market share changer for us and something that we’re very, very keen on making sure that we maintain that technological leadership and innovation by leveraging our scale,” he said.

Technology has been a game-changer for Domino’s. Although admittedly the last to market of the big pizza players, Mr. Lawrence said Domino’s has catapulted past its competitors to become the leader in technology.

“How do you do that?” he asked. “Well, you take the long and hard road. You dedicate yourself to really courageous choices, including 10 or 15 years ago deciding we were going to have one point-of-sale system that was going to be really important, and getting that through the U.S. system as fast as we could. When e-commerce comes around, you can then vertically integrate your e-commerce capability, both in the U.S. and now abroad, and that just again creates a lot of momentum. And we can innovate faster and more efficiently, we believe, than the other guys.”

He said consumers have recognized Domino’s speed and efficiency when it comes to digital ordering and are rewarding the pizza chain with their business. Domino’s also has benefited from a strong loyalty program.

“We have more than 15 million active loyalty members, which puts us in the top one or two loyalty programs in all of Q.S.R., more broadly,” he said. “And again, (this is) just one more thing that we think we’re doing that’s helping to drive share gain over a longer period of time.”

Mr. Starrs said the company is in the early stages of a focused turnaround strategy that is expected to be “a long, slow build.”

“We’re extremely pleased with the progress that we’ve made in the business over the last year,” Mr. Starrs said. “I think a couple of data points to provide. I think, No. 1, we have over 2,200 restaurants that have changed hands in the last 18 months, so a lot of new franchisees are extremely excited about the brand. The mindset that, that brings, which is new capital coming in, new bases, things like that have our team really energized. And No. 2, we’re in the high 50% on digital, 55% to 58% digital mix right now, which we’re extremely excited about. And then our delivery metrics have got meaningfully better.” 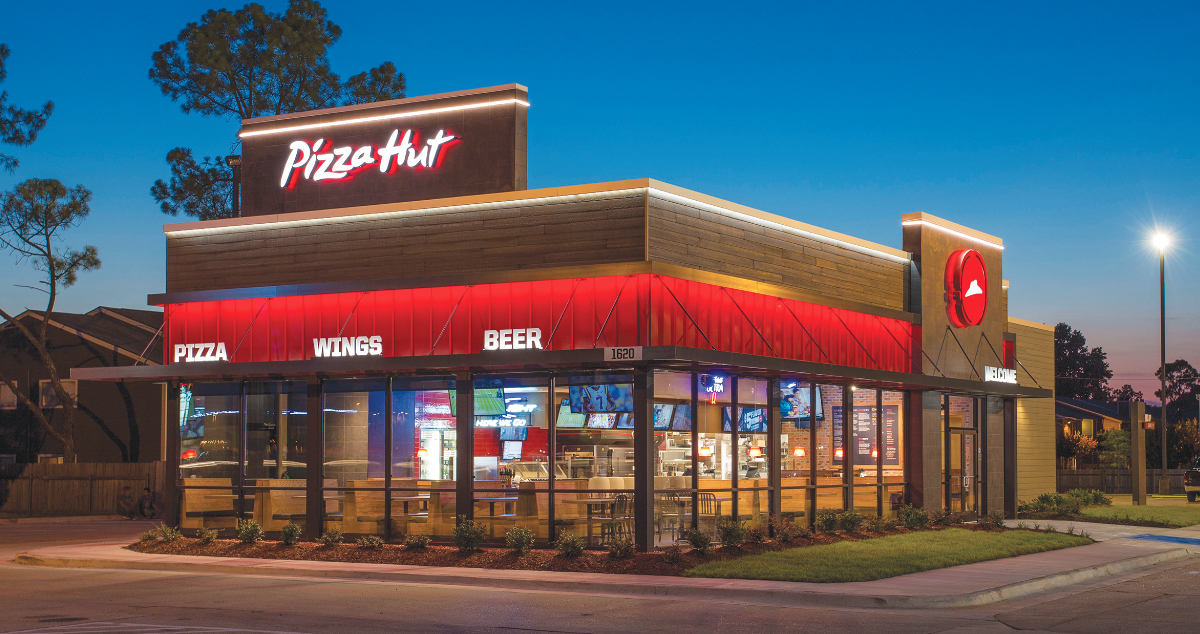 Whereas Mr. Lawrence of Domino’s was open about the successes of the pizza chain’s digital and mobile applications, Mr. Starrs was more guarded in specifics, saying only that Pizza Hut’s loyalty program “is having an impact on the business that we’re very happy with,” is “profitable for our franchisees,” and that the technology “is working very seamlessly.”

Pizza Hut hopes to get a boost from its new sponsorship deal with the National Football League (N.F.L.), which parted ways with the No. 4 pizza chain, Papa John’s International, earlier this year. Pizza Hut has been a sponsor of the National Collegiate Athletic Association (NCAA), and by adding the N.F.L. to the mix the company aims to be “fortressing Thursday to Monday in the fall,” Mr. Starrs said.

“We think associating the traditions of eating Pizza Hut and the traditions of watching football as a family and the at-home shareable occasion, just part and parcel,” he said. “And we’re the ideal partner for the N.F.L. They’re extremely excited about what we’re doing. I’ve seen a lot of great ideas from our agency, partners in terms of how we’re going to activate it.”

“I think we were actually a leader in digital at one point,” he said. “We were the first retail company to execute an online order in 1994. We recognize that we did fall behind in that area, but I’m extremely proud of the progress that we’ve made. As I said, our metrics are extremely strong, but we expect to be really leading that area in a couple of years.”

Papa John’s may have stepped away from its partnership with the N.F.L., but the Louisville-based company is full speed ahead on its five strategic priorities for 2018. Steve M. Ritchie, who was promoted to chief executive officer of the company on Jan. 1, told analysts during a May 8 conference call that Papa John’s is continuing to refine its comprehensive approach to improving the business. 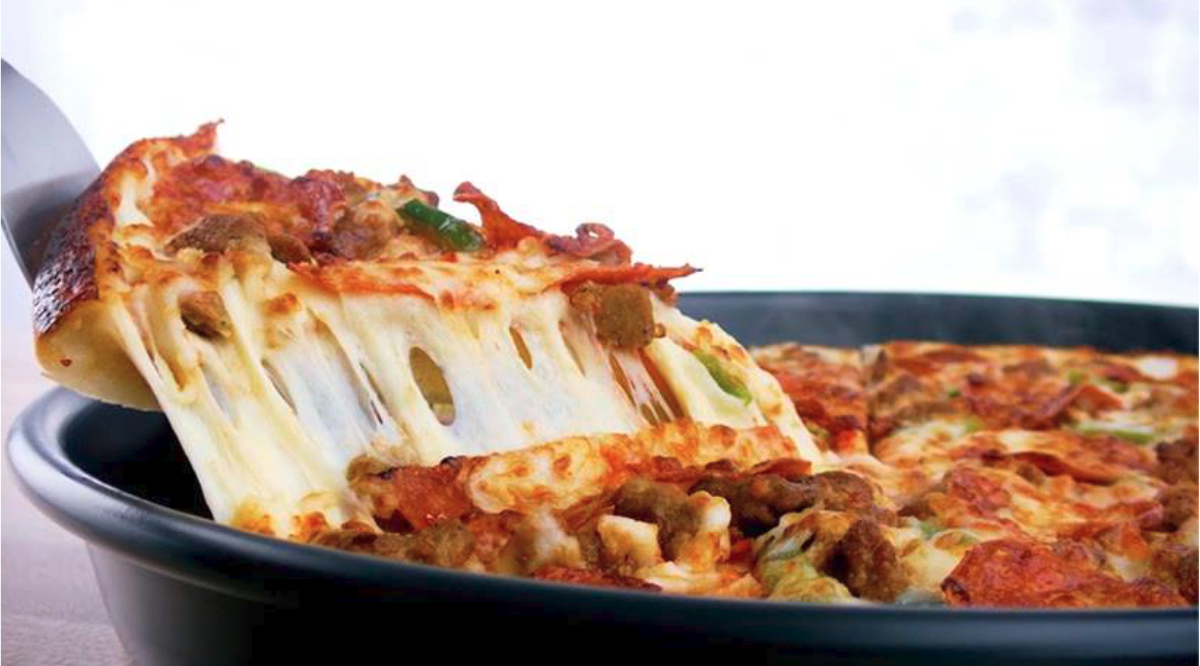 Chris O’Cull, an analyst with Stifel Nicolaus, lowered his price target on Papa John’s shares to $50 from $57 in a mid-June report, noting, “We believe the problem primarily relates to a negative consumer brand perception that is tied to the founder/spokesperson John Schnatter and his past comments about social issues affecting his profits. Management is employing various measures, but we believe fruits could take some time to manifest.”

Meanwhile, the success of Domino’s has not gone unnoticed at Papa John’s, but Mr. Ritchie stressed that the company must “focus on our brand and what we are doing.”

“Obviously, if you look at the overall industry, smaller and regional players have been continuing to be share donors to the overall national players,” he said. “We see that, that likely is going to continue. But in terms of our strategy, looking at ourselves in the mirror, knowing what our challenges are, I think we have clearly outlined that in our five strategic priorities to address and provide solutions to those problems.”

“Today, seamless, personalized online delivery services are the best way for pizza restaurants of all sizes to satisfy this expectation,” Mr. Minton said. “Depending on available resources, pizza restaurants can either develop their own online ordering system or partner with third-partner delivery service apps. Domino’s strategic investments in online ordering and delivery tech have 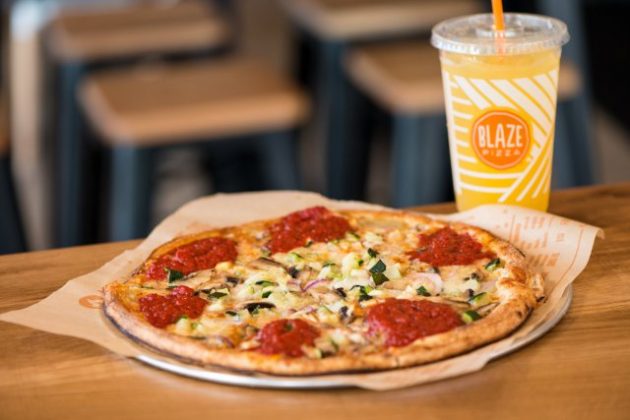 catapulted the chain to the top of the sector, but independent pizzerias may soon pose a challenge when they determine how to leverage ordering and delivery innovations that best integrate with their unique situations.”

“Within the next year or so, we expect the pizza industry will continue adapting to consumers’ shifting behavior while also experimenting with new menu offerings such as wings and alcohol, developing online ordering platforms that also act as loyalty programs to better understand their customers’ behavior, and reevaluating the return on investment of their physical restaurants’ footprint for future prototypes,” he said. “The swift success of chains like Blaze Pizza also underlines the advantages of limited service concepts, and the pizza industry would likely benefit from paying attention to consumers’ heightened demand for convenience.”