We use cookies to provide you with a better experience. By continuing to browse the site you are agreeing to our use of cookies in accordance with our Cookie Policy.
Home » Mondelez teams with Barry Callebaut to launch new snack brand

Launched by SnackFutures, Mondelez’s innovation and venture hub, CaPao snacks are made using the juice from cacaofruit pulp with the addition of nuts, seeds, spices and herbs. The brand’s product portfolio includes smoothie balls and fruit jerky strips that are vegan, gluten-free and non-G.M.O. The cacaofruit smoothie balls come in three varieties: golden berries, apricot and chia seeds; apricot, golden berries and plant protein; and mango, coconut and cashew. The cacaofruit jerky strips are also available in three varieties: original; mango, coconut and seeds; and guava, nuts and seeds.

“Cacaofruit is one of the most delicious, nutritious superfoods on the planet … but most of it is going to waste … millions of tons every year,” said Emanuel Gävert, co-founder of CaPao and inventor for SnackFutures. “That’s wasted nutrition, wasted deliciousness and wasted opportunity for cacao farmers to thrive and prosper. We can change that. We want to make snacks that are good for people and kind for the planet. When we learned how much of the cacaofruit was being wasted, we had to rescue it. So we started to imagine how the whole fruit might be used.”

The launch of CaPao is part of Barry Callebaut’s debut of “Cacaofruit Experience,” a new range of products that celebrates the cacaofruit and “marks the creation of a next-gen food and drink category,” according to the company. 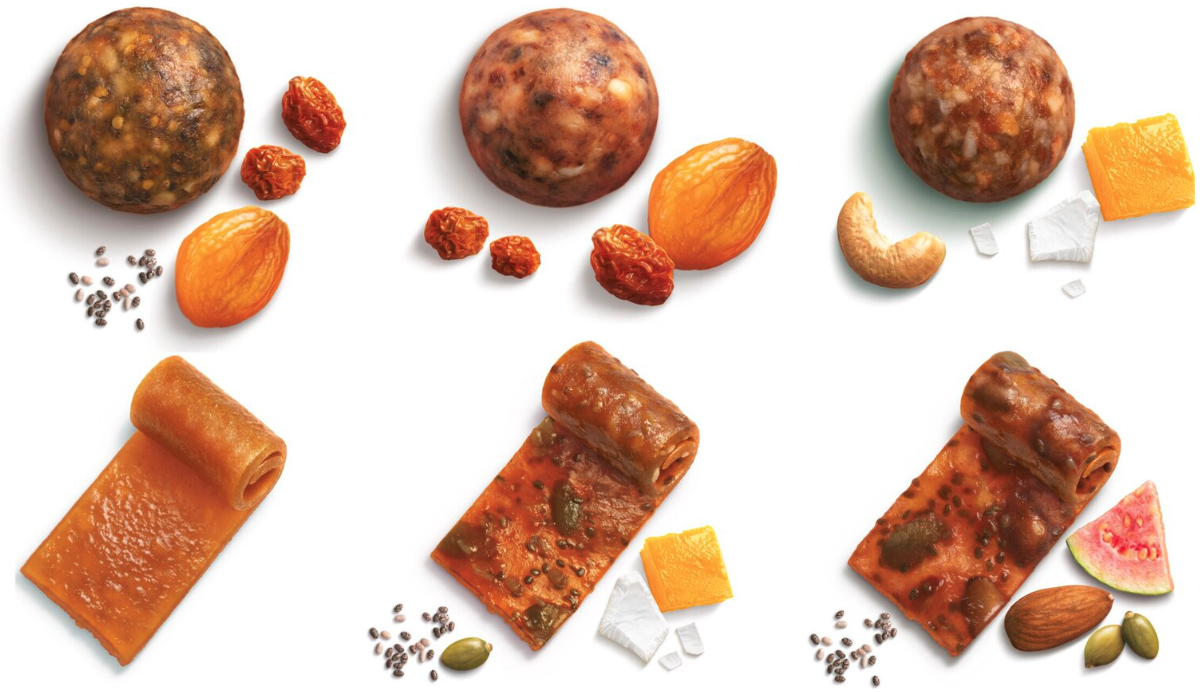 “Whereas normally 70% of the fruit is discarded as waste, ‘Cacaofruit Experience’ literally unleashes the full power of the cacaofruit as these products make use of the entire fruit: its beans, its nutrient-dense peel and its fresh and fruity pulp and juice,” Barry Callebaut said. “This results in a range of high-quality ingredients that can be used in applications such as juices, smoothies, frozen desserts, bakery and pastry products, and snacks all the way to chocolate.”

As part of the launch, Barry Callebaut introduced WholeFruit chocolate, a new type of chocolate made from 100% pure cacaofruit. Developed for chefs and artisans, the chocolate will be available in Bold and Velvety varieties in May 2020.

“Our goal in R.&D. is to develop innovations that are on trend, satisfy unmet consumer needs and also taste great,” said Pablo Perversi, chief innovation, sustainability and quality officer for Barry Callebaut. “WholeFruit chocolate scores on all three points. It will respond to the need of millennials and centennials for ‘healthy indulgence’ just like our Ruby chocolate, launched in 2017, meets the need for ‘hedonistic indulgence.’ Moreover, by using more of the cacaofruit and wasting less, we are also having a positive impact on the planet and its people.”