We use cookies to provide you with a better experience. By continuing to browse the site you are agreeing to our use of cookies in accordance with our Cookie Policy.
Skip To Content
Home » Mayo Clinic researchers link dairy consumption to cancer risk

CHICAGO — High consumption of dairy products may be linked to an increased risk of prostate cancer, according to a recent study published in The Journal of the American Osteopathic Association.

The study found no clear association of increased risk of cancer linked to other animal-based foods, though it did identify a decreased risk associated with plant-based diets.

“Our review highlighted a cause for concern with high consumption of dairy products,” said John Shin, Ph.D., an oncologist at the Mayo Clinic and lead author of the study. “The findings also support a growing body of evidence on the potential benefits of plant-based diets.”

The research reviewed 47 studies published over the last dozen years, totaling more than 1 million participants. While patterns of association between prostate cancer risk and dairy consumption emerged, more investigation is needed to understand the nature and strength of the association, Dr. Shin said. 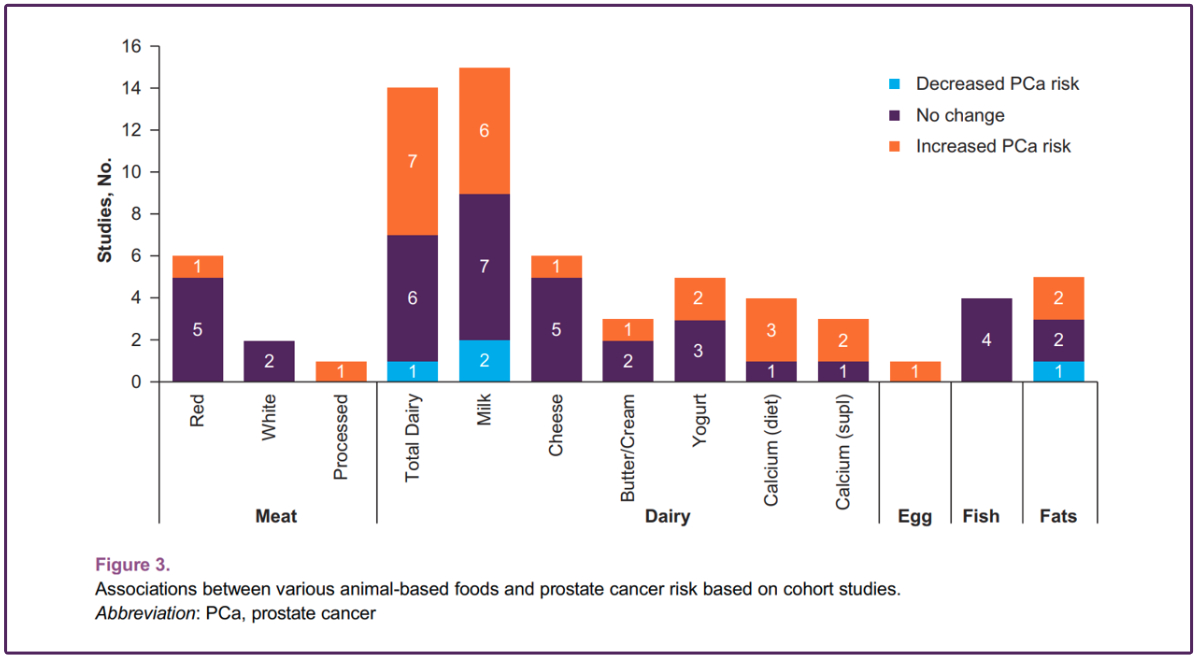 Dairy Plant-based Health and Wellness
Subscribe to Our Newsletters