We use cookies to provide you with a better experience. By continuing to browse the site you are agreeing to our use of cookies in accordance with our Cookie Policy.
Home » Trending flavors featured in Mars Wrigley Confectionery launches

CHICAGO — The latest flavor trends and consumer preferences guide product development at Mars Wrigley Confectionery, a division of Mars, Inc., which unveiled a spate of innovation at the Sweets & Snacks Expo, held May 22-24 in Chicago.

“The white chocolate segment is continuing to grow, 7% over the last three years, which is significantly higher than the overall category’s growth,” Mr. Quinn told Food Business News. "Some of the items we have are leading that trend."

Twix White Chocolate Cookie Bars, previously a limited offering, has now gained a permanent position in the portfolio, he said.

“Sweet and salty is certainly on trend right now,” he said. “It’s the No. 1 snacks flavor combination.”

Another recent addition to the M&M’s lineup is M&M’s Snack Mix, featuring a sweet and salty combination of the brand's milk chocolate candies, crunchy pretzel bites and peanuts or almonds.

“Everyone seems to have a snack mix these days, and more than 90% of them include M&M’s chocolate candies in those snack mixes, so we decided, why don’t we just do it on our own?” Mr. Quinn said. “Millennials are snacking more frequently, so this is a good time for an entry into that category.” 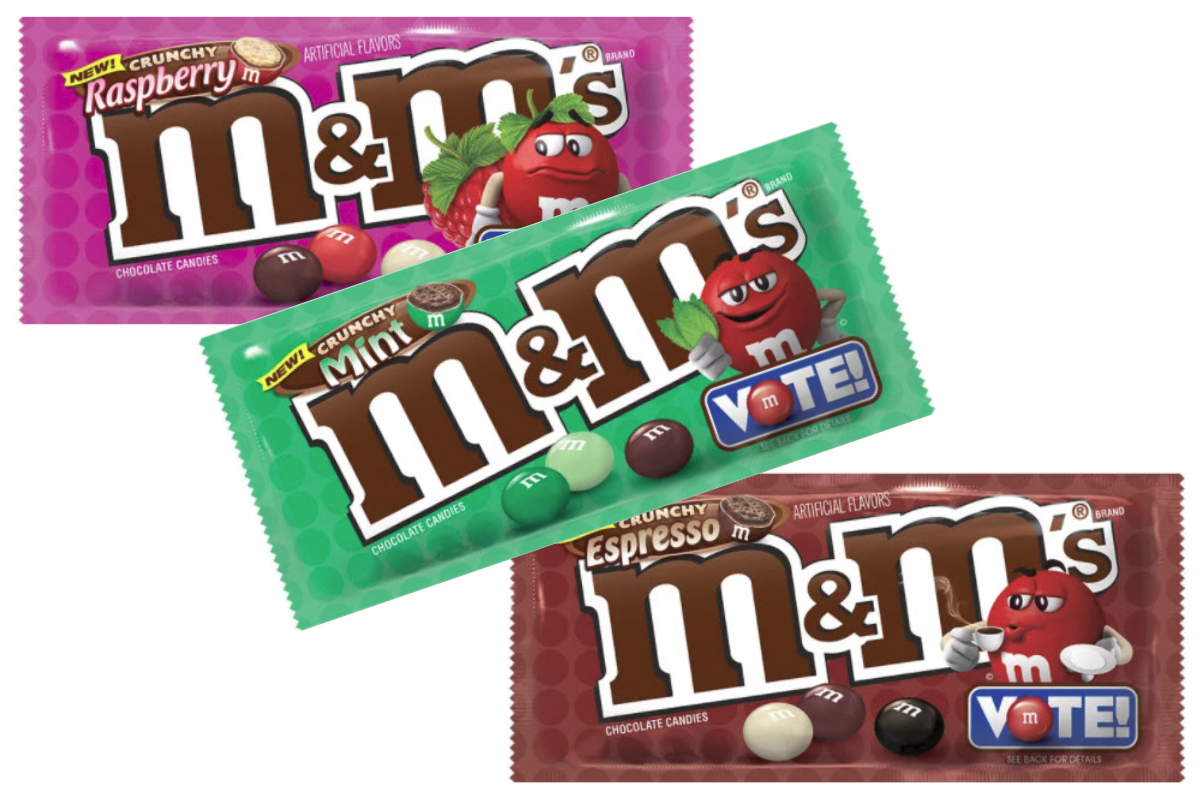 M&M’s Flavor Vote campaign in its third year continues to gain momentum, featuring three limited-edition varieties that may be selected for a long-term spot on shelves. The latest round includes crunchy espresso, crunchy mint and crunchy raspberry, each with a rice crisp center. A winner will be announced in August.

Mr. Quinn said next year’s M&M’s Flavor Vote program will include “flavors from around the world.” He declined to reveal the specific flavors that will be featured, but he said, “they all taste great.”

“We’re actually going to get behind this even more than we have for the last couple Flavor Votes,” he added.