We use cookies to provide you with a better experience. By continuing to browse the site you are agreeing to our use of cookies in accordance with our Cookie Policy.
Home » Nine trends at Natural Products Expo East

BALTIMORE — Consumers increasingly are pursuing a holistic path to wellness, fueling demand for food and beverage products that promote sleep, hydration and mental clarity. Fat-free diets may be a thing of the past, and plant-based eating is here to stay.

These are among the factors driving product development in the natural and organic marketplace, with ample examples on display at Natural Products Expo East, held Sept. 13-15 in Baltimore.

Food Business News spoke with Jenna Blumenfeld, senior food editor at New Hope Network, which produces the Natural Products Expos, and discussed some surprising impacts of consumers' changing tastes. For example, she said, burger joints across the country are flipping plant-based patties that look and cook like beef.

"White Castle is now carrying the Impossible Burger," she said. "I don't think anyone would have considered that possibility just five years ago."

Another shift may be seen in the freezer section of the supermarket, where recent product introductions have helped defrost consumer perceptions of the category, she noted.

Much of this innovation has been brought to the market by entrepreneurs hungry for change in the food system.

"I think the passion of entrepreneurs really shines through at Expo," Ms. Blumenfeld said. "One of my favorite activities is to talk to the people behind the booths who started the company. This industry is pure passion."

Read on for nine trends to watch at Expo East. 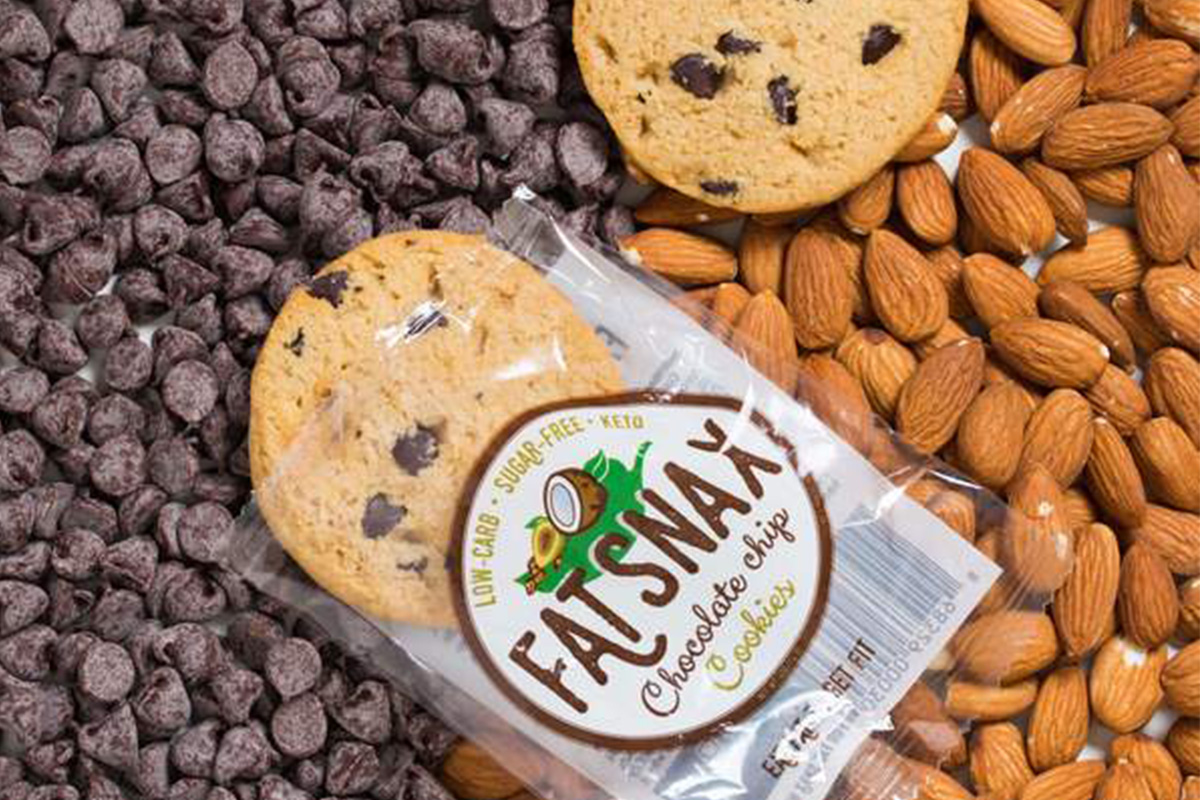 Long gone are the days of dunking fat-free cookies in skim milk. Today's consumers are slopping butter in their coffee and slathering avocado on their toast. The trendy ketogenic diet has helped push fat to the forefront, Ms. Blumenfeld said.

"This trend is really driving innovation in new ingredients that have a lot of fat in them," she said. "One example is the pili nut, which is a really tasty, fatty nut grown in Southeast Asia."

At Expo East, Lavva is exhibiting its namesake, plant-based yogurt, which features pili nuts along with plantains, coconuts and cassava.

"Even in yogurts that are not plant-based, you’re still seeing whole fat and whole dairy products," Ms. Blumenfeld noted.

Fat Snax features a range of low-carb cookies made with almond and coconut flours and sweetened with stevia and erythritol. 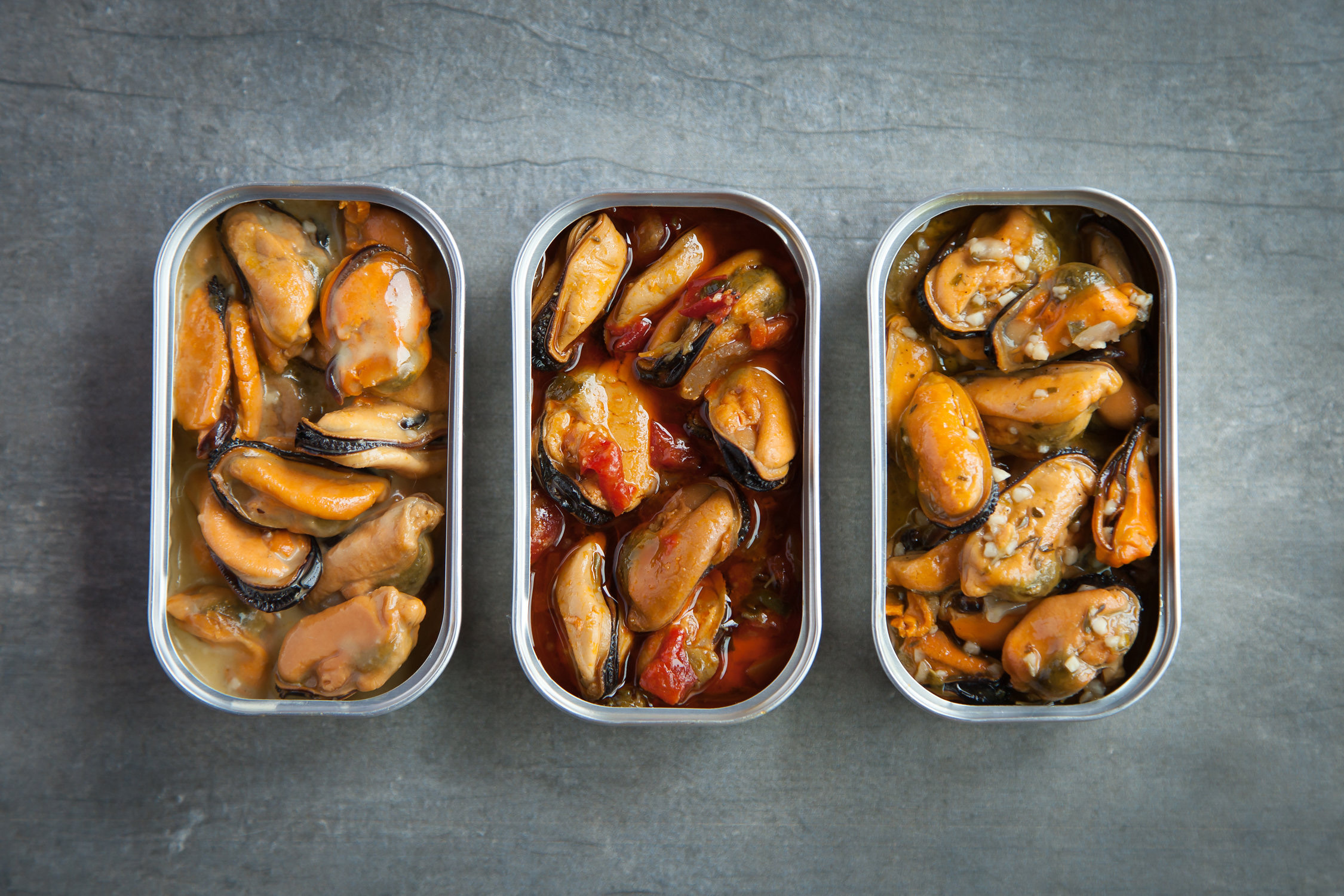 Seafood has had its share of sustainability challenges. Emerging brands are helping consumers navigate the choppy waters with products that feature fully traceable fish. Fishpeople, for example, is recasting traditional packaged seafood with a radically transparent twist — the company's meal kits, soups and chowders may be traced all the way back to the fishermen who harvested the fish.

Another brand, Good Catch, hopes to hook sustainably-minded seafood lovers with its line of fish-free tuna and crab-free cakes made from a blend of beans. 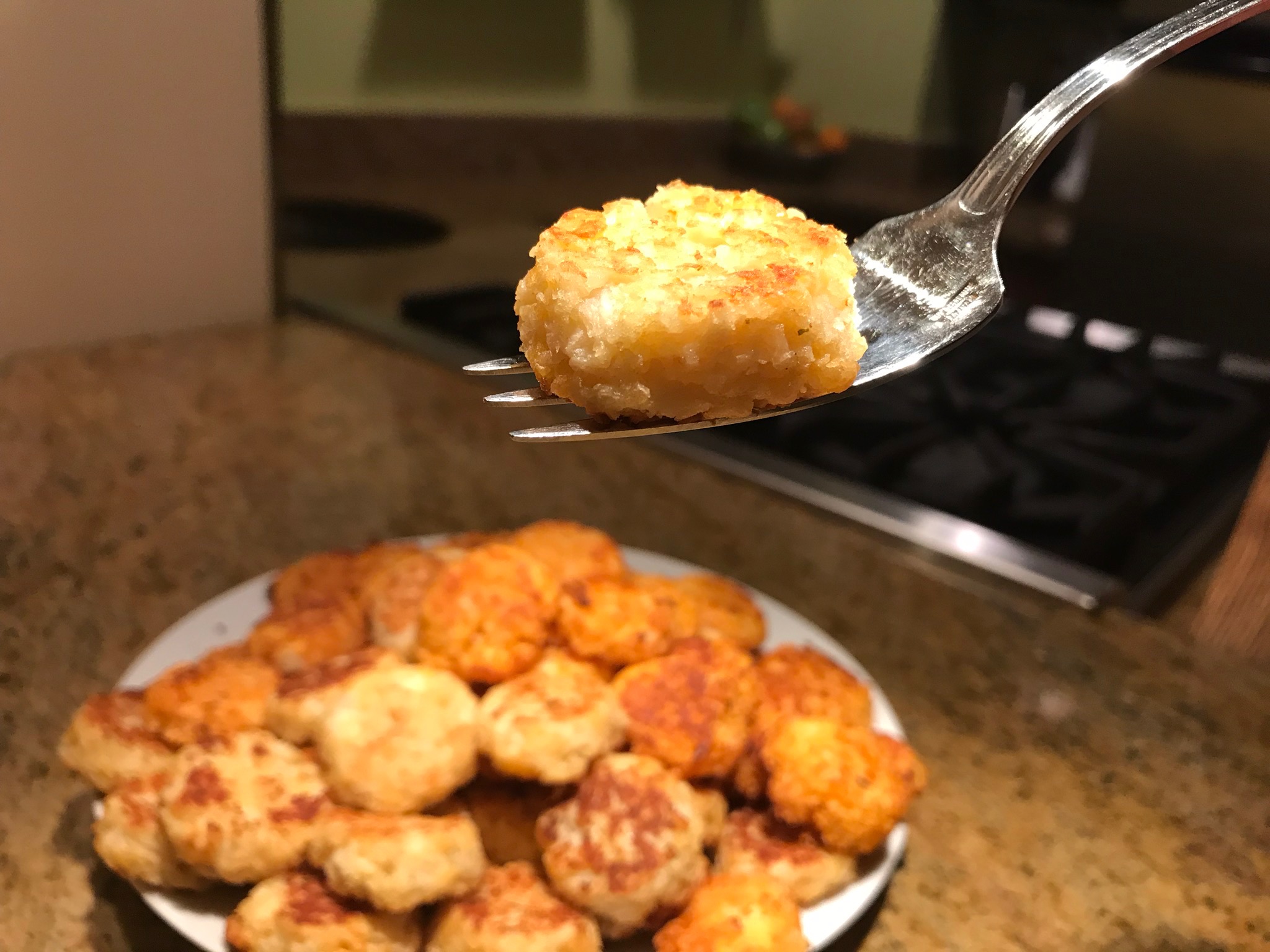 A frozen foods revival is underway as product developers dish out freezer fare with nutritious and flavorful ingredients. Such convenient offerings appeal to time-starved consumers and dash perceptions of the bland, mushy or less nutritious options shoppers may still expect to find.

Millennials, in particular, are warming up to frozen foods, said Ms. Blumenfeld.

An example at Expo East is Nolita Cauli-Bites, which Ms. Blumenfeld described as similar to "your old-school tater tot," sans potato, featuring cauliflower, egg whites, cheese, almond flour and seasoning. From Swapples, a range of frozen grain-free waffles containing yuca root, coconut oil and spices. Flavors include blueberry, cinnamon, tomato pizza, garlicky greens and "everything," in the style of an everything bagel.

"Plant-based eating is no longer for dedicated vegans," Ms. Blumenfeld said. "More consumers are choosing to eat plant-based some of the time, if not all of the time."

Rising to the challenge is Rise Brewing Co., launching a dairy-free Nitro Cold Brew Coffee Oat Milk Latte, which the company described as "creamy, slightly sweet and refreshingly smooth." From mushroom processor Giorgio Foods Co., Savory Wild Portabella Jerky contains more than a half-pound of mushrooms in each bag and features such flavors as roasted garlic and black pepper, sweet balsamic and golden fig, and sesame ginger and Korean chili.

New from Elmhurst 1925 is a line of Peanut Protein Shakes, featuring 20 grams of plant-based protein and five or six ingredients. The company also is introducing a new Barista Edition line of plant-based milk alternatives that are suitable for steaming or stirring into coffee. Elmhurst has roots in the dairy business but recently pivoted into plant-based nut and grain "milks." 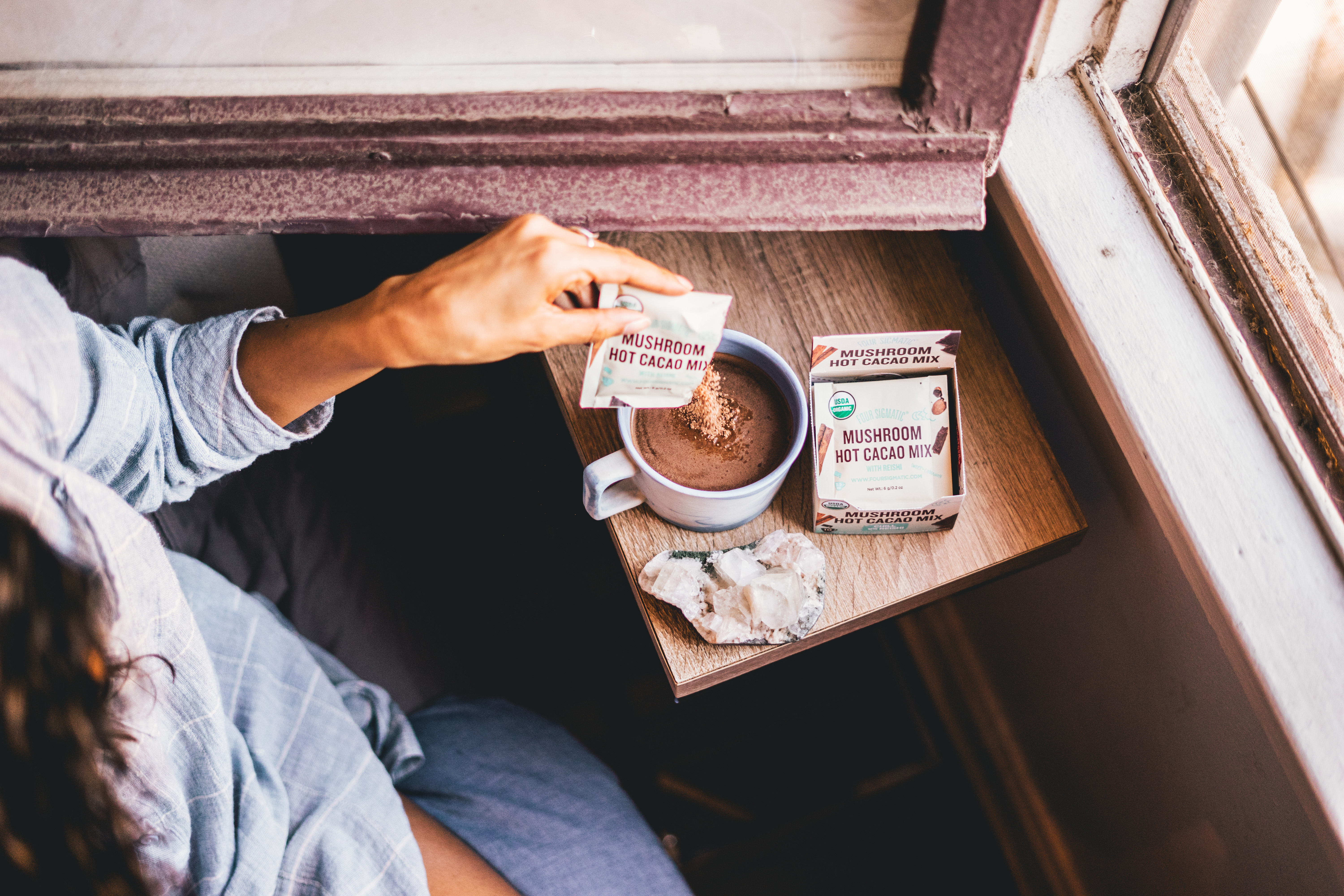 Functional mushrooms such as cordyceps, reishi and lion's mane are popping up in new, easy-to-consume formats, Ms. Blumenfeld said.

"They’ve been around in the natural industry in supplement form for a while… but they’re starting to be incorporated more into foods or beverages or take-along convenient packets that you can add to hot or cold water."

Performance Tea offers a variety of instant tea featuring cordyceps and reishi mushrooms to support mental clarity and concentration, according to the company. From Four Sigmatic, a new Golden Latte Mushroom Mix has powdered coconut milk, turmeric and shiitake mushrooms, which Ms. Blumenfeld described as a" delicious warming beverage."

"Reishi actually tastes pretty good with chocolate, so you’re seeing innovation from a flavor standpoint with mushrooms to make them more accessible to people who maybe would never take a mushroom supplement or add it to their smoothies," she said. 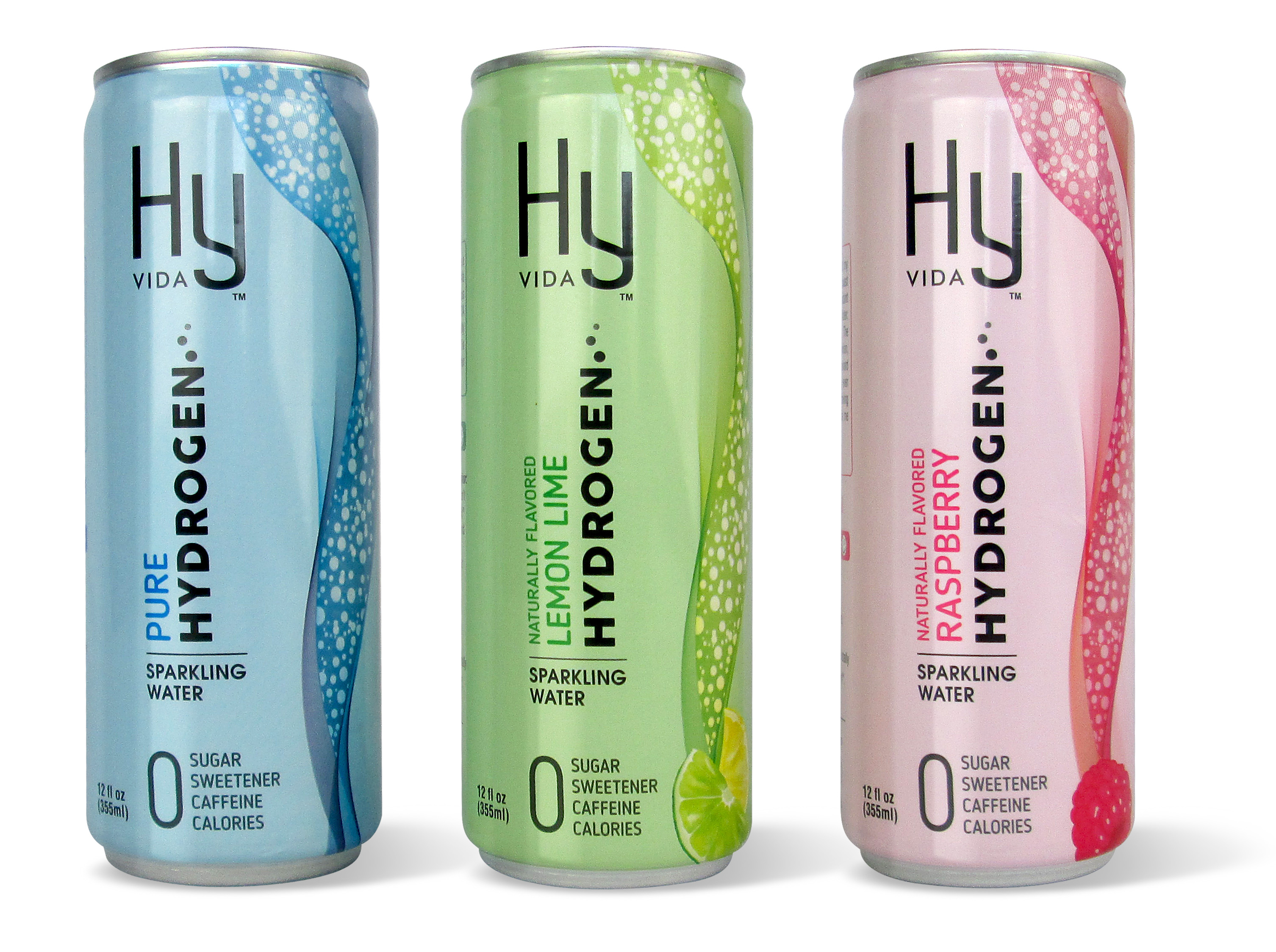 Hydration innovation is flooding the natural products marketplace, spanning beyond beverages into health and beauty categories. Several brands have set out to elevate the classic sports drink by lowering the sugar and eliminating artificial colors and flavors. From Recov Beverages, Thirty is a line of flavored rehydration beverages with electrolytes and 30 calories per bottle.

Another brand aiming to optimize H2O is HyVida, which offers a range of sparkling hydrogen-infused waters. Hydrogen helps boost cell recovery, circulation and skin elasticity, according to the company.

Loco Coffee Co. puts a hydrating spin on cold-brew coffee with the addition of coconut water. Each 12-oz can contains as much potassium as a banana, the company said.

"You’re also seeing hydration in natural products like a portable powder, similar to the mushrooms, but these are infused with added electrolytes," Ms. Blumenfeld said. "Kind of cleaned-up versions of sports drinks."

"Companies are looking for opportunities to take ingredients out of landfills, and they’re looking at their downstream, the byproducts of their production, and seeing what they can do with that in a creative way," Ms. Blumenfeld said.

An example is Brew Dr. Kombucha, which recently began capturing the excess alcohol from fermented tea production and packaging it as botanical spirits under the Townshend's Distillery brand.

Origin Almond, a maker of cold-pressed almond juice, converts the byproduct from its beverage manufacturing into plant-based skincare products under a sister brand, Clean as Kale.

Energy drinks are no match for a night of proper shuteye, Ms. Blumenfeld said, and "consumers are finally understanding in order to power up, you have to first power down."

"They’re different from the traditional supplements that have been around forever that have just a ton of melatonin in them," Ms. Blumenfeld said of the new products. "I feel like it’s a more holistic way of promoting calm, versus just knocking you out." 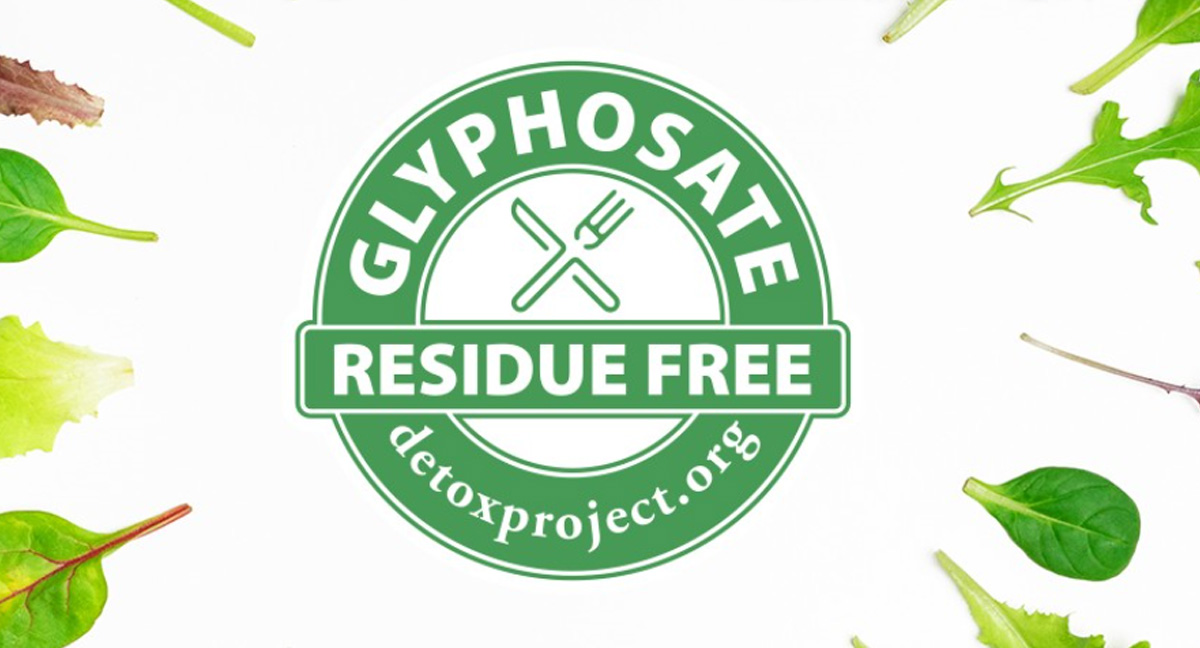 "Consumers are going to come asking when these types of studies come out, and you’d better be ready to tell them, ‘Look, we have verified our products. This is what’s in them. More importantly, this is what’s not in them,’" she said.

Organic is no longer the gold standard in packaged foods and beverages, according to The Detox Project, which last year launched the Glyphosate Residue Free certification seal. The active ingredient in Monsanto’s Roundup herbicide, glyphosate was declared a potential human carcinogen by the World Health Organization, and a growing number of brands are adopting the designation. Expo East exhibitor MegaFood carries the Glyphosate Residue Free certification and claims to have tested products for more than 125 pesticides and herbicides.