We use cookies to provide you with a better experience. By continuing to browse the site you are agreeing to our use of cookies in accordance with our Cookie Policy.
Home » ReGrained closes on $2.5 million financing round led by Griffith Foods

ReGrained closes on $2.5 million financing round led by Griffith Foods

SAN FRANCISCO — ReGrained, which markets spent brewers' grains as a baking ingredient, on Sept. 25 announced it has closed a $2.5 million Series Seed financing led by Griffith Foods with additional participation from Barilla Group’s BLU1877 and Telluric Foods. The funds are expected to be used to help ReGrained scale its proprietary processing technology and commercialize its ingredient business.

“We started making beer every week, and we realized every time we made a batch of beer, it also felt like we were making a batch of food and then throwing it out,” Mr. Kurzrock recalled in an interview with Food Business News earlier this year. “You’re taking grain and much like oatmeal you’re adding hot water to it and letting that soak, and then you’re draining that liquid out.”

The remaining grain often was tossed in a dumpster, until Mr. Kurzrock discovered a bread recipe featuring the byproduct.

“It wasn’t the best bread in the world, but it was good, and it was fresh,” he said. “We started selling the loaves of bread to friends in order to fund the beermaking.” 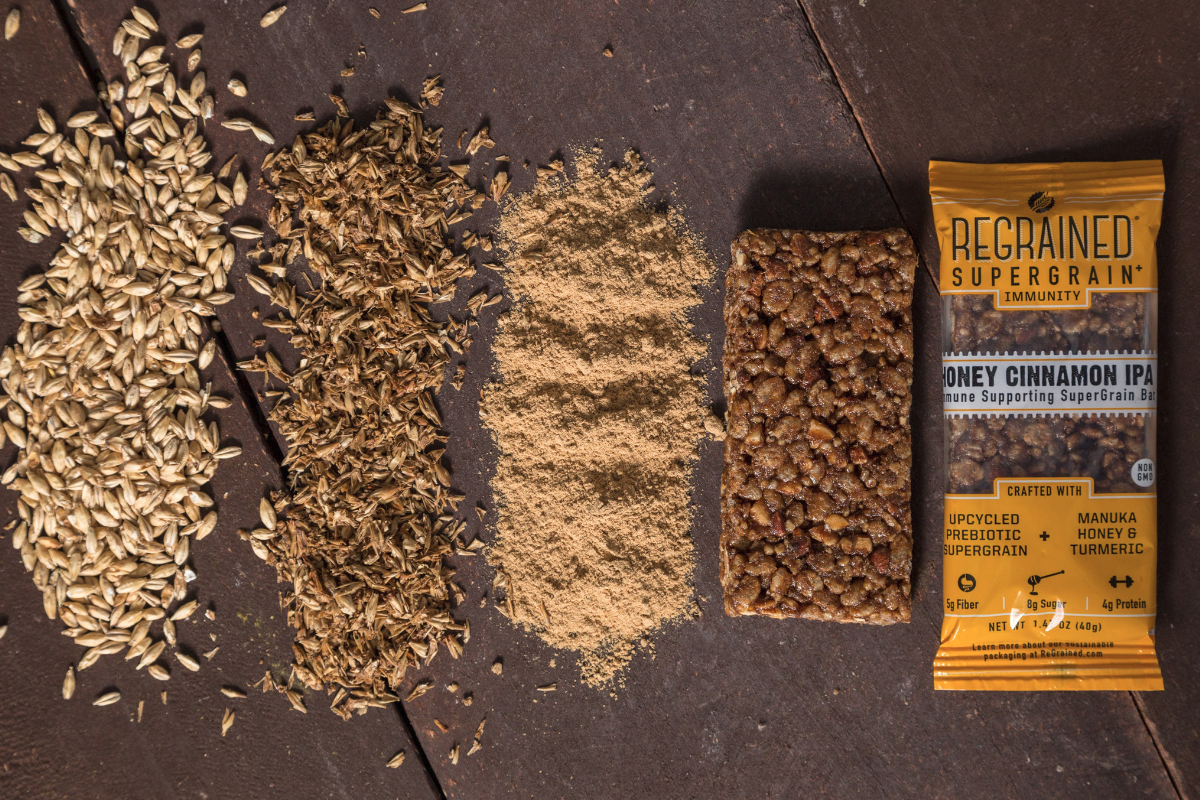 This inspired Mr. Kurzrock to develop a new business model, a combined brewery and bakery. He persuaded Mr. Schwartz to join him in the venture.

Now, ReGrained upcycles millions of tons of high-protein, high-fiber grain generated by the brewing industry into a product called SuperGrain. ReGrained describes SuperGrain as a “versatile ingredient that performs flawlessly in all commercial applications from savory to sweet, producing delicious, nutritious and highly functional foods.”

The company’s products include a line of snack bars.

Mr. Kurzrock said lead financer Griffith Foods shares many of ReGrained’s values. Alsip, Ill.-based Griffith Foods is a family-owned global developer and manufacturer of customized food ingredients. The company provides a range of seasonings, sauces, breadings and food safety solutions. The company has a presence in more than 30 countries and 6 continents.

“The strategic partnership between Griffith Foods and ReGrained offers an opportunity to work together and find new ways to nourish the world,” said Brian Griffith, executive chairman of Griffith Foods. “The world’s population is estimated to reach almost 10 billion by 2050. It is imperative for food companies to create innovative solutions that safely and sustainably feed our growing communities.”