We use cookies to provide you with a better experience. By continuing to browse the site you are agreeing to our use of cookies in accordance with our Cookie Policy.
Home » Bread and milk receive mixed reviews in digestive health survey

“Contradictory consumer beliefs about which foods are good or bad for digestive health indicate how strongly attitudes about food and health are fragmented,” said Joana Maricato, research manager at New Nutrition Business. “Most people are adopting a wide variety of behaviors in relation to diet and health.” 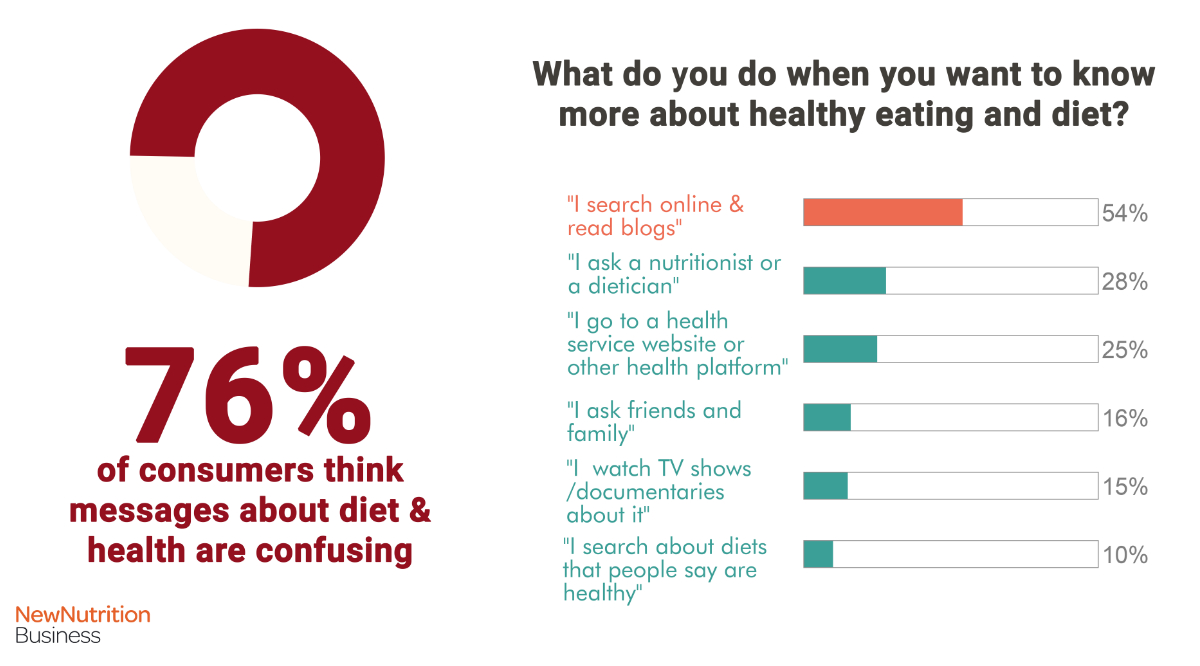 She gave mistrust in official dietary guidelines as a reason for the variety of behaviors. In the survey 76% said they thought messages about diet and health were confusing.

“Changes in dietary advice over the past 15 years have created consumer skepticism about the expert opinions of dietitians and nutrition researchers, just at the moment that technology has made it easier for people to find dietary information for themselves,” Ms. Maricato said.

More than half of the survey respondents (54%) said they searched online and read blogs when they wanted to know more about healthy eating and diet.

Digestive Health Health and Wellness
Subscribe to Our Newsletters