We use cookies to provide you with a better experience. By continuing to browse the site you are agreeing to our use of cookies in accordance with our Cookie Policy.
Home » Getting to the root of the plant-based movement

Getting to the root of the plant-based movement

KANSAS CITY — Something is growing on consumers, and it’s cause for concern as well as innovation among today’s meat and poultry companies. The buzz about plant-based proteins has been building to a crescendo over the past few years and is impacting R.&D. and marketing efforts among all types of traditional processors.

Read through some of the trend projections and market research and it’s easy to see how plant-based has moved more to the center of the stage, if not quite to the center of the plate. Innova Market Insights lists “The Plant Kingdom” as the second-biggest trend for 2019. This has been dubbed “The Year of the Vegan” by The Economist. Research from the Nielsen Co. shows that plant-based product sales are rising by double digits across most categories.

While “plant-based” is a term that is rather ubiquitous right now, many industry experts note that it’s not about vegetarianism or veganism as much as it is a broadening of the diet to include plant proteins as another form of meat like, say, the less-frequently consumed species of lamb or veal. In other words, it’s less about a total swap and more of a rotation.

“Consumers are looking more at meat alternatives, but it doesn’t mean meat replacements,” said Phil Lempert, a retail food trends expert. “I do think we’ll see beef and poultry consumption decline a bit, as people are going to have a better-quality alternative, whether it’s the Impossible Burger, Beyond Meat or something else."

Another sign that this isn’t an all-in shift to plants, Mr. Lempert pointed to the popularity of blended products.

“The mushroom burger, for example, was brilliant, because it’s a 50-50 blend with meat,” he said. 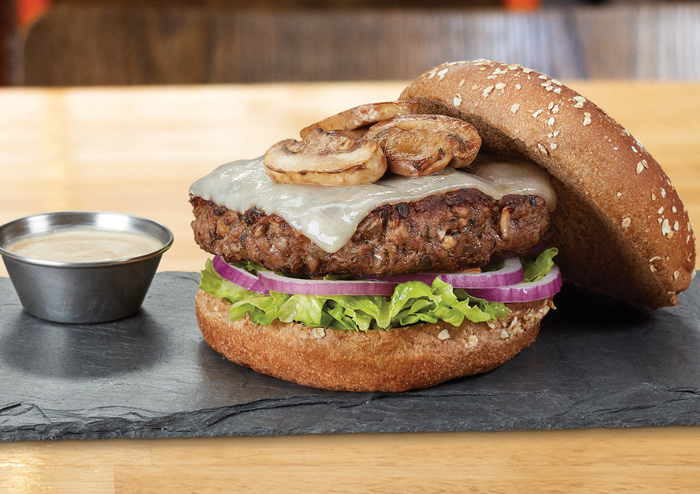 Research bears out that this is a matter of addition instead of a total subtraction. The Innova report on plant-based eating, for example, emphasized that “companies and brands are greening up their portfolios to attract mainstream consumers who want to add more plant-based options to their diets.” A report on plant-based eating from Datassential found that more than half (51%) of consumers are interested in meat blended with grains and vegetables.

The recently released annual report, the 2019 Power of Meat, presented by the Food Marketing Institute (F.M.I.) and Foundation for Meat and Poultry Education and Research of the North American Meat Institute and conducted by 210 Analytics, found that three quarters of meat eaters integrate plant-based meat alternatives into their dinner lineup.

“I do believe this will be another choice but will not replace traditional meat in the short term nor the long term,” said Rick Stein, vice-president of fresh foods for F.M.I.

The term “flexitarian” is a relevant one, Mr. Stein said.

“Flexitarians want to choose between pure protein and alternative proteins, and I think consumers in general will ‘dabble’ in alternative proteins as part of their overall protein choices," he said. "Younger consumers will adapt more easily to the alternatives, but until they can match texture and affordability, traditional beef, poultry and pork products will remain strong."

“Tyson, Cargill and other big protein companies are investing in some of the plant-based or cell-based meat companies," Mr. Stein said. "Tyson recently announced changes in its org chart, creating an executive vice president position in charge of alternative proteins." 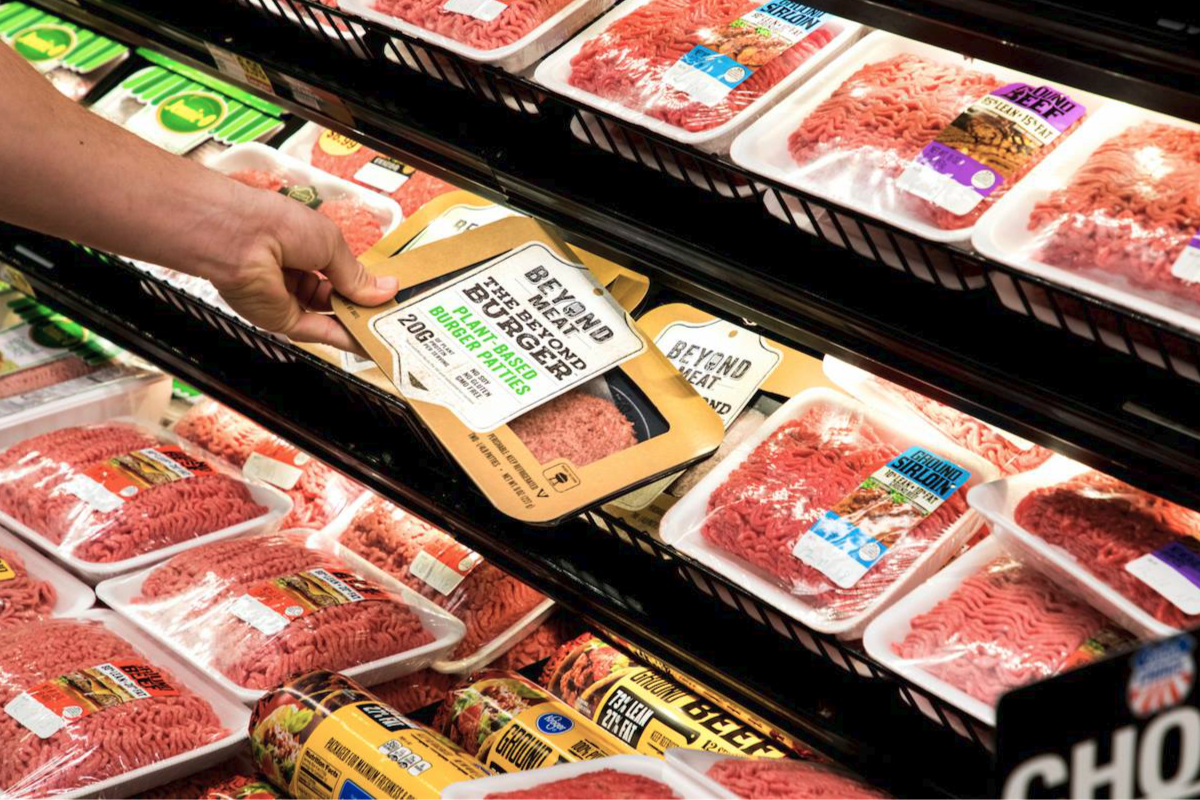 To Mr. Stein’s point, Tyson Foods put down some major seed money, so to speak, on rounding out its sizable portfolio by investing in alternative products such as Beyond Meat and Memphis Meats. It was such a significant move that Tyson put out a statement on its website last year from then-president and chief executive officer Tom Hayes, acknowledging that consumers want more protein in a global marketplace.

“How do we feed this growing number of people the protein they want in ways that are sustainable? Mr. Hayes said. "We believe it will take a combination of innovative and traditional approaches."

Tyson’s investment in Beyond Meat reflects that brand’s cache and potential. Additional investors and supporters include high-profile names like Bill Gates and Twitter founder Biz Stone.

Other major companies that have made a name in meat are also dipping into plant-based proteins as a way to widen their umbrella. Last fall, Maple Leaf Foods announced the launch of Greenleaf Foods, a subsidiary focused on plant-based foods. Greenleaf Foods’ brands include Lightlife Foods and the Field Roast Grain Meat Co.

Meanwhile, quick-service restaurants that staked their business on burgers and other meat menu items are likewise making room for plant-based alternatives while not eliminating or downscaling some meat offerings. The Impossible Burger, which started in high-end restaurants in urban areas, has since expanded into other restaurants around the country. Fast-food chain White Castle is now offering “Impossible Sliders” to customers who are looking for a plant-based burger alternative.

The diversity of plant-based foods helps meat and poultry processors who are getting into the plant-based protein market, because there’s not just one or two things they can add to their lineup. 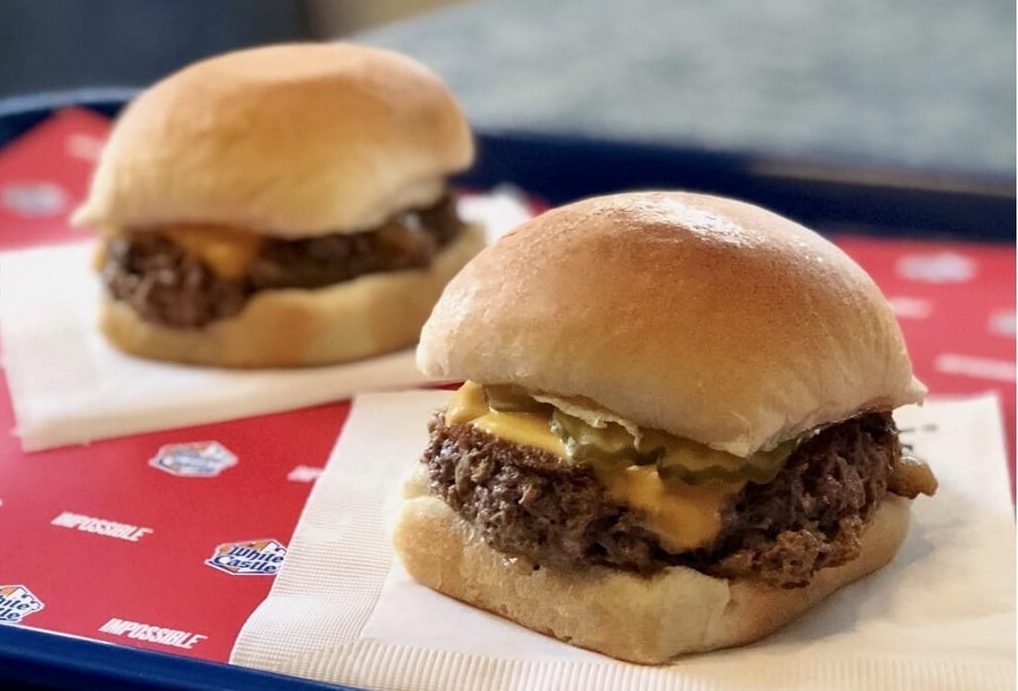 “There are a lot of cool products out there – everything from snacks to meat replacements. I just got in the office some great plant-based jerky,” Mr. Lempert said, adding that interest in plant-based cuts across demographics and innovation comes from any type of meat or poultry operation. “Smart midsize and smaller processors are also looking at adding some proteins that are plant-based, whether they make it themselves or have someone make it under their label.”

Mr. Lempert underscored the importance of taste with plant-based alternatives, especially those that come from established meat and poultry brands.

“Many of these products have gotten so much better than they were just five years ago that people are willing to try it once a week,” he said.

Although it may be a different yet satisfying eating experience, plant-based is currently the more appealing meat and poultry alternative.

“Notably, our Power of Meat analysis suggests that consumers are willing to adapt to plant-based more so than cell-based proteins,” Mr. Stein said. “Big companies have identified a need to better understand the alternative market and be prepared as consumers shift their preferences.”