“Healthier options are showing up,” Mr. Beard told Food Business News. “You’re seeing a lot more transparency around ingredients, nicer packaging and higher quality alternatives for people who are looking for that.”

Ready-to-drink oat milk lattes and grab-and-go charcuterie were among trending products at the 2019 NACS Show, presented by the National Association of Convenience Stores. Packaged snacks on display included crunchy beans and lentils, puffs made with cauliflower, and mushroom jerky. Kombucha and wellness shots also were featured by several brands.

At this year’s event, held Oct. 2-4 in Atlanta, more than 1,200 exhibitors presented the latest innovations for the convenience and fuel retailing industry, including packaged foods and beverages and food service offerings.

“Today’s convenience stores are blurring the lines between gas stations and restaurants,” Mr. Beard said. “Over the past 10 years, the largest jump in in-store sales contribution has been from food service.”

Tight fuel margins and declining tobacco sales have prompted retailers to make over their menus. Food service accounts for nearly 23% of in-store sales at convenience stores, up 3% in the past five years, and 56% of consumers said they purchase meals at least monthly at gas stations or convenience stores, according to GasBuddy research.

“All of these top retailers are not drawing people in with fuel and then trying to sell them on higher-margin products inside the store,” Mr. Beard said. “They are drawing them in with food, and they just happen to buy gas while they are there. It’s a complete identity shift from where the industry used to be.”

Convenience retailers are well-positioned to capture market share from quick-service restaurants. Ninety-three per cent of Americans live within 10 minutes of a fuel or convenience store, Mr. Beard said.

“When you look at convenience retailing, you have an industry that has 154,000 stores,” he said. “Basically on every best corner in every community across the United States, they have for decades secured the most convenient locations.”

Consumers are eating on the go more, too, he added. The majority of total food expenditures occur away from home, according to U.S. Department of Agriculture data.

“A lot of people work multiple jobs, may work nontraditional hours, or just quite simply don’t have time to prepare anything,” he said. 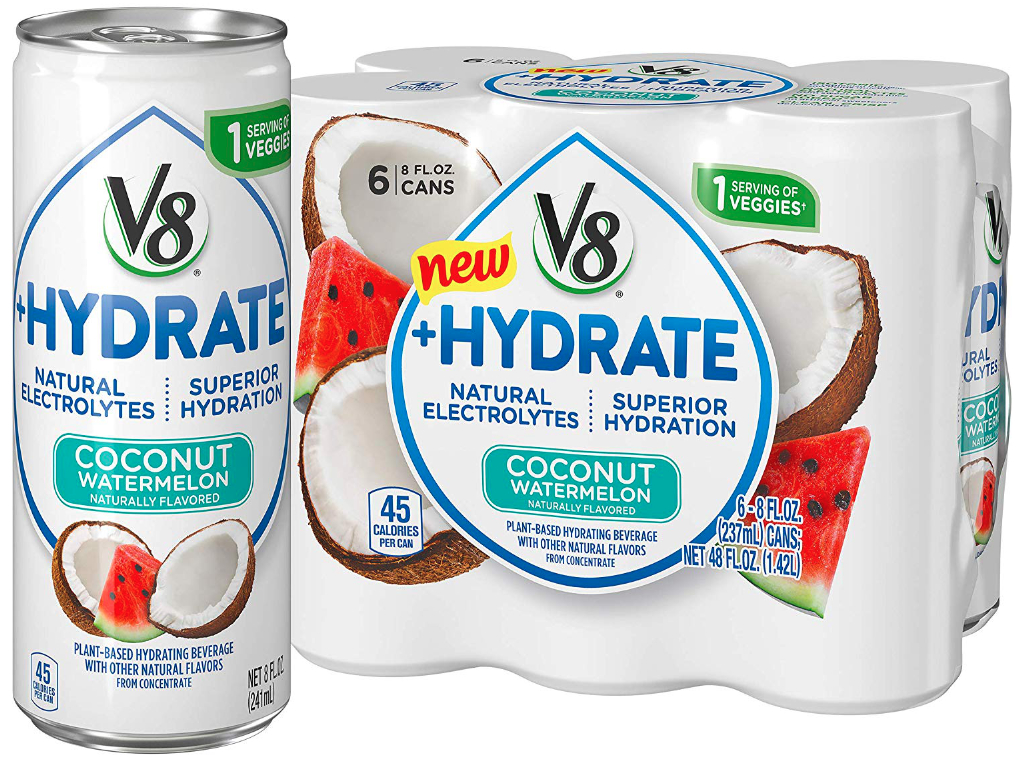 stores five times or more per month. Additionally, 56% of 18- to 29-year-olds and 53% of 30- to 44-year-olds prefer to buy beverages at a convenience store versus a drug or grocery store, according to GasBuddy research.

Packaged beverages represent the third largest in-store category in convenience stores, accounting for just over 15% of sales. More than half of consumers surveyed by GasBuddy said they buy a beverage at a gas station at least once a week, and 20% do so daily. Water is the top beverage product purchased at convenience stores by 18- to 29-year-olds. Carbonated soft drinks topped the list for older consumers.

“Bottled water is the most successful packaged beverage out there, and there surprisingly continue to be different ways to do it,” Mr. Beard said.

Alkaline water, which has a higher pH level than regular drinking water, is gaining steam in convenience stores. Bottled water infused with electrolytes, vitamins and minerals were offered by several exhibitors. New from the Campbell Soup Co., Camden, N.J., is V8 +Hydrate, which is described as a “plant-based hydrating beverage” with electrolytes and a full serving of vegetables.

Sparkling water and hard seltzers are “exploding in popularity,” too, Mr. Beard said.

Refrigerated snacks are on the rise. Shoppers perceive such products as fresher — and therefore, healthier — than shelf-stable options, according to market research firm Mintel, which identified six packaged product segments that define fresh snacking: refrigerated protein bars, protein snack packs, drinkable soups, bottled smoothies, yogurt and other products such as hummus and guacamole.

“Convenient protein-packed snacks in the refrigerated section are on fire,” said Stephen Oberto, vice-president of marketing at Oberto Snacks, Inc., Seattle, which is debuting refrigerated snacks under the Cattleman’s Cut and Oberto Specialty Meats brands.

Refrigerated nutrition bars were on display from Perfect Bar and Best Bar Ever. 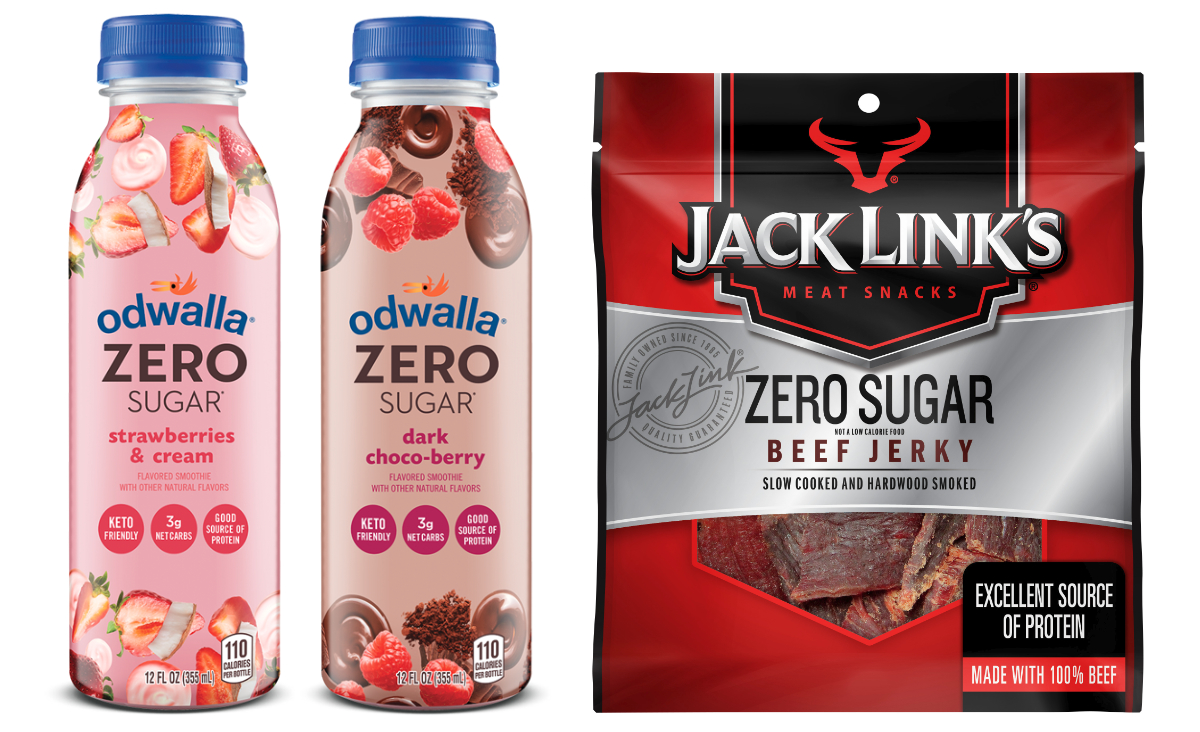 A number of meat snack brands in the past year have introduced low- or no-sugar varieties to appeal to carb-conscious consumers. Several exhibiting companies, including Jack Link’s, Werner Gourmet Meat Snacks and Tillamook Country Smoker, unveiled zero-sugar beef jerky at the NACS Show.

“More and more, consumers are searching for savory, low-sugar snacking satisfaction,” Mr. Oberto said. “We’ve seen these trends play out across categories and have invested in our processes to address this growing consumer need.”

Product developers are focused on reducing sugar in protein bars and shakes, too. At the NACS Show, Coca-Cola Co., Atlanta, debuted Odwalla Zero-Sugar smoothies in dark chocolate berry and strawberry and cream flavors. 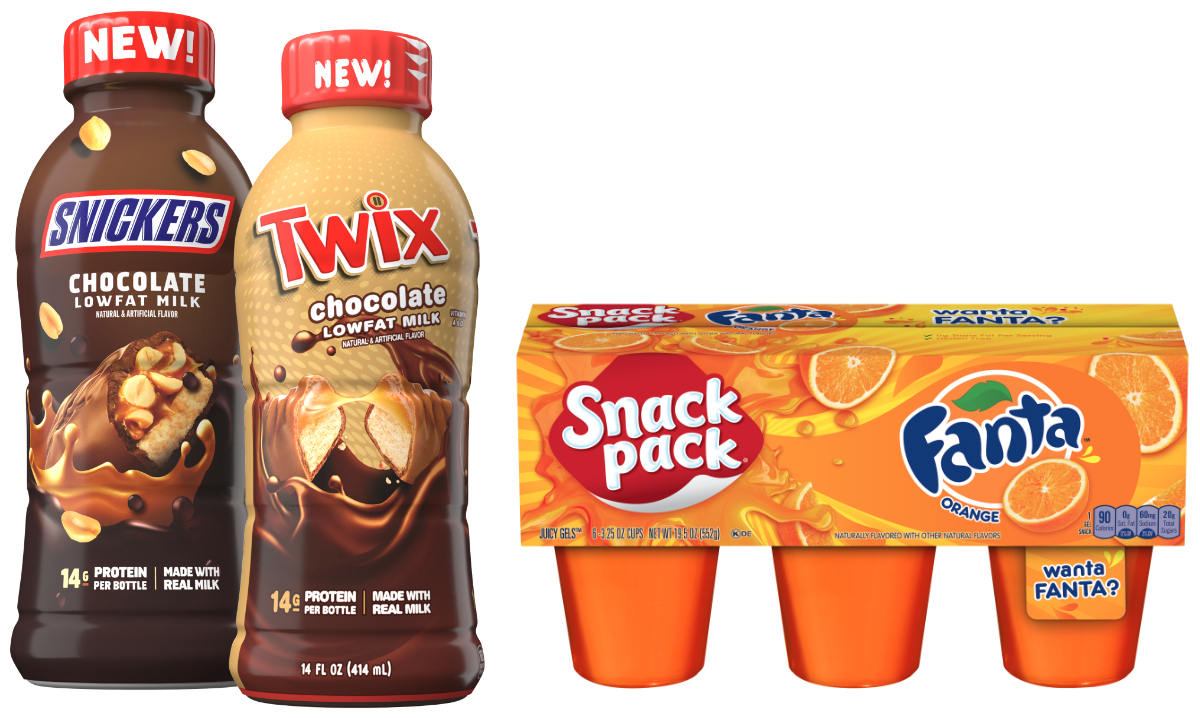 Leading packaged food players are teaming up to roll out co-branded snacks and beverages. Several examples were seen on the show floor.

Kellogg Co., Battle Creek, Mich., offered a sneak peek at a marriage between two of its own brands: Froot Loops flavored Pop-Tarts.