We use cookies to provide you with a better experience. By continuing to browse the site you are agreeing to our use of cookies in accordance with our Cookie Policy.
Home » Slideshow: New menu items from Checkers & Rally’s, Sonic, Lee’s Famous Recipe Chicken

By Rebekah Schouten
KANSAS CITY — The chicken sandwich wars that began in August 2019 between Popeyes and Chick-fil-A continue to rage on as restaurants launch their own takes on the offering.

The Classic Mother Cruncher Chicken Sandwich is made with a new creamy Squawk Sauce, pickles, iceberg lettuce and a slice of tomato served on a toasted bun.

“The chicken sandwich has certainly gained popularity in the quick-serve segment in the last year, but Checkers & Rally’s has an unparalleled history of taking typical fast-food fare up a notch — and the Mother Cruncher is no exception,” said Dwayne Chambers, chief marketing officer of Checkers & Rally's Restaurants, Inc. “Our fries have consistently been deemed the most craveable by the media and best-tasting by our guests, and we fully expect the Mother Cruncher to carry on the tradition and hold the No. 1 spot in the hearts of chicken sandwich lovers across the country.”

Sonic is downsizing its chicken sandwiches with the launch of new Chicken Slingers. The classic version features all-white meat crispy chicken, mayo and pickles on a brioche slider bun. The sandwich also comes in a spicy version, which adds Sonic’s spicy ranch sauce.

Lee’s Famous Recipe Chicken is getting in on the chicken sandwich craze with its own entry. The chain’s new Chicken Sandwich features a 4-oz, battered and honey-dipped white meat chicken fillet topped with dill pickles and chipotle ranch dressing served on a warm brioche bun. The sandwich may be ordered spicy or original.

“We’re excited to bring a chicken sandwich to our customers,” said Chuck Cooper, president and chief executive officer of Lee’s Famous Recipe Chicken. “With all the news about chicken sandwiches, our fans have been clamoring to see a chicken sandwich on our menu and we’re happy to be able to bring the famous flavor and quality to them in a sandwich form. If our test markets are any indication, our operators across the country are going to be even busier than they are now.” 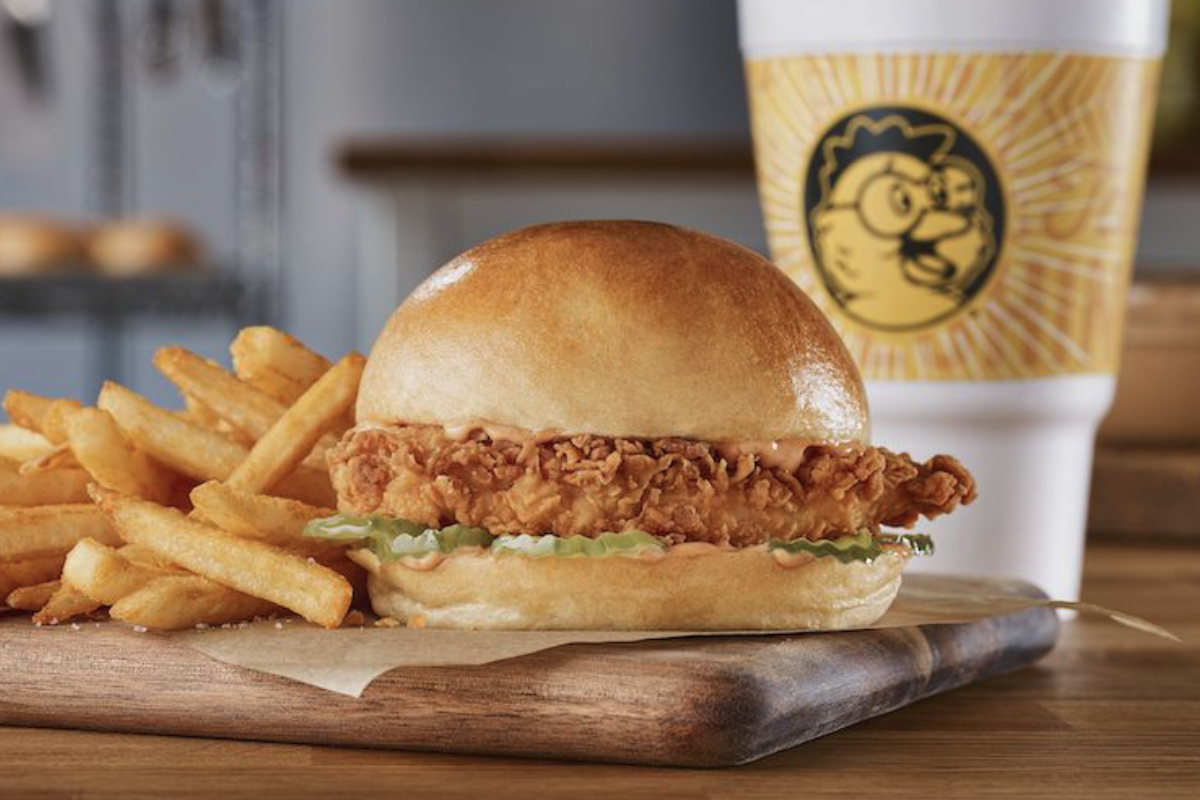 In May, Golden Chick threw its hat in the chicken sandwich wars ring when it introduced the Big & Golden Chicken Sandwich, featuring a 5-oz, breaded and deep-fried chicken breast with five pickles and the brand’s Lotta Zing sauce served on a hot yeast roll bun.

“We’ve been working on introducing a great chicken breast sandwich for some time,” said Jim Stevens, president of Golden Chick. “As a Texas-born brand with a 50-plus year heritage, we are thrilled to finally give our loyal and future guests a taste of what we are confident to be the best chicken sandwich on the market. It’s everything our loyal Golden Chick fans would expect from us and more … it’s extremely high quality, it’s big, it features our marinated chicken breast with our one-of-a-kind breading … it’s delicious. There’s nothing else like it.”

KFC claimed its spot in the chicken sandwich wars in May with a new KFC Chicken Sandwich being tested in Orlando, Fla., until June 21. While KFC already had a chicken sandwich on its menu, the restaurant chain decided to reformulate the offering to contend with the “steep competition” from Popeyes and Chick-fil-A, KFC said.

“We wanted a chicken sandwich that really lives up to our legacy as the fried chicken experts, and let’s face it, ours wasn't the one to beat,” said Andrea Zahumensky, chief marketing officer for KFC US. “We knew an upgrade was necessary, so we painstakingly selected each ingredient to create a bigger, better and more premium sandwich than ever.”

The new KFC Chicken Sandwich, which took a year to develop, features an “upgrade of every single component,” Ms. Zahumensky said. The brand worked with six different bakeries to try at least 10 variations of buns and went through 10 different pickles, eventually deciding on one that is 10 times more expensive than KFC’s other pickles. The final product includes a crispier chicken filet that is 20% larger, three thicker and crunchier pickles and a buttered brioche bun. The sandwich may be ordered with either plain mayo or spicy mayo.

The KFC Chicken Sandwich is being tested at 15 Orlando, Fla.-area locations until June 21 for $3.99, the same price as Popeyes’ chicken sandwich, which boasts similar ingredients: a large crispy chicken filet, three pickles, a brioche bun and a choice of classic or spicy mayo.