We use cookies to provide you with a better experience. By continuing to browse the site you are agreeing to our use of cookies in accordance with our Cookie Policy.
Skip To Content
Home » Clark Bar returning to its roots at age 101

Clark Bar returning to its roots at age 101

ALTOONA, PA. — Boyer Candy Co. in Altoona has bought the 101-year-old Clark Bar brand, along with its rights, recipes and equipment, from an unidentified seller, said Debbie Forgione, director of marketing and co-owner of Boyer Candy Co. The amount of the transaction also was not disclosed.

The Clark Bar has had a turbulent time recently with Boyer Candy Co. being the brand’s fourth owner in 2018. Boyer Candy Co. hopes to stabilize the brand in its native Pennsylvania, where manufacturing began in the Pittsburgh area in 1917. Manufacturing moved to Revere, Mass., after the New England Confectionery Co. bought Clark Bar about 20 years ago.

The chocolate-enrobed Clark Bar features peanut butter inside and a soft and flaky toffee at its center, said Ms. Forgione, who co-owns Boyer Candy Co. with her son, Anthony Forgione. Boyer Candy Co. will restore the “R” that looks like it has a foot in Clark Bar packaging, she said.

“It’s all part of history,” she said. “It’s like everybody remembers their favorite candy bar growing up as a child. We consider it now part of the Boyer family.”

David L. Clark first made Clark Bars, which were sent to U.S. troops in World War I. The Clark Bar had a “sibling rivalry” with the Mallo Cup, a chocolate and marshmallow item made by Boyer Candy Co., Ms. Forgione said. 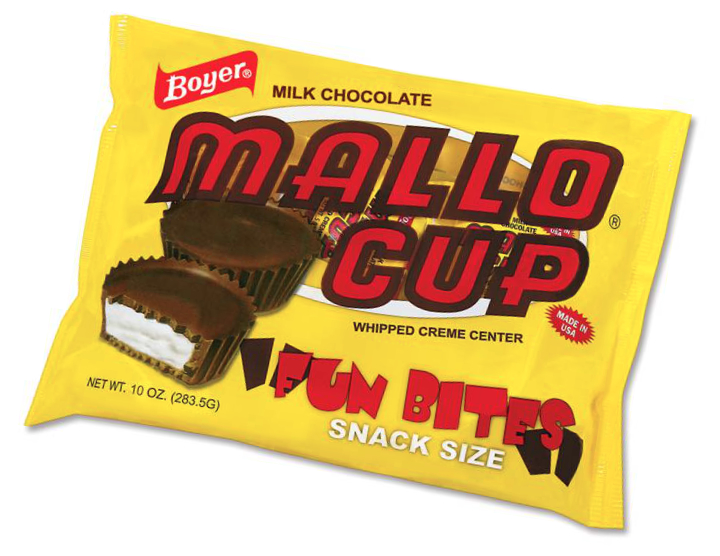 “They always kind of competed with each other, but we also had a soft spot in our heart for the Clark Bar,” she said.

The Boyer Candy Co.’s history dates to the Great Depression when brothers Bill and Bob Boyer sold candy that was made in their mother Emily’s kitchen. The company was incorporated in 1936, and the Mallo Cup also made its debut in the 1930s. The Forgione family has owned Boyer Candy Co. since 1984.

Boyer Candy Co. is moving equipment from the plant in Revere to the plant in Altoona and hopes to begin selling Clark Bars nationwide early in 2019, Ms. Forgione said.

The New England Confectionery Co. (Necco) lost ownership of the Clark Bar this year after filing for bankruptcy. Round Hill Investments, owned by C. Dean Metropoulos and his sons Evan and Daren, bought Necco on May 31 but then in late July shut down production at the Revere plant and sold the company to an undisclosed buyer.

An auction for certain brands and equipment of Necco is scheduled to take place Sept. 26-28 in Revere. Union Confectionery Machinery, which has a U.S. office in Harrison, N.Y., is representing the undisclosed company at the auction, said Jim Greenberg, owner of Union Confectionery Machinery. The undisclosed company will keep the brands Necco wafers, Sweethearts and Canada Mints, along with certain equipment, and set up manufacturing operations at another location, not Revere, Mr. Greenberg said.