Ketogenic coffee creamer, frozen paleo waffles and a meatless meat lover’s pizza are among numerous new products catering to so-called fad diets. However, such strict approaches may be fading away in favor of balanced eating for long-term health, Ms. Blumenfeld said. 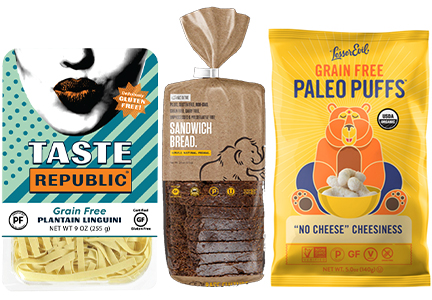 “We’re seeing food tribes experiencing a breakdown of these dogmatic principles that argue an all-or-nothing method that are not sustainable anyway,” she said. “If you’re eating keto, it’s going to be really hard to avoid carbs for the rest of your life. The new-wave tribal eaters are adopting the tenets of a specific diet and taking a balanced approach to finding products with nutrient-dense and whole-food ingredients.”

Whole30 claims are climbing, too, but as Ms. Blumenfeld noted, “Just because you choose a product that’s Whole30 approved doesn’t mean you’re actually doing the 30-day program at that time… it just means this is a healthy product, it’s clean label and has no sugar in it so this will be a good choice for me.”